Her Husband's Just A Milkman, He Can't Afford The Life-Saving Treatment Her Daughter Needs | Milaap

Her Husband's Just A Milkman, He Can't Afford The Life-Saving Treatment Her Daughter Needs 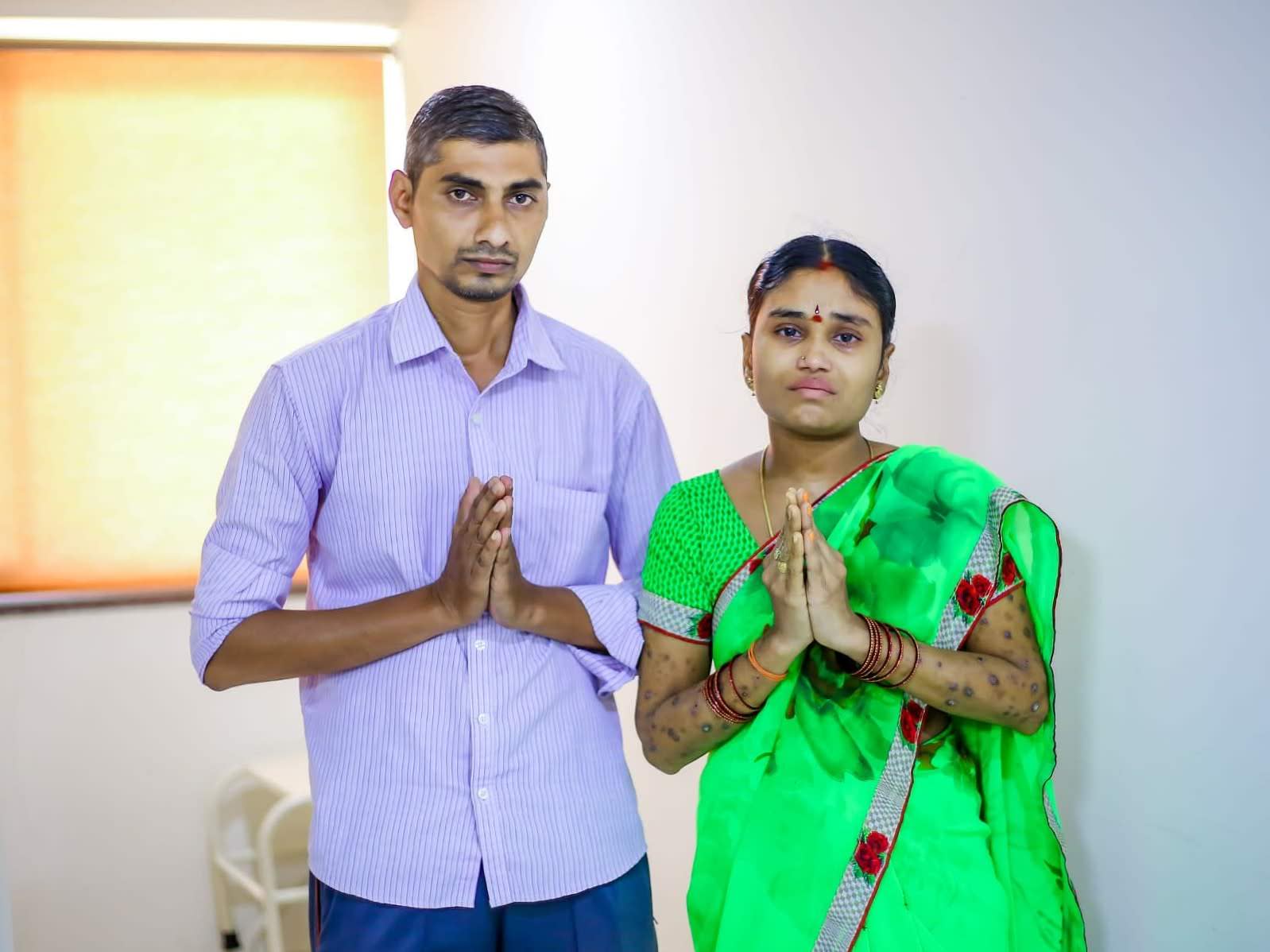 "She said she felt like vomiting, and so we took her to the bathroom. I was rubbing her back, telling her it would all be okay, when suddenly... suddenly she started vomiting blood! It seemed like it would never stop!
I was too stunned to move! All I could do was scream. It was the most terrifying moment in my life!" — Anusha, mother

That was the first time little Kiranmai vomited blood, but unfortunately not the last. For more than a year now this poor girl has been battling death. Only you can help save her life now.
It had started as just a fever, which refused to go away at first. After taking her to multiple local doctors, her parents had thought she was getting better when she vomited blood for the first time.

“We had to hospitalize her for 2 weeks. Doctors told us not to worry, that some medicines would help fix it, and we believed them. But then 4 months later it happened again! We took her to a bigger hospital and it turned out that she had some life-threatening disease! That her liver was dying!” — Anusha

They thought they had time, but Kiranmai is dying now

“Though the diagnosis terrified us, doctors told us a liver transplant can save her life. Moreover, they said it wouldn’t even be necessary for a few more years, and that daily medication would keep her healthy. But last month, just a little under a year later, our Kiranmai started vomiting blood again, and it’s worse than ever before. She is weak all the time, and just by looking at her you can tell something is wrong; she’s not the same active little girl she used to be! She’s dying, and now she needs that liver transplant immediately. But we just can’t afford it!” — Anusha

Only an urgent liver transplant can save her life

Kiranmai has chronic liver disease, coupled with a severe bleed in her gastrointestinal tract. The poor girl is in pain all the time, and each passing moment brings her closer and closer to death. Medicines are able to temporarily control her symptoms, but only a liver transplant done immediately has any chance of actually curing her. Without it, this 7-year-old’s time is running out, and very quickly. But her parents can’t afford such a procedure.

'I’m just a milkman, I can’t save her no matter how hard I try’

“Before, when it was the daily tablets she needed, I really thought I would be able to keep my daughter alive. But now... now only a liver transplant can save her. Anusha is willing to be the donor, but nothing will happen unless we can afford the procedure! Kiranmai is dying right now, in front of my eyes, but we’re unable to do anything about it! Please, you’re our only hope. Please help us, even small contributions can make all the difference!”  — Amarnath, father