‘She Fears She Will Never Be Able To Go To School Or Draw Again Because She Is So Sick’ | Milaap
Receive tax benefits by donating to this cause. 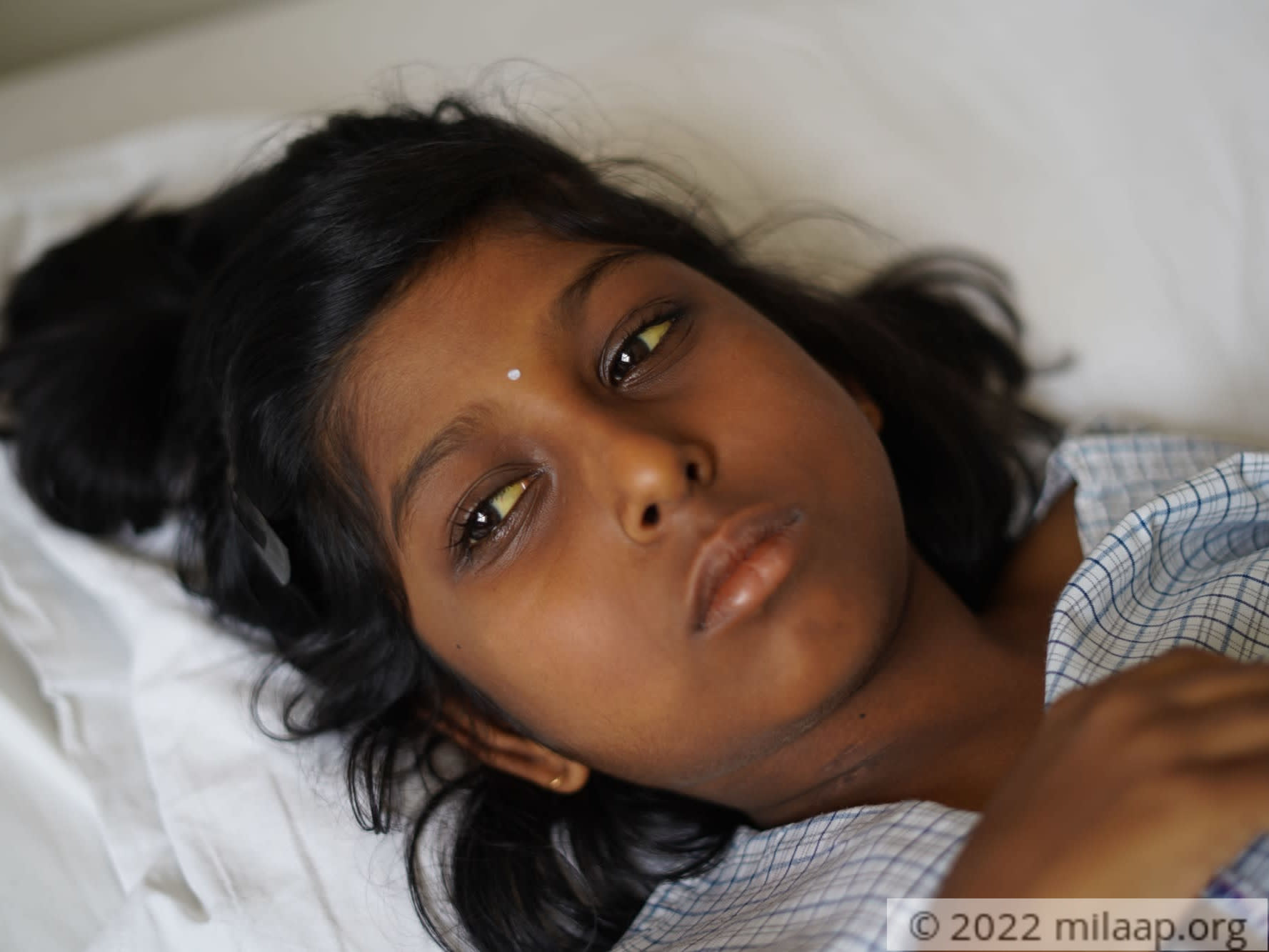 “Kannika has always been a sensitive child, but now she has become so quiet and withdrawn. It breaks my heart to see this side of her. She was so passionate about her studies and drawing - it was all she would talk about prior to falling sick. But now, the thought of not being able to do the things she loves scares her and I am failing to provide her comfort. The overwhelming fear of losing her is eating at me.” - Hema, mother, tearfully

The signs of trouble first came as nothing unusual. 2 months ago, Kannika had noticed that whenever she passed motion, her stools were dark in colour. Her mother thought it could have been because she hadn’t been drinking enough water. But days later, things took a turn for the worse, as the 8-year-old started experiencing stomach aches and would vomit everything she ate.

Little Kannika is suffering from Wilson’s disease, a rare inherited disorder that causes copper to accumulate to dangerous levels  in the liver, brain and other vital organs. The disease was detected too late and her liver had already sustained a lot of damage. Now, her only way out of this is a liver transplant.

“It is a genetic disease, the doctor said. I had never heard of such a thing in my life, until I saw my daughter suffering from it with my own eyes. How could it be that we were unaware for so long? No treatment has worked on her… In fact, it just made everything worse.” - Niranjan, father

She suddenly became critical, they thought they were going to lose her

It wasn’t long before Kannika was showing full-fledged symptoms, including yellowing skin and eyes, and a swollen belly. Soon, her condition deteriorated to the point where she had to be rushed to the ICU.

“She was in critical condition after her bilirubin levels shot up, and she was unconscious for days. At that moment, we had thought she was going to leave us forever! Thankfully, with plasma therapy and 5 rounds of dialysis, her condition was stabilised.But now, her disease has surpassed the stage where medicines can help. Only a liver transplant can save her life.” - Hema

He’s spent every last rupee he had on his daughter’s treatment so far, and has nothing left

Niranjan makes a decent income from his small general store, and has been able to give his family a good life, ensuring all their needs are met. But with his eldest daughter falling ill, all his life savings were used up within days in just paying off her hospital bills. The family had been relieved when they found out that her mother, Hema was matched as Kannika’s donor. But the hefty price of the procedure left them completely disheartened.

“Everything that I had saved up for my children’s future is gone. I have no way to pay for my daughter’s life-saving procedure. And on top of all that, we recently learned that our son could possibly inherit this disease as well, and we need to start his treatment at the earliest, to avoid further complications. I just don’t know what to do” - Niranjan

Your generous contributions can get Kannika a liver transplant. With your help, she can go back to school, enjoy her childhood and indulge in arts and crafts, just as she once did.