This Chowkidar Is Racing Against Time To Save His Son From A Deadly Blood Disease | Milaap
loans added to your basket
Total : 0
Pay Now

A
You are sending a message to
Selva Raj
Go back 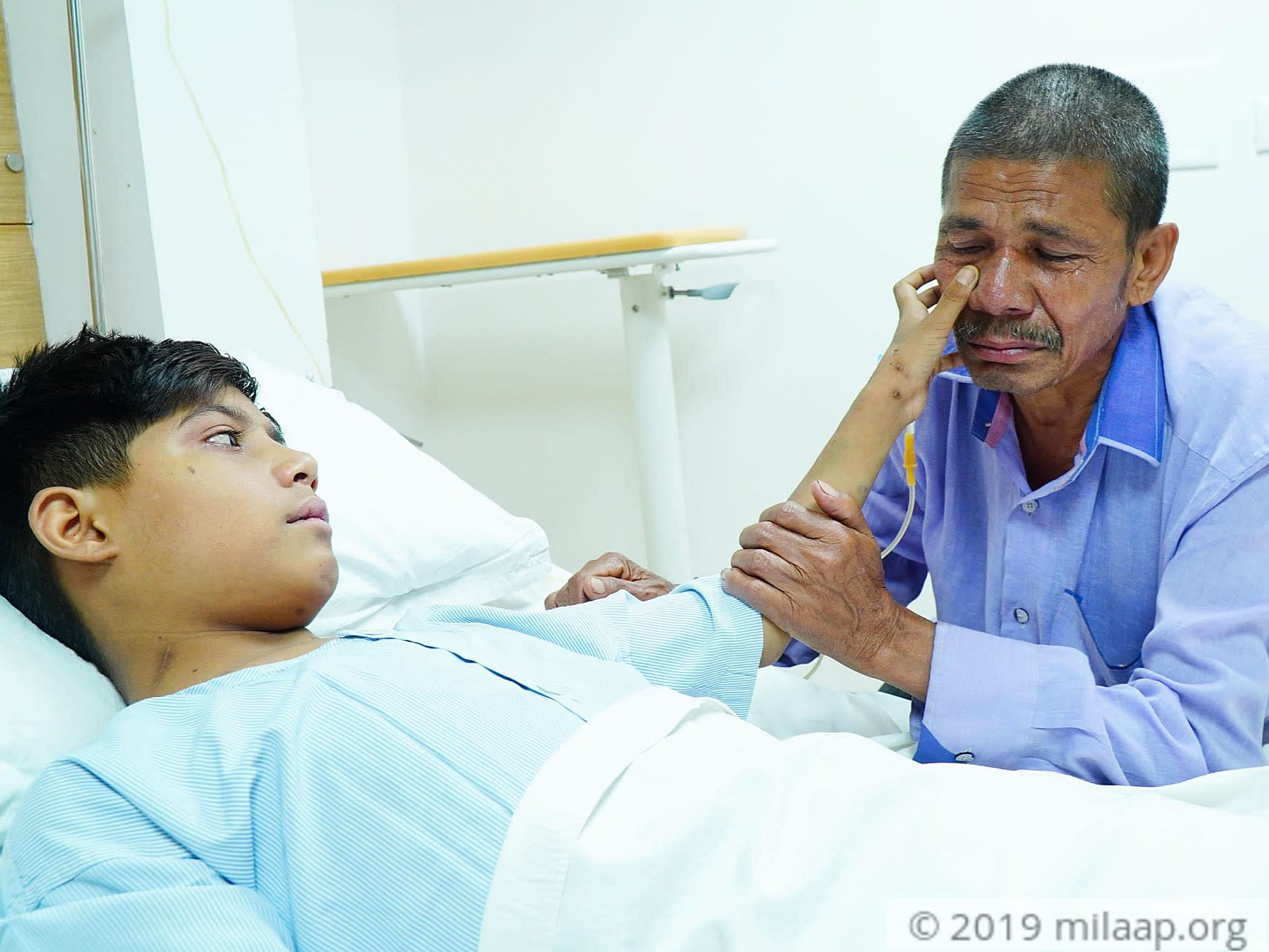 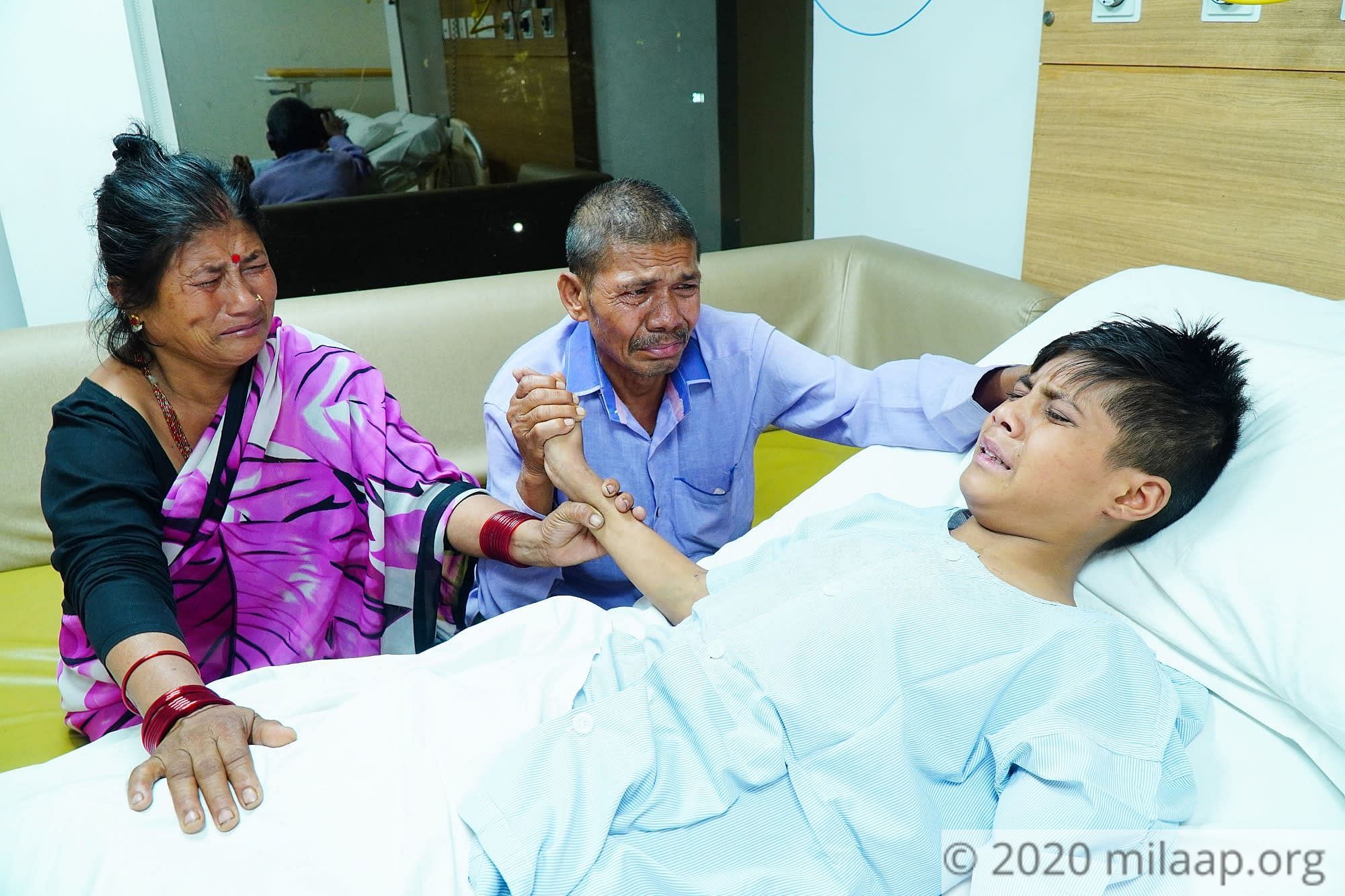 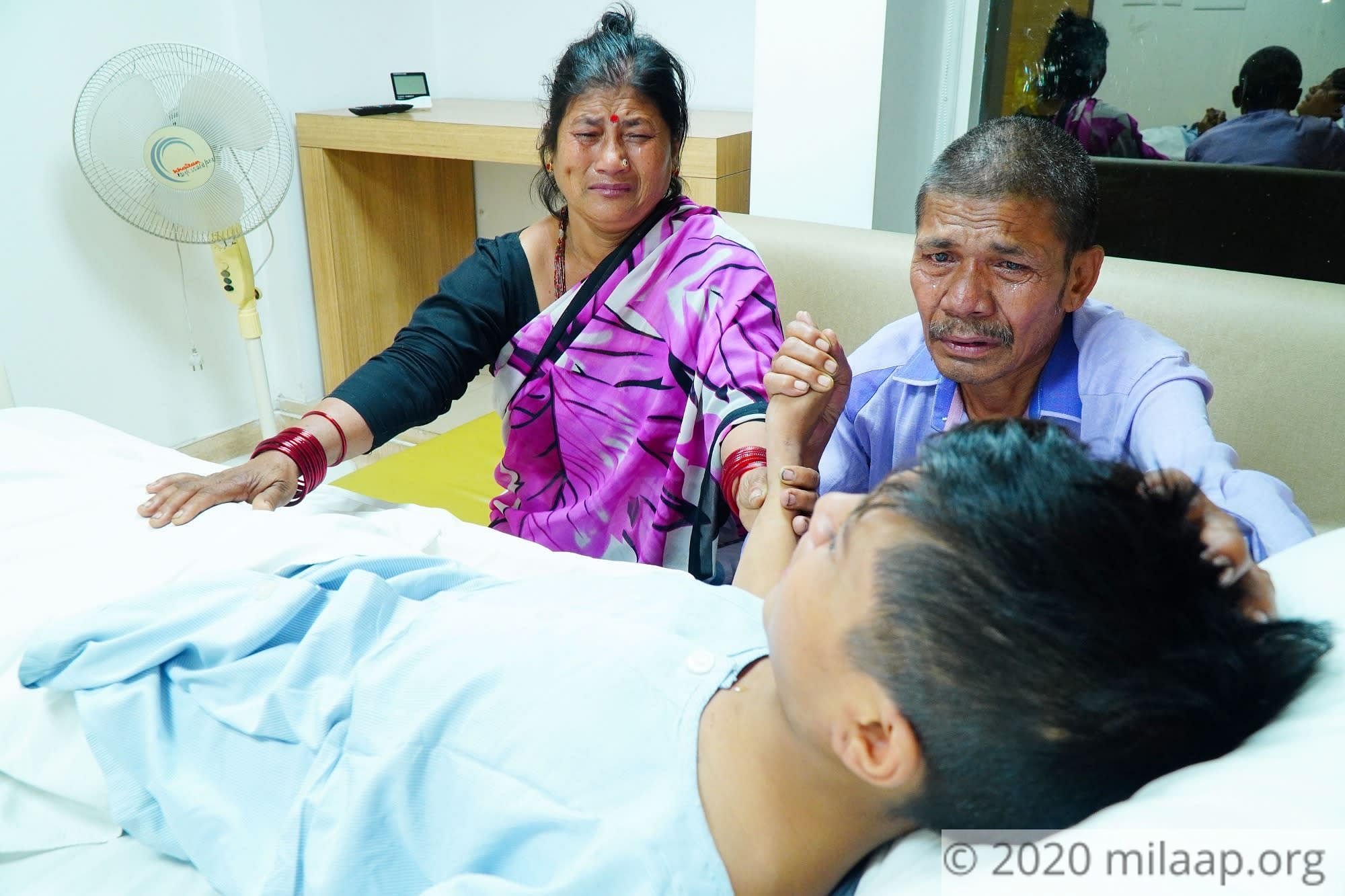 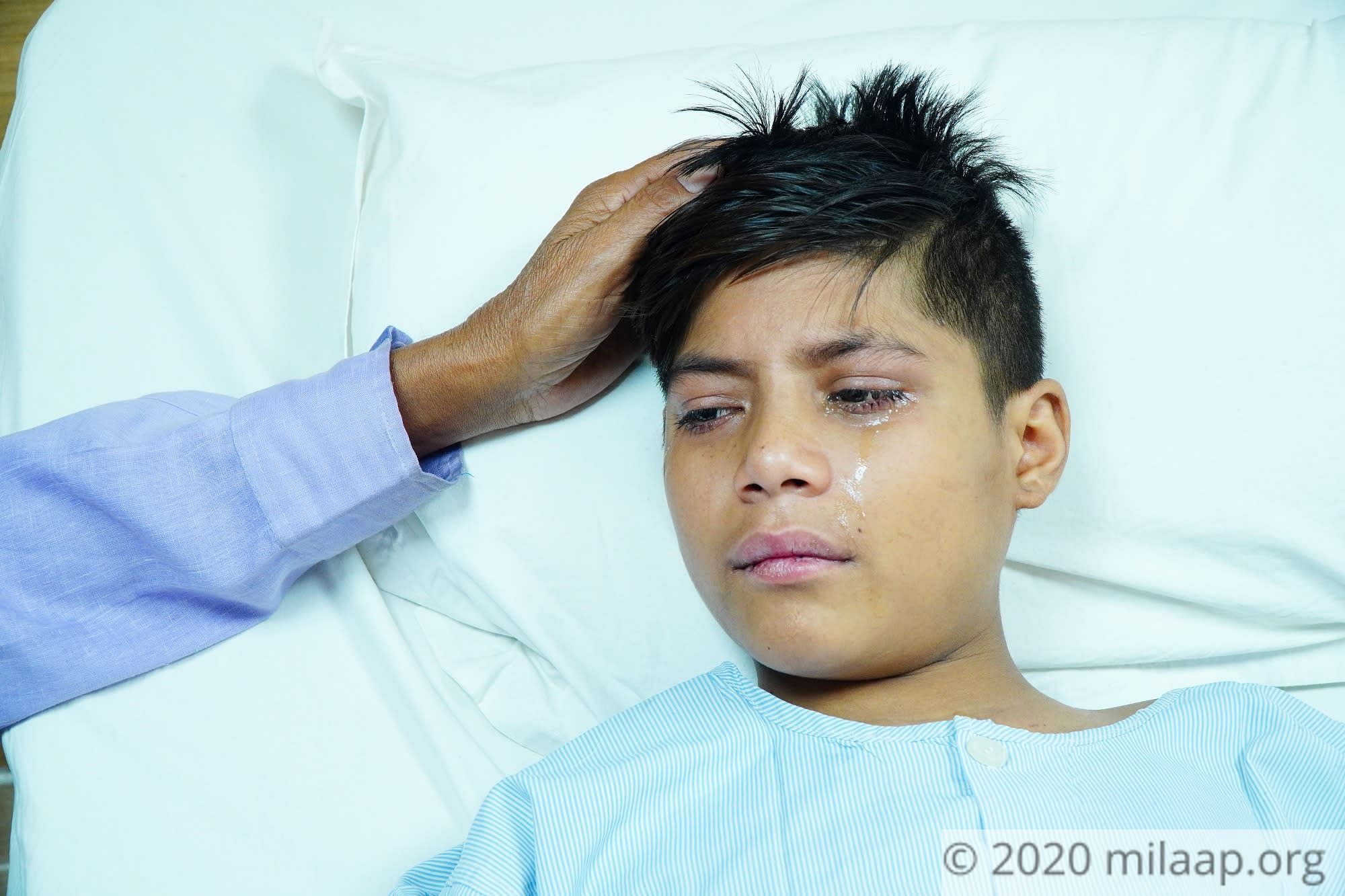 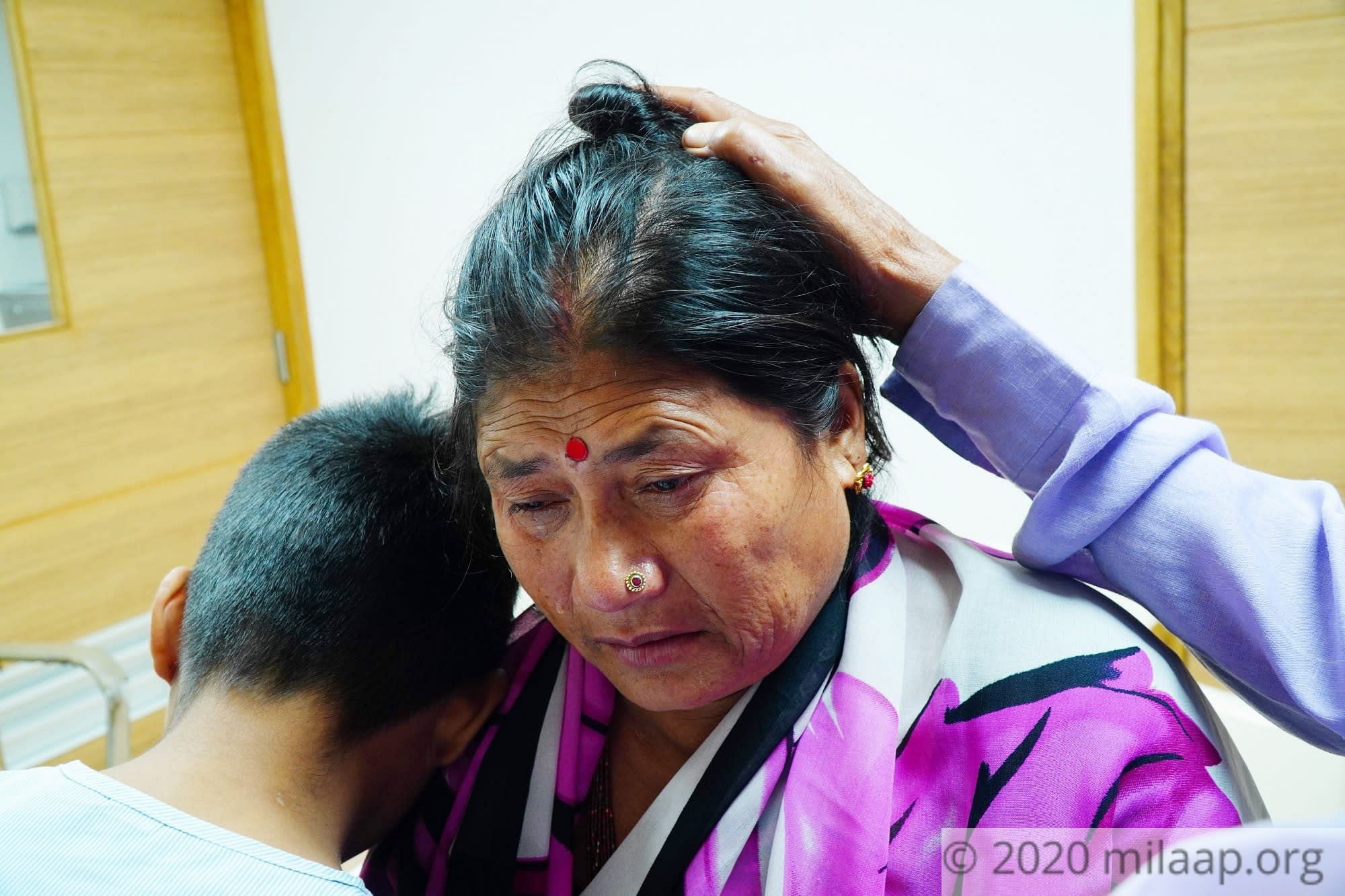 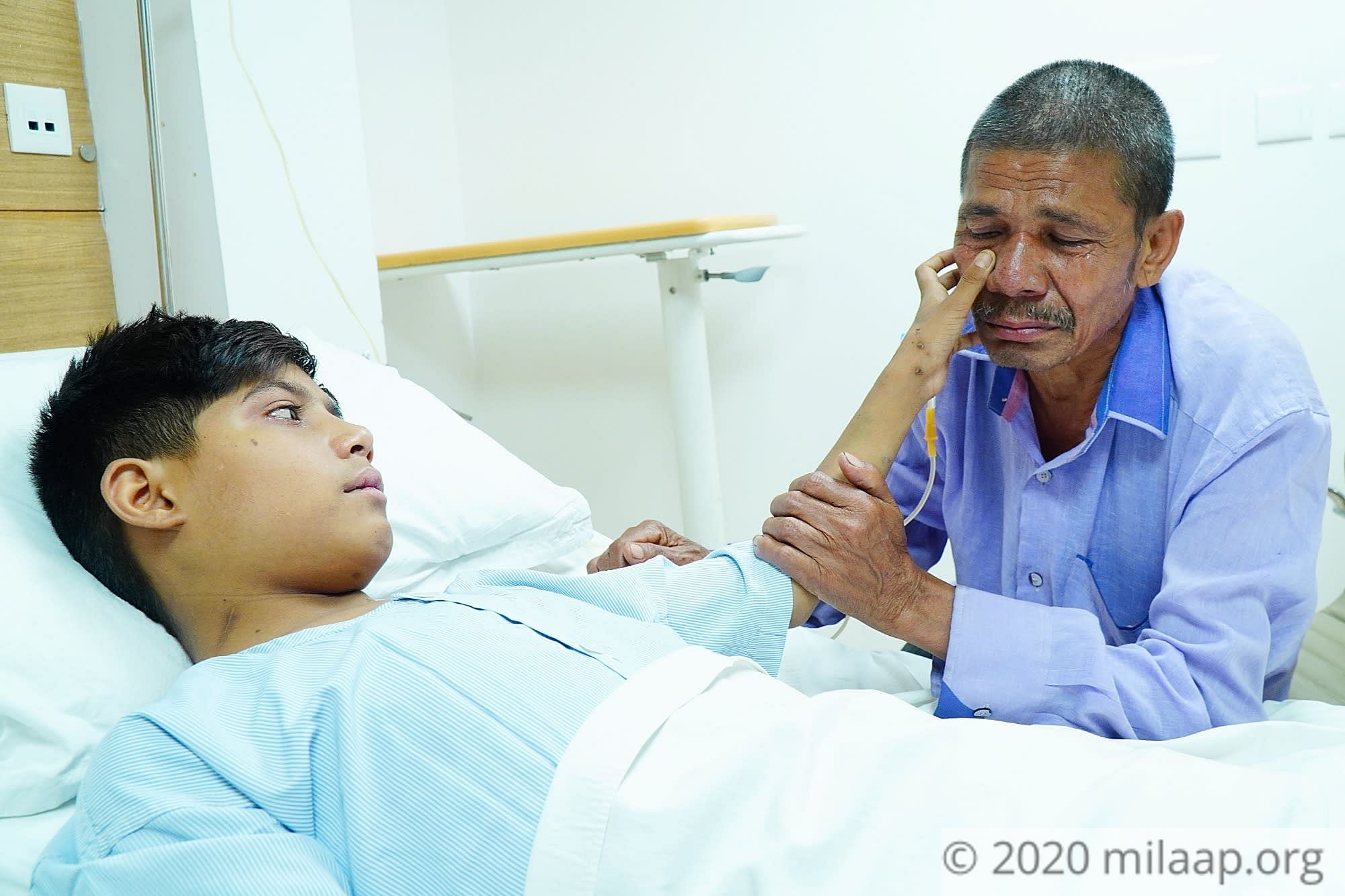 Share on facebook
14-year-old Babu Ram doesn’t know how much time he has in his hands. His body has stopped producing new blood cells. He needs blood transfusions in every 7 days but even those are not helping him anymore. Doctors back at home had given up but Babu Ram’s father, Gopal didn't. He rushed Babu Ram to the city for better treatment. Babu Ram needs an immediate bone marrow transplant without which he cannot survive.


Gopal is a chowkidar (security guard) at Bhopal. He had taken a few days leave to bring his son to Jaipur for getting him treated.But his leaves are over and now he has to go back to work.

“The way I left my son in the hospital, I don’t know if I will ever see him alive. He is bleeding from his gums, he has high fever - he can’t even get up from the bed. There are bruise marks all over his body. It’s just horrible to see him like that. I am going back home today, I will try everything I can but I know it won’t be enough,” - Gopal Singh, father.

Saraswati has given up eating - she is scared for her son

Babu Ram’s mother, Saraswati hasn’t been able to eat anything for days. She sits beside her son and cries inconsolably in between her prayers. His elder son, Rudra, tries to make her understand but a mother’s heart doesn’t understand any reason. All she wants is Babu to become better.

“Why did it have to happen to my son? He was fine a few months ago. How did all this happen?”- Saraswati breaks down.

Gopal makes about Rs 10,000 as a chowkidar and his elder son works as a cook. But even their joint income was not enough to keep Babu in school. He had to drop out of school when he was in standard 4. Despite all the hardships, they were happy until Babu Ram was diagnosed with Aplastic Anemia.

“We need 20 lakhs. How will a family like us arrange for so much? We are neck-deep in debts, the 3 lakhs that we have spent is all borrowed. I don’t know how long we can continue like this. We need your help to save our son, we need it now,” - Gopal.

A small contribution from your side can save Babu Ram. His poor parents are struggling, they are looking up to you for help 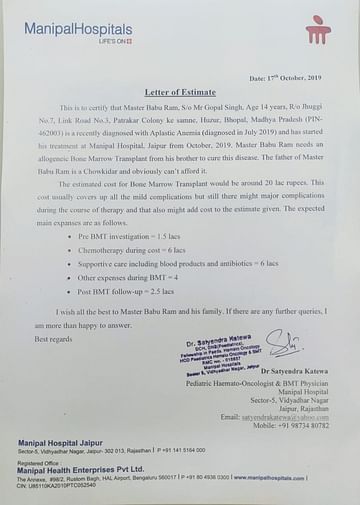 Will pray to Sai for your speedy recovery.