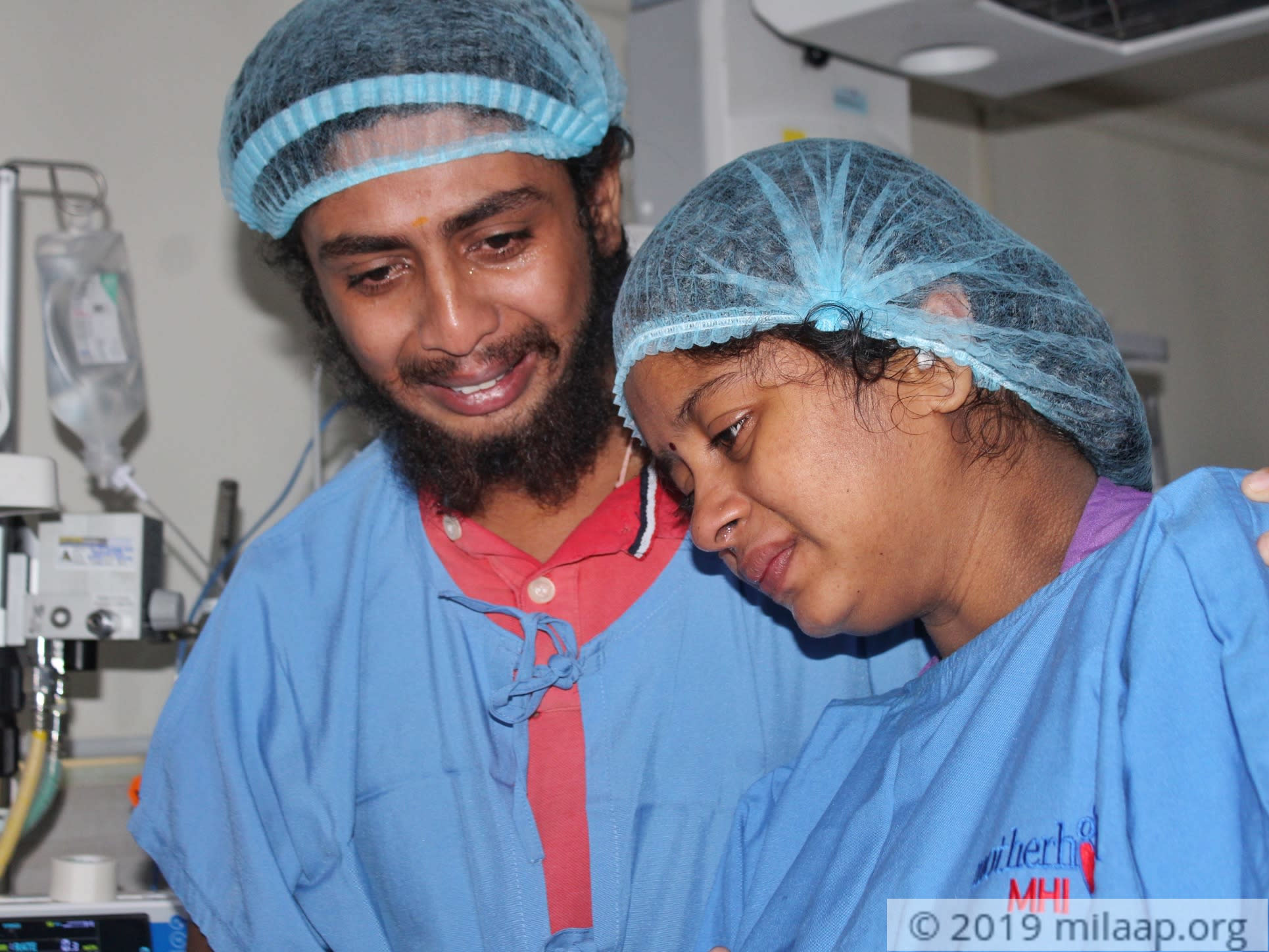 Share
Rajendran is a family man. He is responsible and dedicated. His dreams, like him, are simple. He wants a family and he wants to do his best to take care of them. Rajendran’s dream did come true 7 days ago, but just minutes later, it all came crashing down. Rajendran and Jagadha were blessed with triplets, but each of them is now fighting their own battle of survival. This is not the life Rajendran had ever envisioned.
“Jagadha has seen them only once. I’m here with two of my babies, while she’s with our other baby in another hospital. My family is broken..separated even before we could be together. Was it too much to ask for? To have a family? To be happy? Look at how small they are…”
Rajendran and Jagadha’s babies are so small because they were born in the 7th month of her pregnancy. All three babies are now in the NICU on oxygen support, but two of them are in critical condition. They need to stay in the NICU for another month, but how can Rajendran afford it when he hasn’t gone for work in a week?

How do I tell a mother that she'll lose 3 children?

Jagadha is very restless these days. The past 7 days have been nothing short of a nightmare for her. Her stitches from the delivery hurt, she can barely walk or stand for long, but none of this compares to aching pain she has in her hurt because she can’t be with all 3 of her babies. She calls Rajendran all the time, often breaking down.

“She asks me if there’s any positive news…I tell her that they can get better, they’re very brave. But how do I tell a mother that I’m the reason her babies won’t survive?”
Tubes, medicines and injections – any parent would break down watching their newborn babies go through all of this. They haven’t seen the world outside the hospital, and they might never get to if their parents can’t afford the treatment.

In the 1.5 years that they have been married, Rajendran and Jagadha have made many promises to each other – one was that they will give their children a better life than they had. These first-time parents can’t help but feel like they’re failing each other and most importantly, their babies.

“We have two boys and one girl. When we first found out we were having triplets, I was so happy…but also worried. How would I take care of 3 babies with my income? So I started planning, checking what more I could do, how many more hours I could work. But now…”

Rajendran works in a small photocopy shop in Bangalore and earns Rs. 8,000 per month. In the past 7 days, he has already spent 2 lakhs trying to keep his babies alive. They need to stay in the NICU for longer to survive, but Rajendran just can’t afford it. He needs your help.
BO
Patient Baby of Jagadha is 5 days old, living in Bangalore, Karnataka
MH
Being treated by Dr.Deepa in Motherhood Hospital, Bangalore, Karnataka