8-Month-Old Cannot Even Drink Milk Without Choking Due To Split Lip And Mouth, He Needs Urgent Surgery | Milaap
Receive tax benefits by donating to this cause.

8-Month-Old Cannot Even Drink Milk Without Choking Due To Split Lip And Mouth, He Needs Urgent Surgery 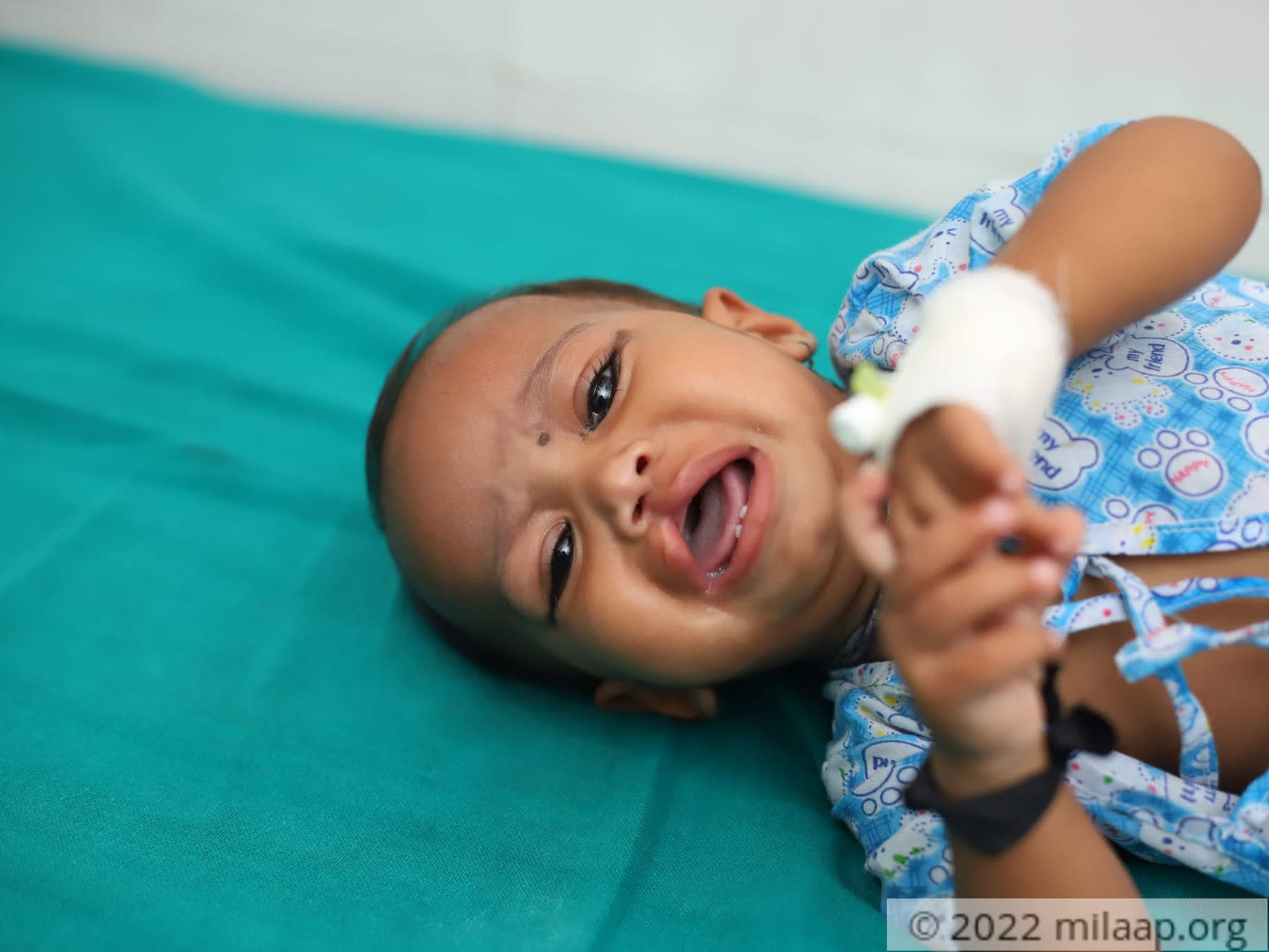 “My son was born like this. Everyone stares at him because of his disfigured lip and mouth. He is our first child, but we have not enjoyed any happy moment with him till now because of his condition. A baby’s primary need is milk – he cannot even suckle properly.” – Tabassum, mother.

8-month-old Azaan has a cleft lip and palate which is an opening or split in the upper lip and the roof of the mouth (palate). Cleft lip and cleft palate are a birth defect that arises when facial structures that are developing in an unborn baby don't close completely.

‘He suffers from lung infection frequently…his life is at risk’

Azaan’s condition has not only disfigured his face, but it has endangered his life too. Whenever the little one tries to suckle and drink milk, it goes straight to his lungs, and he chokes on it. He starts crying immediately which makes everything worse. His poor mother cannot do anything to soothe him and make him feel better. In the last eight months of his life, he has suffered from fever and lung infection more than a couple times.

“There have been instances where his condition was very severe. We would go through hell then. He cries constantly nowadays. I don’t know from where he is getting the energy to cry, but this is the only way he gets to express his pain.” – Shiam Khan, father.

They have knocked at many doors for help, but nothing has come so far

Azaan’s parents have been told that he can only get better with an urgent surgery. He cannot live like this forever, putting his life at risk due to recurrent infections. Ever since then Shiam, a labourer based in their hometown of Kanauj in UP, has been trying his best to accumulate enough funds to admit him in the hospital at least. But, all in vain.

“We are very poor people. Our near and dear ones are also poor. So how will they help us? They want to because they can see that our son is suffering – but they cannot. I understand that. If you can spare some money, please help me save my son.” - Shiam Khan.

Azaan can undergo surgery and grow up to be a healthy baby if you help him. Click here to contribute.
A
Patient Azaan is 8 months old, living in New Delhi, Delhi
SH
Being treated in Swastik Hospital, New Delhi, Delhi