Coronavirus Pandemic Is Keeping This Boy With Rare Disease | Milaap 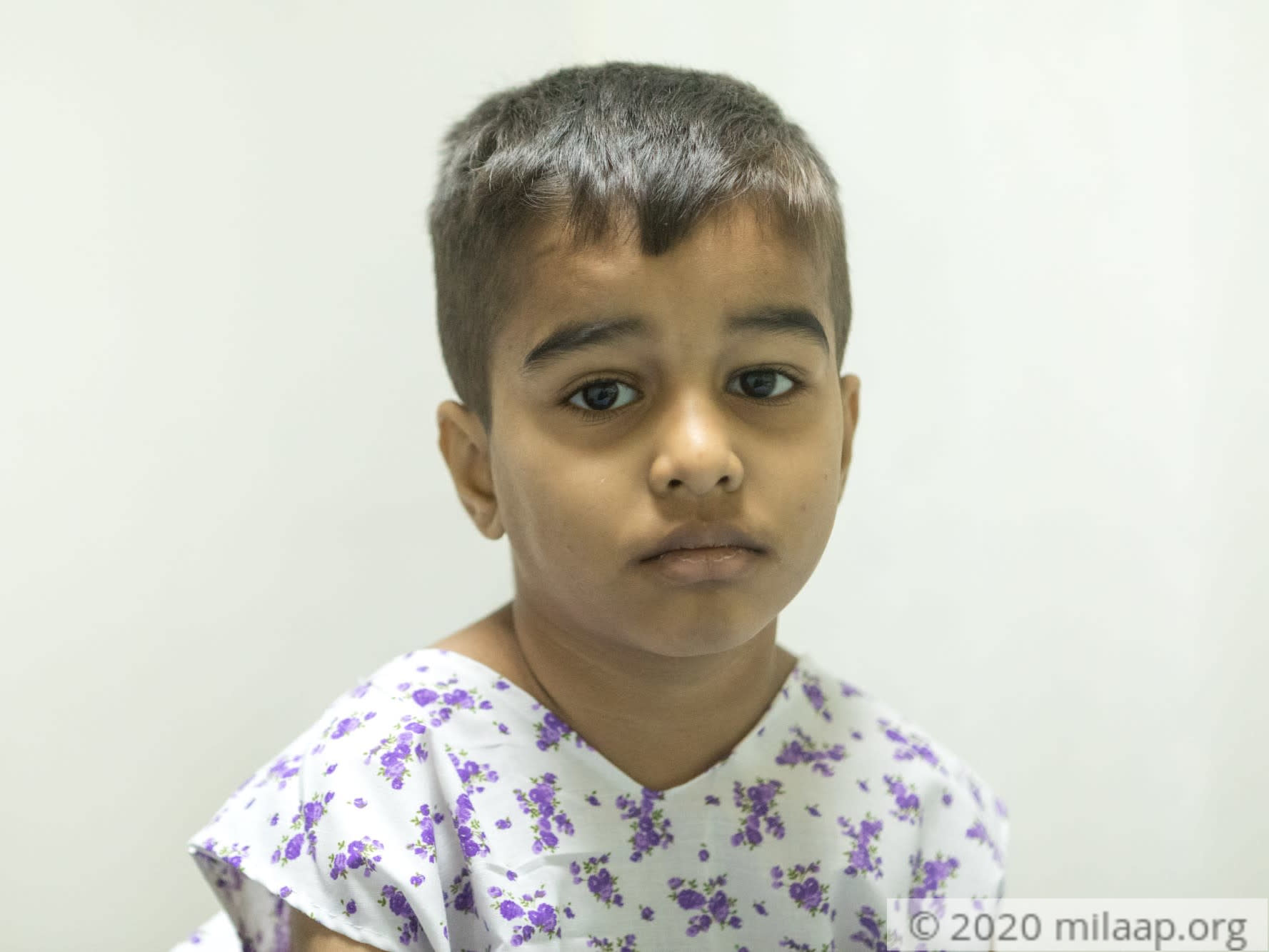 Share
With the outbreak of COVID-19, there are many things that are at a standstill, so is little Ayaan's life. Ever since Ayaan was 7 months old, all he has known is pain. Not even a single day goes by without him screaming that his stomach hurts. He has spent his childhood within the four walls of his house, most of the time unable to move even an inch due to the pain.
“...and whenever such pain comes, it is intolerable. We take him to the hospital or give him painkillers. For eight years, I ran from one hospital to another. There is no big hospital that I haven’t visited till now. It was only few months back, after one of the tests, that it was finally diagnosed.”

Ayaan has an extremely rare disease called 'Complement Hyperactivation, Angiopathic thrombosis, and Protein-losing Enteropathy', also known as CHAPLE Syndrome. Doctors have told his parents that Ayaan is one of the very few people suffering in the world. This is an extremely life-threatening disease where protein levels go down and the body is vulnerable to multiple infections.
During one of the hospital visits in Delhi, he went to the India gate to celebrate independence day.
Only Eculizumab, one of the most expensive drugs in the world, can save Ayaan’s life, and need to be given once every week. It will cost 25 lakh rupees every month for 2 years, a sum his parents can never arrange. Luckily a US drug company, sponsored Ayaan the drug for free and just when they were about to leave to save little Ayaan, the massive outbreak occurred cancelling all the plans. Until the situation gets better there is no other way but to keep provided the drug here in India but the cost is unbearable and the parents are fearing to lose their child.

“Now finally we had the chance to beat this disease and end his life long-suffering. We were all prepared to take him to the US for treatment, flights were booked and our relatives arranged our stay as well...this corona, it ruined everything. I am so scared now that I might lose him. Why can't it all just end? How much more does he have to suffer?"
“These injections are the only way to save him but 6 lakh rupees every week for his injections and treatment? I can’t afford them, how can I? I am just a postman!”
Tajuddin works as a postman and his salary would never have been enough to keep his son alive this long if his relatives and friends hadn't helped him through these difficult times. They managed with great difficulties for eight long years but affording this treatment now is way beyond their capabilities.
You are their only hope. Your generous contribution can save this little child from never-ending pain and give him a chance at having a normal life.
A
Patient Ayaan is 8 years old, living in Hyderabad, Telangana
RC
Being treated by Dr. Prashant Bachina in RAINBOW CHILDREN HOSPITAL, Hyderabad, Telangana