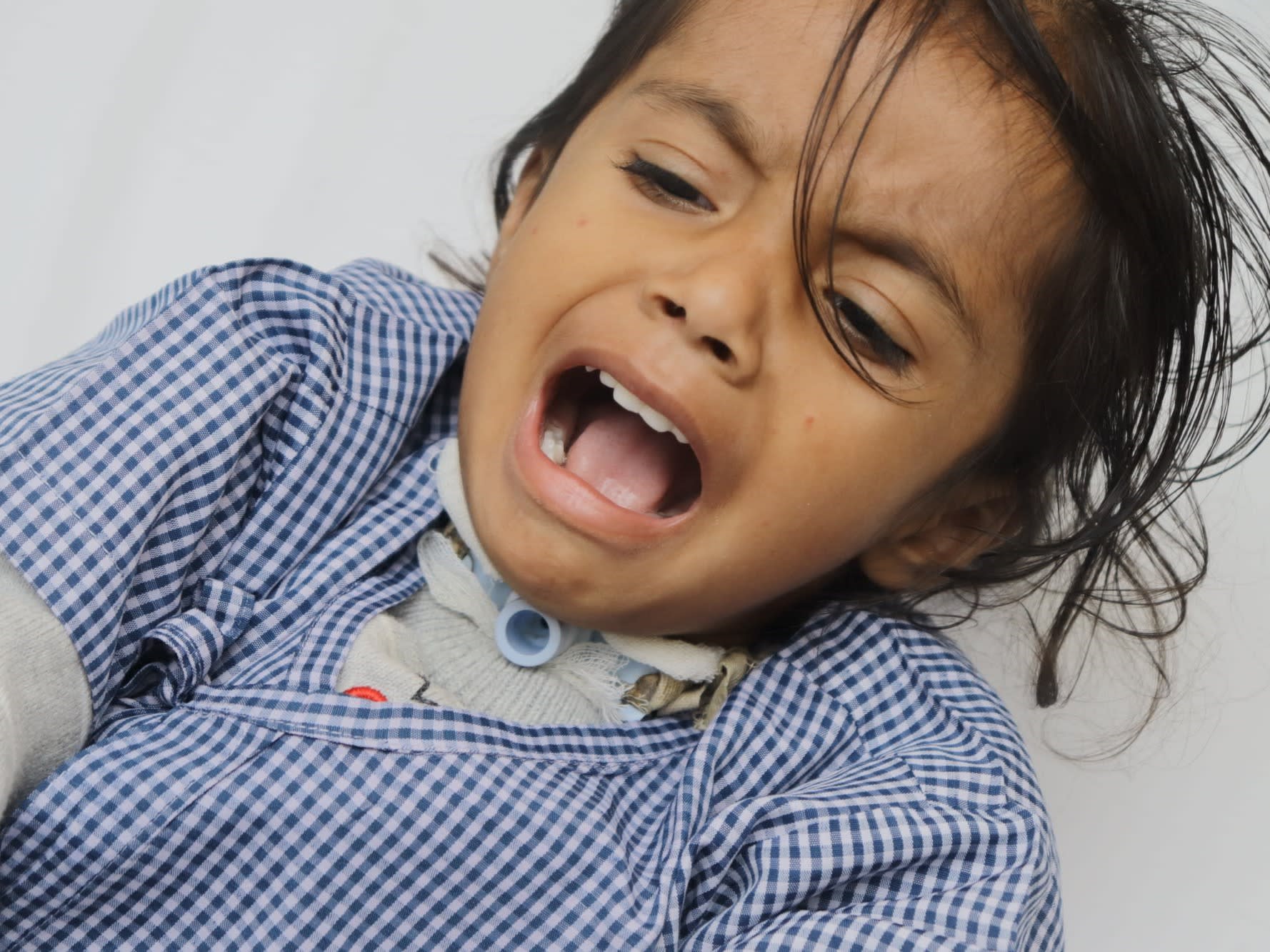 "She suddenly started vomiting that night. At first it was somewhat normal but then she started crying as she vomited, as if she was in great pain. We tried our best to comfort her but didn’t know why it was happening in the first place. And then we saw the remote near her, with its back-cover removed.
Our daughter had swallowed a battery and the chemicals had started leaking! It was slowly making a hole in her throat!" — Bhoop, father

They thought it would pass through her system with no harm but...

Bhoop and Mala hadn’t realized the severity of their daughter's situation until much later. As soon as they figured out that Ashi had swallowed a battery, they had taken her to a local clinic immediately.

“Everyone, including that doctor there, told us that babies swallow things all the time and that I didn’t need to worry. They said it would pass through his digestive system and eventually out of his body with no real harm done. But by the 2nd day Ashi’s condition got worse, not better...”

The chemicals leaked and made a hole in her throat

Instead of passing through her system without leaving any trace or causing any harm, it had gotten stuck in her throat. It had started leaking extremely toxic chemicals directly into her throat.

“We took her to a bigger hospital the next day and scans confirmed that the battery was still stuck in my daughter’s throat. She had to be taken into surgery right away where they tried their best to remove it. But the damage was already done. The chemicals had burned a hole into her food pipe and wind pipe. Anything she tried to eat started going into her lungs! It was actually killing my little Ashi!” — Bhoop, unable to continue

The battery’s toxic chemicals burned a hole between her food pipe and wind pipe in her throat. Every time she tried to eat anything the food particles would enter her lungs, something that’s extremely dangerous. The doctors were forced to surgically add a new hole at the base of her neck into her windpipe, and then insert a tube into her foodpipe through her nose. The former was to let Ashi breathe in clean, unobstructed air, whereas the latter was so she could be fed through it.

She needs surgery to fix the injury, but her parents are helpless

“I used to be an entry-level IT employee. Didn’t earn much but it was enough to support my wife, my newborn, and my parents. But I lost my job during the pandemic, and I’ve been looking for one ever since with no success! We were already on our last legs financially when all this happened. Please, she’s in so much pain! She has to eat and breathe through tubes, she’s only a 2-year-old!” — Bhoop

You are this little one’s only hope now. You can help her by clicking here to donate.
AT
Patient Ashi Tiwari is 2 years old, living in New Delhi, Delhi
SG
Being treated in Sri Ganga Ram Hospital, New Delhi, Delhi