7-Year-Old Is Dying Without Treatment, Her Mother Can't Hide The Truth From Her Anymore | Milaap

7-Year-Old Is Dying Without Treatment, Her Mother Can't Hide The Truth From Her Anymore 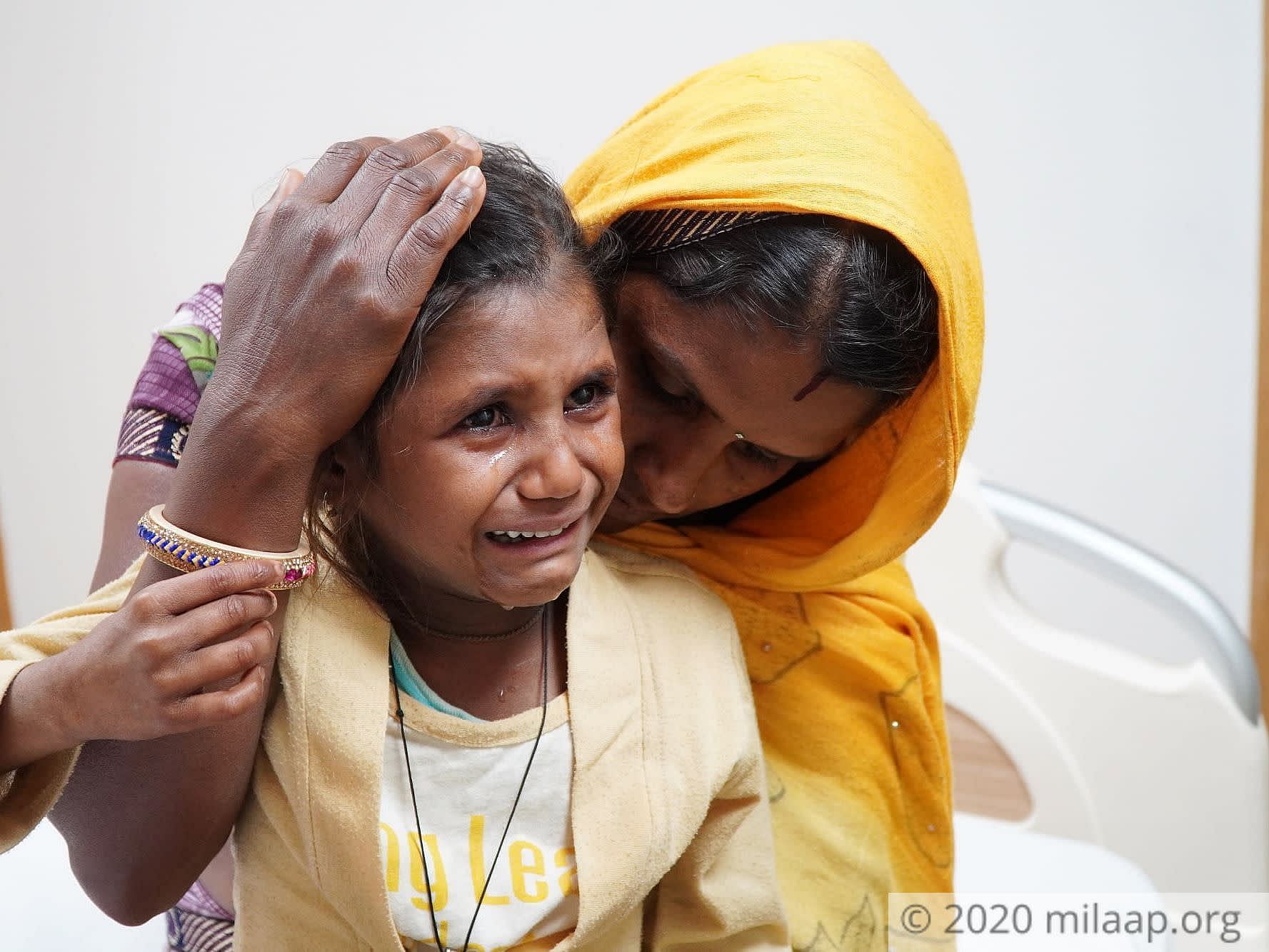 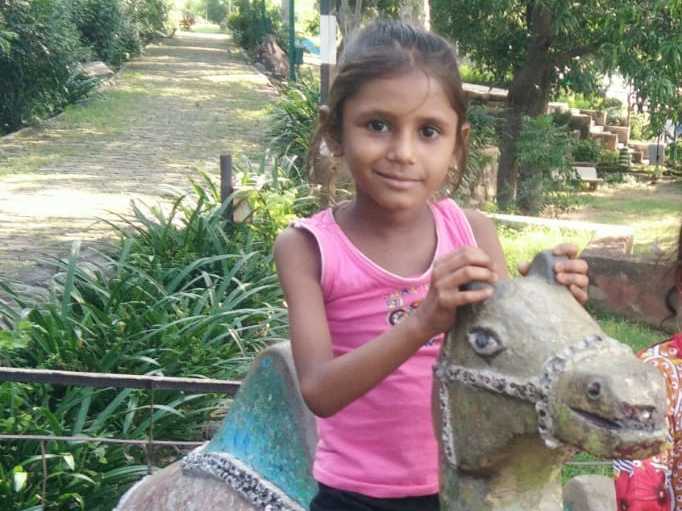 Share
We were having dinner the other day, sitting in a circle on the floor like we always do. I had made cauliflower curry because it’s Arpita’s favorite. She was telling us about this joke she heard one of the neighbor kids say, and her laughter afterwards was so pure... so happy... that I couldn’t take it anymore. I had to get up and leave the room, to hide my tears.

Although she seemed fine, I knew the truth. My daughter is dying. 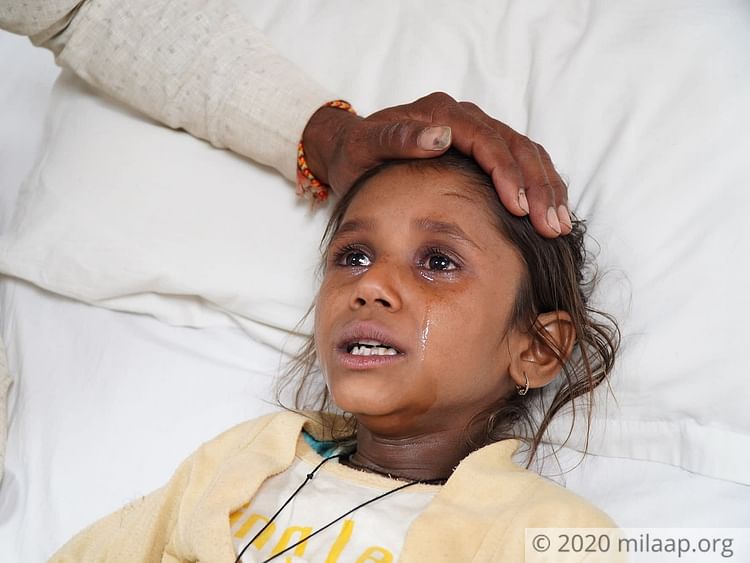 It was four years ago when little Arpita first started showing signs that all was not well. She had gotten a fever that wouldn’t go away, accompanied by constant tiredness. Their local doctor diagnosed her as having low blood-count, and ordered for a blood transfusion. Although it was very scary for her at the moment, she was fine for a year after that, and then the same symptoms showed up again, and they had to get her a second transfusion. To the parents’ increasing worry, it all happened once again a year later. 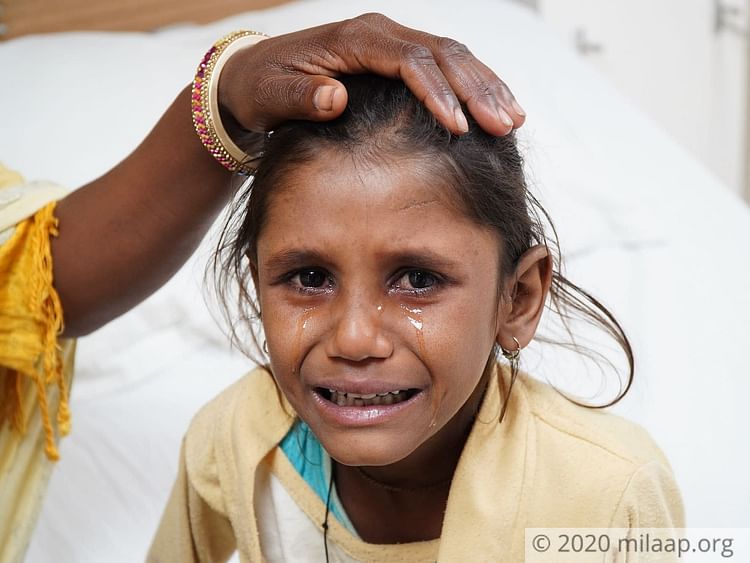 Things suddenly got worse for little Arpita two months ago

“After 3 years and 3 transfusions, we didn’t know what to make of it. Each time was more scary for her than the last and she wouldn't stop crying, but afterwards she always seemed completely normal, back to her happy little self. But in December last year, for the first time, she needed two transfusions in the same month. And she needed even more in January. We were very scared at this point, so we came to the city. And here we found out that... that our daughter has some life-threatening condition, and that things are only about to get much worse. We've been trying to keep this a secret from her, but according to the doctor, we don't have any time left...” 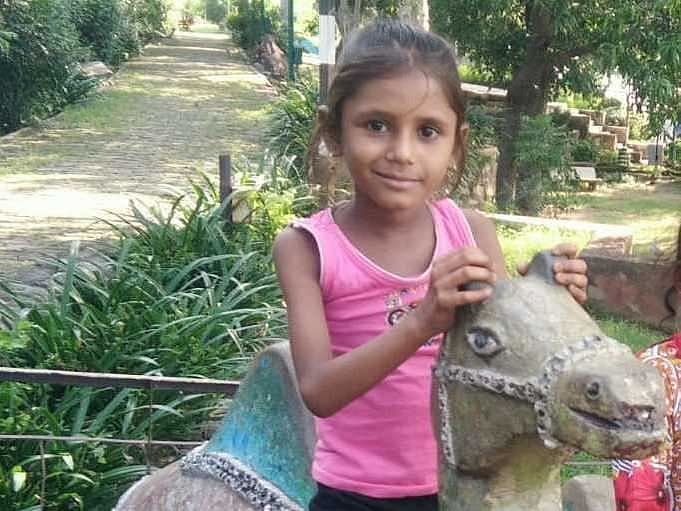 Although things seem normal on the outside, her condition is about to turn fatal

Little Arpita has aplastic anemia, a serious condition in which the bone marrow doesn’t make enough new blood cells. Because of this, Arpita has less oxygen sent to her organs, increased risk of infection, and increased risk of bleeding problems. It's just a matter of time before she starts having extreme breathing difficulty, bleeding from her mouth and nose, crippling body-aches, and constant dizziness. All this leading to an inevitable end for the 7-year-old: an untimely death. Only a bone marrow transplant can avoid all that and save this little girl. 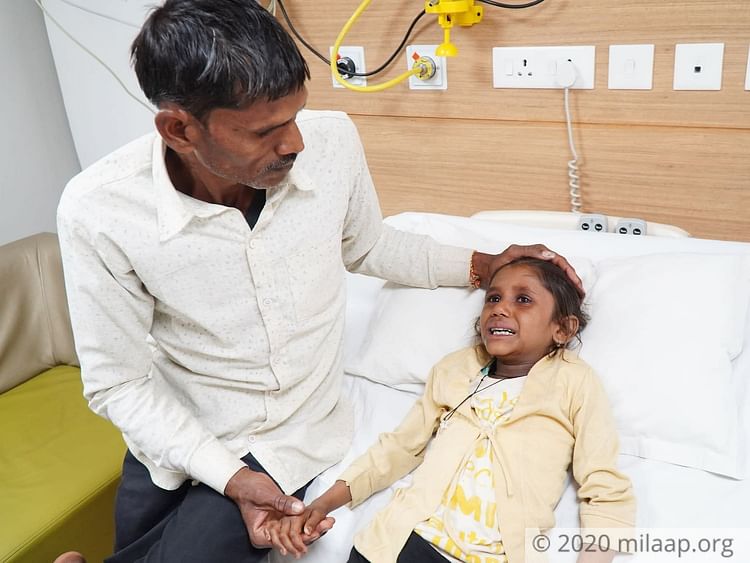 There is no way that Mohan can save his daughter, he needs your help

“I’m a daily wager, and so is my wife. Together, we make around Rs 7,000 a month. Just the last few months have been a terrible strain on us, trying to afford so many blood transfusions. Now we need 25 lakhs to save her life! If we saved everything we earned, not spending a rupee on rent, or clothes, or even any food, it would still take us close to 15 years to save that much money, and by then... our little Arpita will have been long gone. We have the chance to save her now, before the disease destroys her, but we need your help.”