First Kidney And Now Lungs, I Am Battling A Deadly Cancer Relapse | Milaap
Receive tax benefits by donating to this cause.

First Kidney And Now Lungs, I Am Battling A Deadly Cancer Relapse 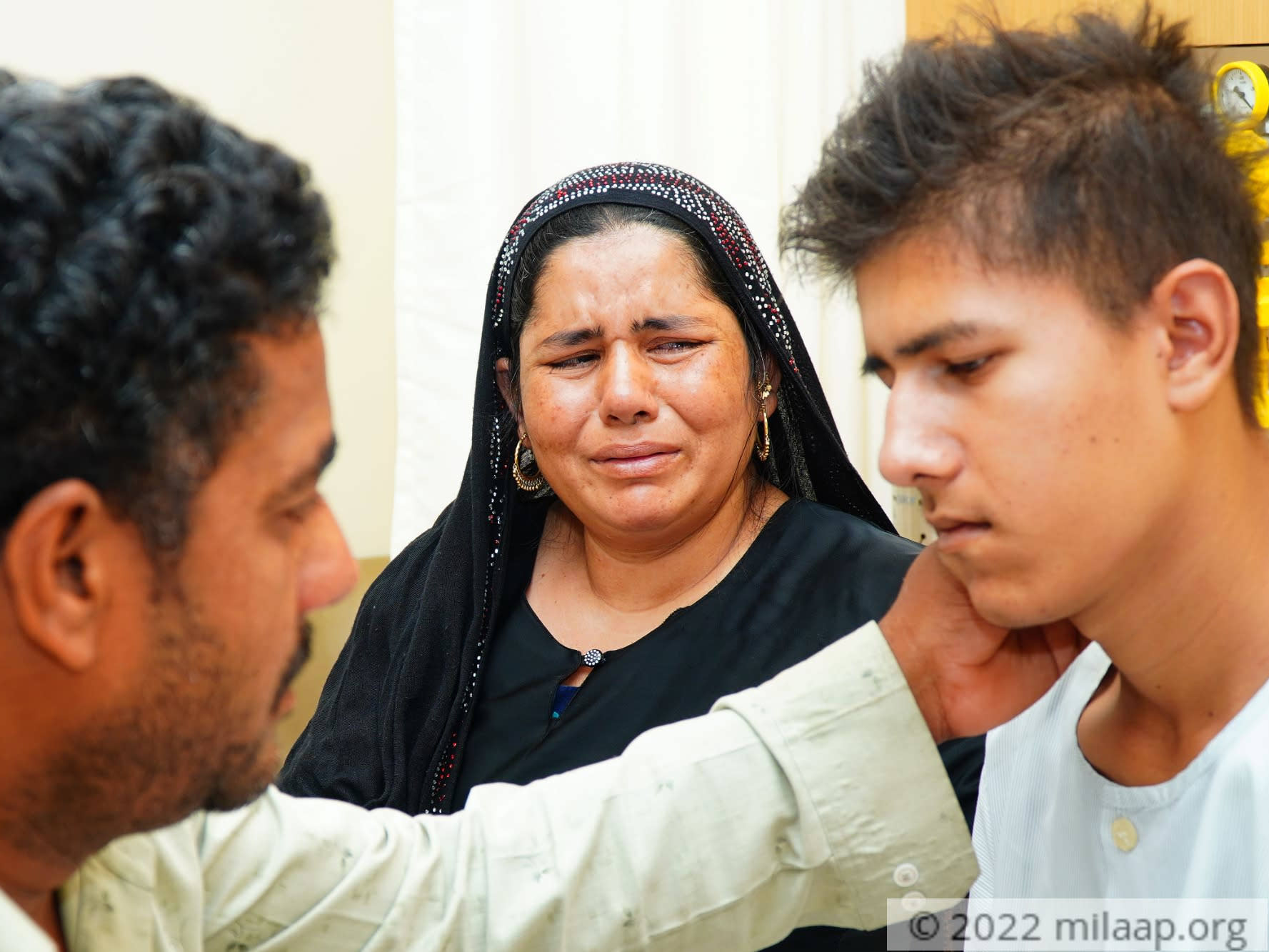 Life has been extremely tough for 14-year old Arman, who has been battling cancer since 2014. Earlier, it taken over his left kidney, and now after 6 years his cancer has relapsed in his left lung.

"I was selling vegetables when I got a call from his school informing us that Arman was palpable with an acute chest pain. I just left my cart and rushed over because ever since one of his affected kidneys had to be removed, we have had to be extra careful about his safety. After everything he had to go through these past 8 years, the news of another cancerous tumor detected in his lungs just broke my heart into pieces." - Mustqiem, father

After attacking his kidney, the cancer has now spread to his left lung

In July 2014, Arman was just 6 years old when his left kidney had to be surgically removed due to Wilms Tumour, a rare kidney cancer. For the next two years, he had to undergo adjuvant chemotherapy to kill all the cancerous cells in his kidney. He put on a brave fight and eventually recovered, until life threw him another curveball with his cancer relapse.

Hearing the news of Arman's cancer returning, his father didn't have the heart to break the news to his wife and son.

(L) Arman playing with his brothers, (R) Arman in hospital

This mother broke down when her son questioned about death

Sabina, his mother, broke down into tears when Arman asked her what happens after a person dies. She wants to protect her son at all costs. But at the end of the day, even she knows that without treatment, it won't be long before Arman succumbs to the cancer that is plaguing him.

"When Arman asked me if we all return to Allah after death, I couldn't control my tears because those were the terrifying thoughts of my 14-year old child. At first when they told me they will remove one of his kidneys, I begged them not to do it. How can my son live without an organ? But now with his lungs being attacked, the only cure is timely treatment. With time running out and his cancer rapidly spreading, without treatment, we will not get a chance to save him from the crutches of this deadly tumour." - Sabina, mother

During the pandemic, Arman was unable to go for frequent check-ups and his parents regret not getting his scans done earlier. Now 8 years later, all of a sudden, his cancer has spread to his lungs and can only be salvaged with intensive chemotherapy, stem-cell transplant and radiation therapy. All of this would cost Arman's father, a vegetable vendor, a staggering amount of INR 22 lakhs.

"I was barely managing to put food on the table for my family of 7, when we needed 5 lakhs for his surgery. I took loans and went from door to door to earn even Rs.10, be it harsh summers or winters. Allah saw me put in every inch of my soul, and that's why my son could recover once. But now, this cancer has relapsed even more aggressively and without treatment, his lungs will collapse." - Mustqiem, father

Arman is patiently awaiting to undergo chemotherapy. He has hardly known a life outside of the hospital room, since his early childhood. Everyone in his family dotes on this loving boy, who despite suffering, always greets them with a smile. But off late, the breathing difficulties and sudden chest pains have shaken Arman's spirit too. His parents and uncle worry if they delay any further, Arman's determination to fight will be crushed.