With Fast-Depleting Savings, This School Teacher Cannot Save His Son From Rare Disease | Milaap
Receive tax benefits by donating to this cause.

With Fast-Depleting Savings, This School Teacher Cannot Save His Son From Rare Disease 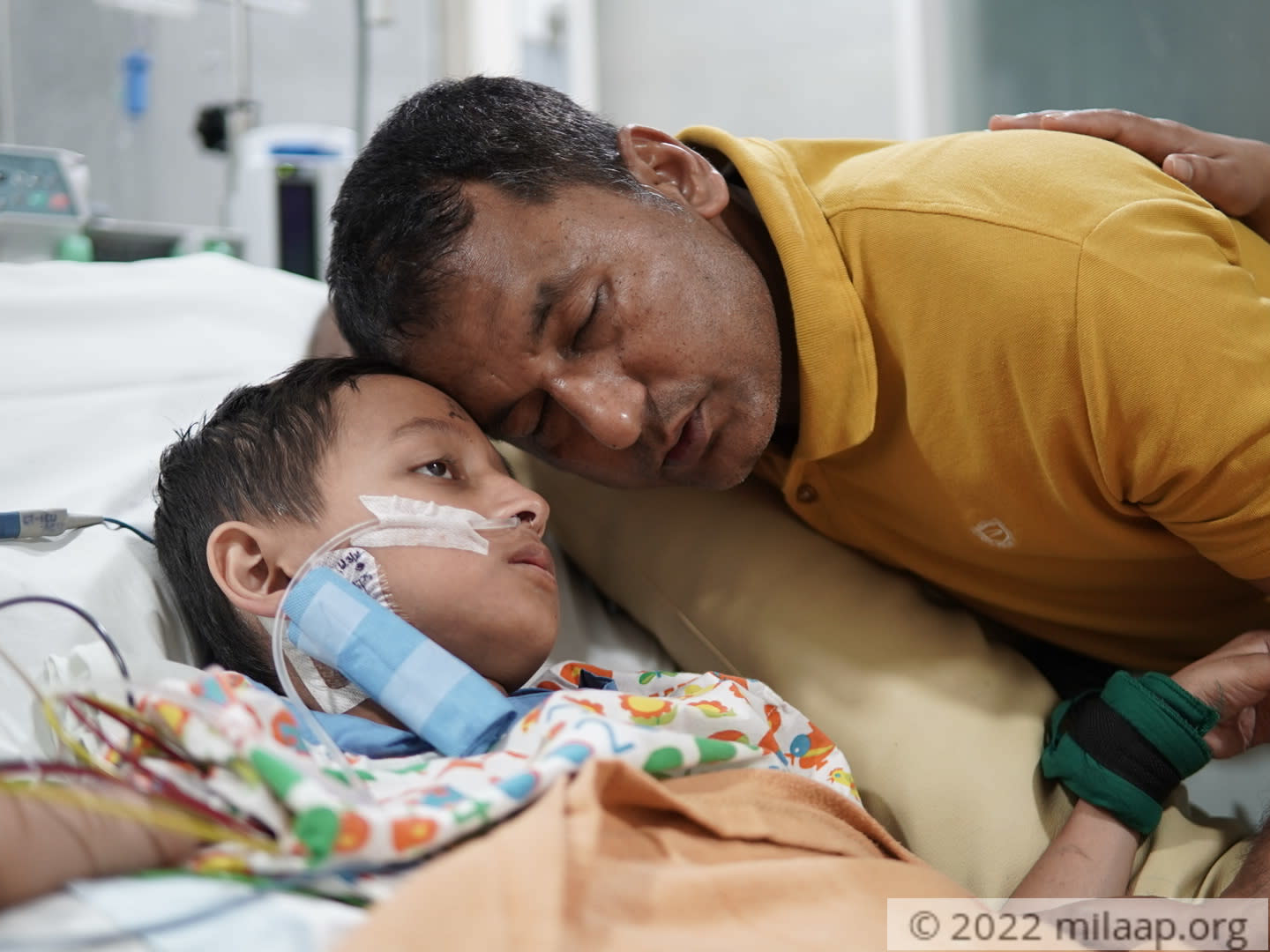 
When his son Ankan was diagnosed with a rare autoimmune disease in January last month, Keshab Chhetri did not think twice in deciding to take him to a good hospital for treatment- even if it meant travelling thousands of kilometers to go to Chennai, away from their home in West Bengal.

“On a school teacher’s salary, I knew I did not have the means to fund his treatment but I did not think of that. I wanted him to get the best shot at fighting cancer. I was willing to give up all my savings for the sake of my son’s life.”- Keshab Chhetri, father

10-year-old Ankan Chhetri is suffering from Systemic Lupus Erythematosis, an autoimmune disease in which the immune system attacks its own tissues, causing widespread inflammation and tissue damage in the affected organs. Without continued treatment, it can turn deadly and affect his skin, joints, lungs, kidneys, blood vessels and even the brain.

Ankan was a perfectly healthy 10-year-old who enjoyed playing with his friends and spent most of his time outdoors. He would rarely sit idle and was always buzzing with energy. This is why his parents found it unusual that he became very weak and inactive after getting recurrent fevers in January this year. This was soon followed by episodes of diarrhea which made him so weak that he became bedridden. As more days passed, tests revealed that he had a low white blood cell count and even got seizures.

“Bringing him to Chennai was a timely decision because low white blood cell count could also mean cancer and we were worried he had cancer at first. But further tests revealed he had lupus instead.  He complains of body pain and is scared of needles, but he is staying strong. We are trying to stay strong as a family too.” – Keshab

‘Our savings have been completely wiped out’

Keshab, a school teacher in West Bengal, eked out a middle-class living on his salary. It was enough to feed, clothe and take care of the basic needs of his four-member family – consisting of himself, his wife Sonu, son Ankan and baby daughter Sanskriti. He has spent more than 10 lakhs on Ankan’s treatment till now – including travel and accommodation as they had come all the way from West Bengal to Chennai.

“My savings are almost over now. I am borrowing from friends and relatives, but how much can they loan me? They are also middle-class people who have limited funds, like me. Ankan needs continued treatment or he will not recover from this. Please help me.”- Keshab.