These Parents Are Ready To Go Homeless To Save Their Son, But It Won't Be Enough | Milaap

These Parents Are Ready To Go Homeless To Save Their Son, But It Won't Be Enough 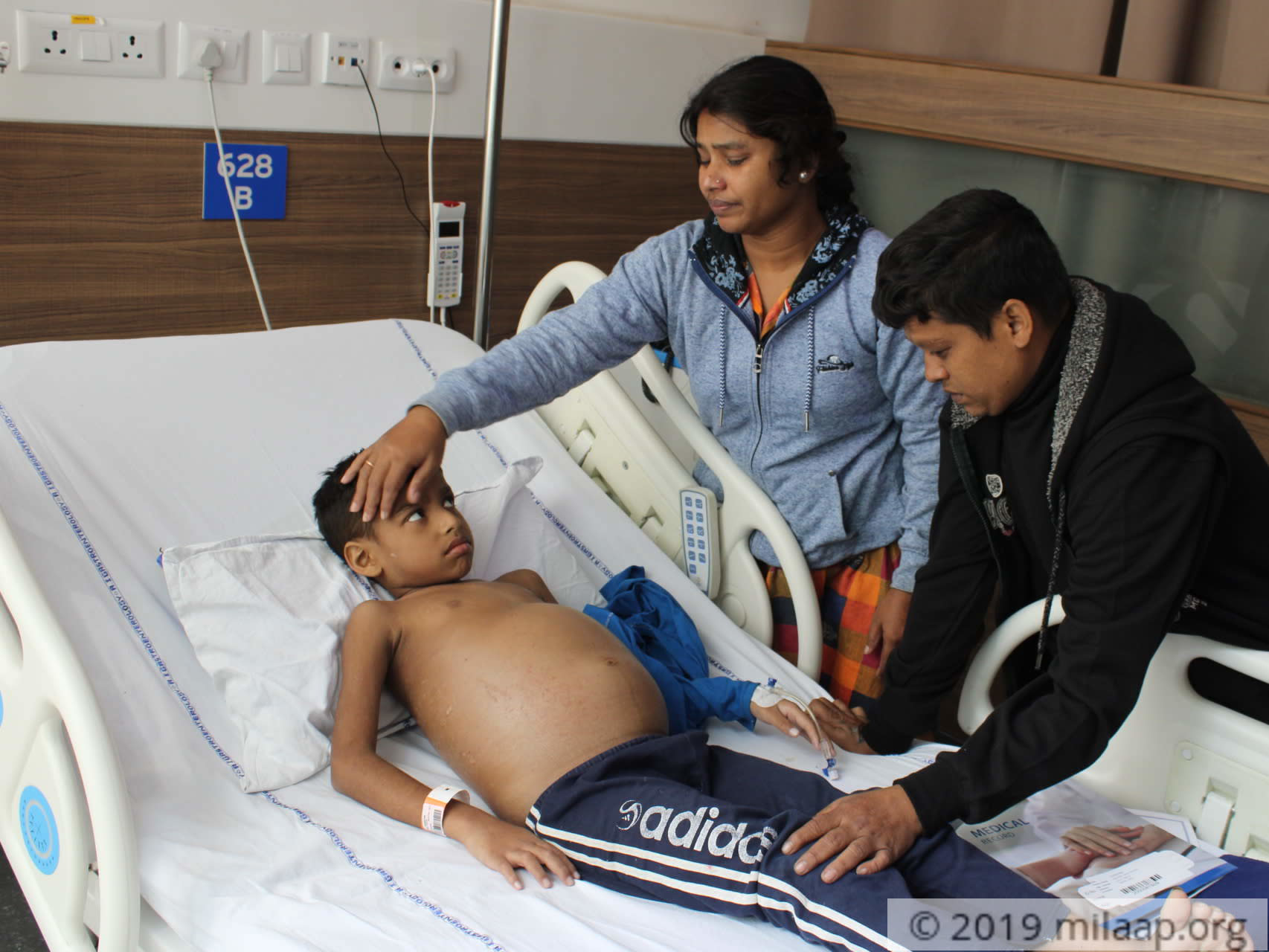 Share
That night he vomited so much, he fainted in my arms. I thought we lost him, that he would never wake up again. I thought I had watched my child die in front of my eyes…it was a miracle he woke up. But this can happen again. It can happen today, tomorrow…any minute if I can’t find a way to afford his transplant in time.
- Shivani, mother

Anish’s health has been slowly deteriorating over the past 2 years. His parents, Atanu and Shivani, tried their best to keep it from happening: they took him to a doctor every time he ran a temperature or felt weak, they gave him every medicine that was prescribed, they doted on him 24x7. But it wasn’t until 2 months ago that they discovered he wasn’t just a sickly boy, he had something very sinister attacking him from the inside.

“Liver disease. They told us he has chronic liver disease, and that it might kill him if we don’t get him a transplant, my poor babu. When we took him from hospital to hospital, from Kolkata to Chennai to Hyderabad, trying to figure out what was happening to him, we never imagined we would get such a diagnosis!”
- Shivani, mother

His liver disease is very close to killing him

Atanu and Shivani’s little babu is bedridden now. Because his liver is not functioning as it should, bile and fluid are accumulating in his body at an alarming level. His stomach is so swollen that even the slightest touch hurts, and he can’t even take a full and deep breath. Thin, purplish-red, spidery looking blood vessels keep appearing on his skin, especially around his navel, indicating the strain his body is under. Doctors insist he get the transplant within the month, if he is to make it.

To save his son, Atanu is about to sell the last connection he has to his father after his death

“I don’t know how I’m going to afford this! I’m just an electrician! I’m so desperate right now that I’m selling the small house my father wrote to my name before he died, even though I’m only getting half of what it’s worth. But that’s still only a few lakhs, my son needs 35! My wife and I are going to be homeless in a few days, but that’s okay. I just wish it was enough to save my babu...”
- Atanu, unable to continue

In this time of desperation, you can help this family from suffering an unspeakable tragedy. Please contribute as much as you can and save Anish’s life.