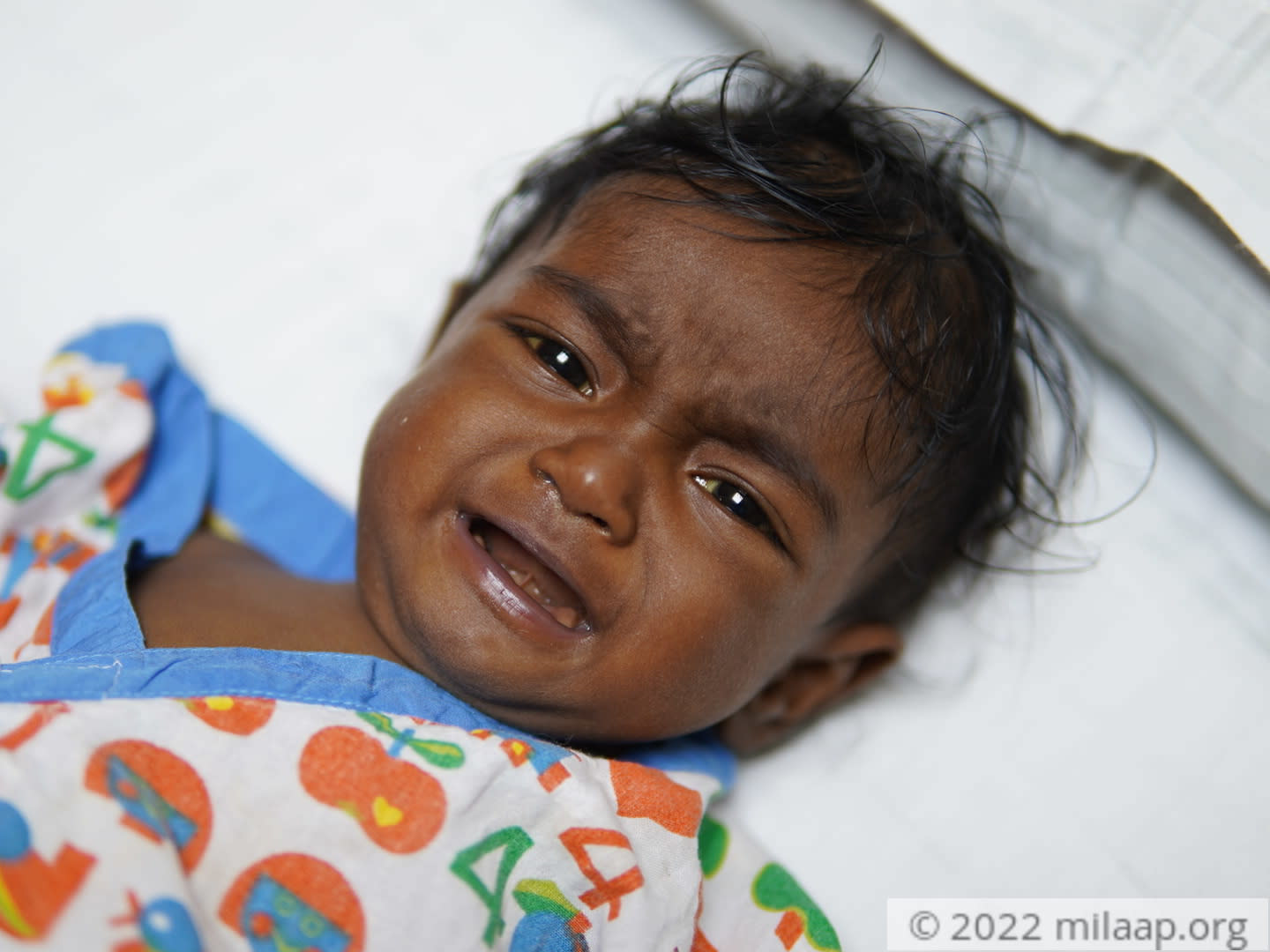 "Our baby was born with Jaundice. We took him back home from the hospital with the assurance that he would be fine within a few days. But days turned into weeks and weeks into months, and his belly started bulging out.They ran so many tests and found that his bile ducts were blocked. It's been 6 months now and I haven't seen my baby sleep calmly even one night. There are so many scars on his body from all the injections and surgery that it scares me to even touch him, out of fear that I'll hurt him more. His liver has failed and there is no way he can survive now without an urgent transplant." - Sushmita, mother

If left untreated, his high bilirubin levels will damage his brain

6-month old Aniruddha has been suffering from a chronic liver disease by birth. His yellowing skin and eyes were the first symptom of dangerously high bilirubin levels in his body, that can cause seizures and permanent brain damage. Then, his abdomen started bulging out and he had to undergo a surgery for his blocked bile ducts in January. But even after being admitted to the hospital for 2 months, this little boy's condition only worsened instead of improving.

Every passing day is a struggle for Aniruddha to survive now. Without a functioning liver, there is fluid build-up in his body. Even after draining out excess fluids, the doctors say he is highly prone to infections because of his compromised immunity. He is running short on time, and his only cure is a liver transplant, for which these parents are struggling to arrange INR 25 lakhs.

After his surgery in January, his parents were expecting their son to recover soon. Instead he had to be shifted to the ICU because his reports were hardly pointing towards any improvement. It was only a matter of 2 months, and then the doctors delcared that Airuddha's liver was failing.

"For 2 months and 22 days, he was critical and under observation in the ICU because he had almost had a seizure. His body and eyes froze and it felt like he was suddenly lifeless. The constant fear of losing my child has made me so desperate to arrange the money for his transplant, that failing to do so is making me feel all the more helpless. My baby can't speak but I can feel the pain he is going through merely by looking into his eyes. It breaks my heart that my income from farming could never provide my family even with basic necessities." - Ashok, father

With no money left for treatment, this farmer is terrified of losing his child

These past 6 months, Ashok and Sushmita have been relentlessly trying to find a way to save their son. Despite selling off his farm land, Ashok knows his limited capacity won't suffice in providing for Aniruddha's transplant. They will not be able to win this battle alone without help. All their dreams of raising their son and watching him grow has come to a standstill with his deteriorating health condition.


Your one click here can help these parents save their dear Aniruddha with a liver transplant.