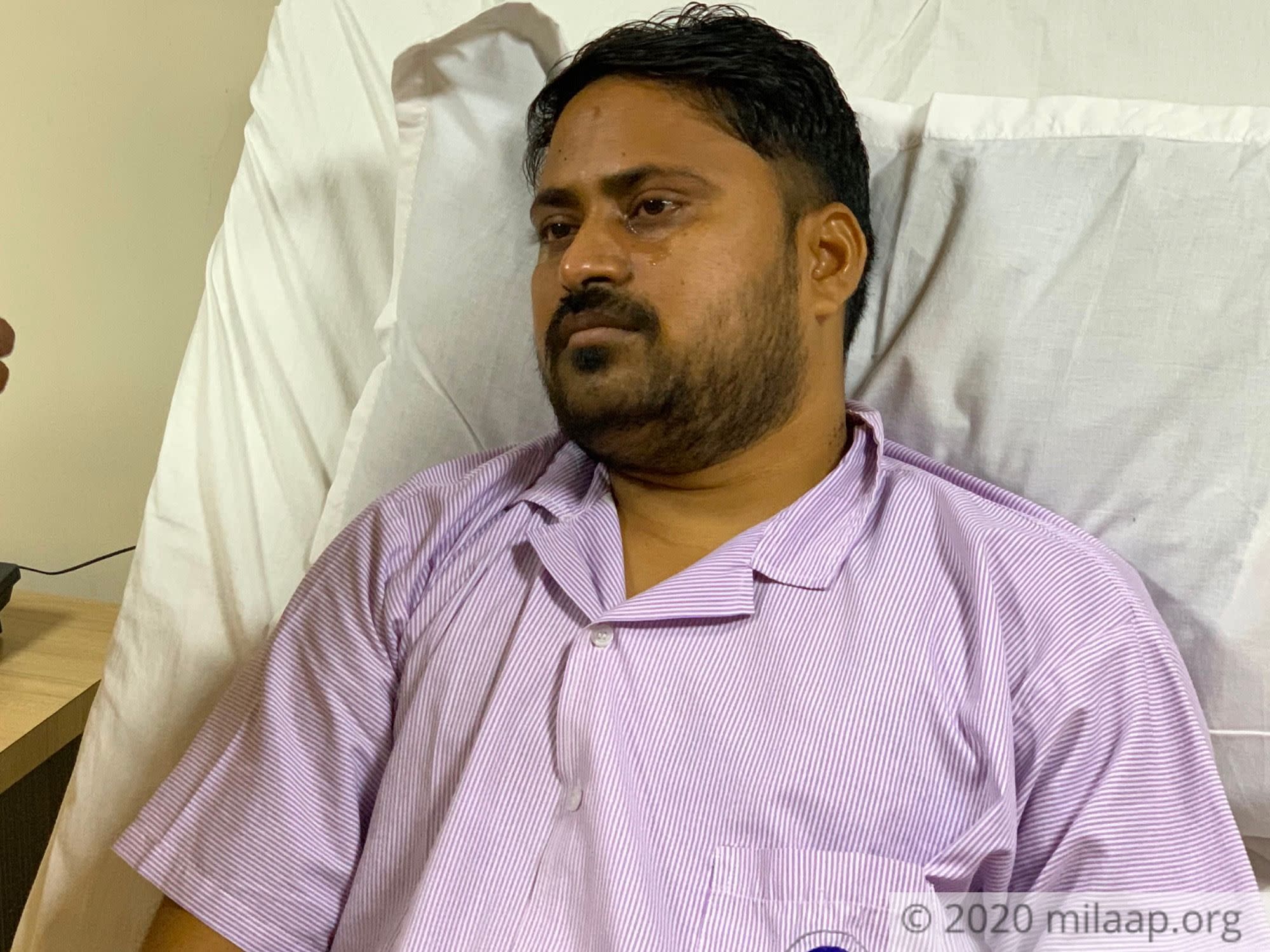 Share
"I may be poor but I worked hard every day to give my family a better life. And we were happy too, even though we often lived hand to mouth. Now... this disease is taking it all away from me. Time is running out and... I don’t know if I will even be alive long enough to hold my newborn in my arms." — Akash, 28

Akash and Ashwini are expecting their second child right now and the due date is just 2 months away. After years of breaking his back to build a better life for his family, he never imagined how easily it could be snatched away from him. Six months ago, Akash was diagnosed with severe anemia, and he was told his time is limited without urgent treatment. 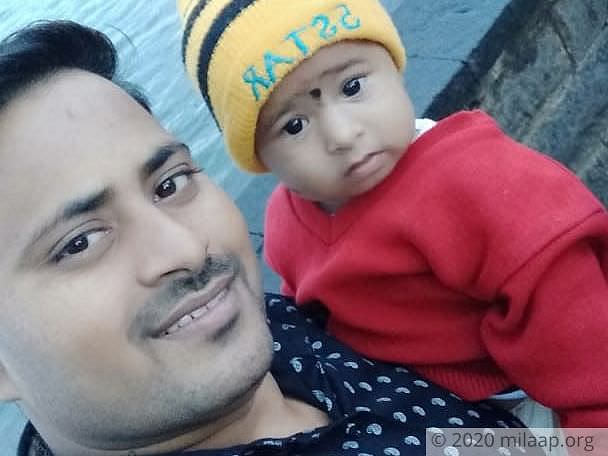 Akash with his first son, last year
6 months ago, Akash had a high fever and no medicine was working for him. He became too weak to even perform his daily tasks. When he went to a doctor, he was told something he never expected, that he had blood disease and that it was quite advanced.

“I ignored the symptoms for quite a long time and kept going to work because that’s what brought food to our table. And when... when I heard that I was sick, all I could think about was what would happen to my family if I wasn't there, and that... that my children would grow up without a father. I can't let that happen, I want to live for them.” — Akash 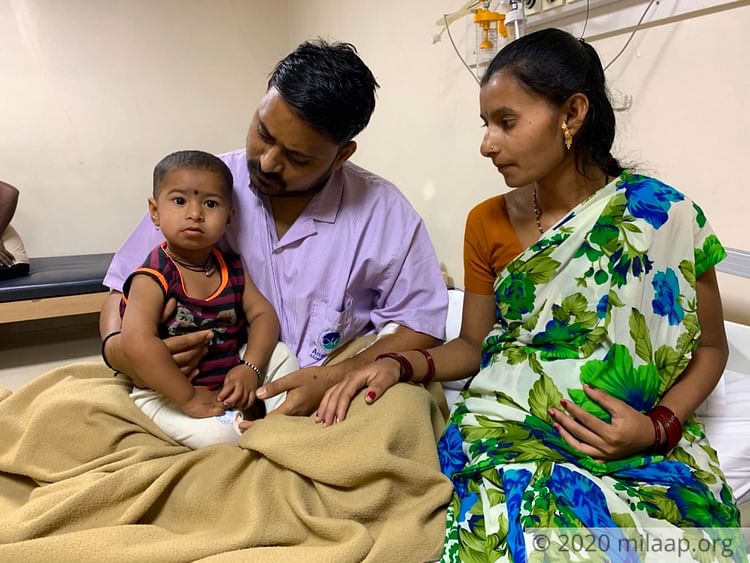 Akash’s disease is growing rapidly and blood transfusions cannot save him anymore as his case is severe. He needs a bone marrow transplant to survive but in these past six months, Akash has already used all his savings and borrowed from everyone he could, to keep himself alive.

“I have never even seen 1 lakh rupees in my life, let alone having 12 lakhs! For a poor labourer like me, such a big amount is impossible. Where will I get it from?" — Akash 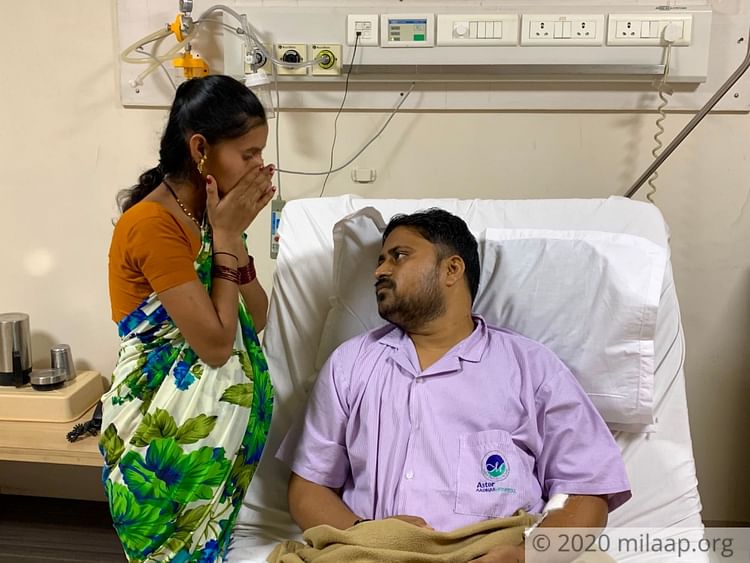 "I cannot give up. I have to look after my family and their future. They're completely dependent on me, they'll be forced onto the streets if something happens to me! With so many responsibilities on my shoulders, how can I give up and leave them all alone?"  — Akash