Instead Of Giving Him Life, This 2-Year-Old's Heart Is Slowly | Milaap

Instead Of Giving Him Life, This 2-Year-Old's Heart Is Slowly Taking It Away 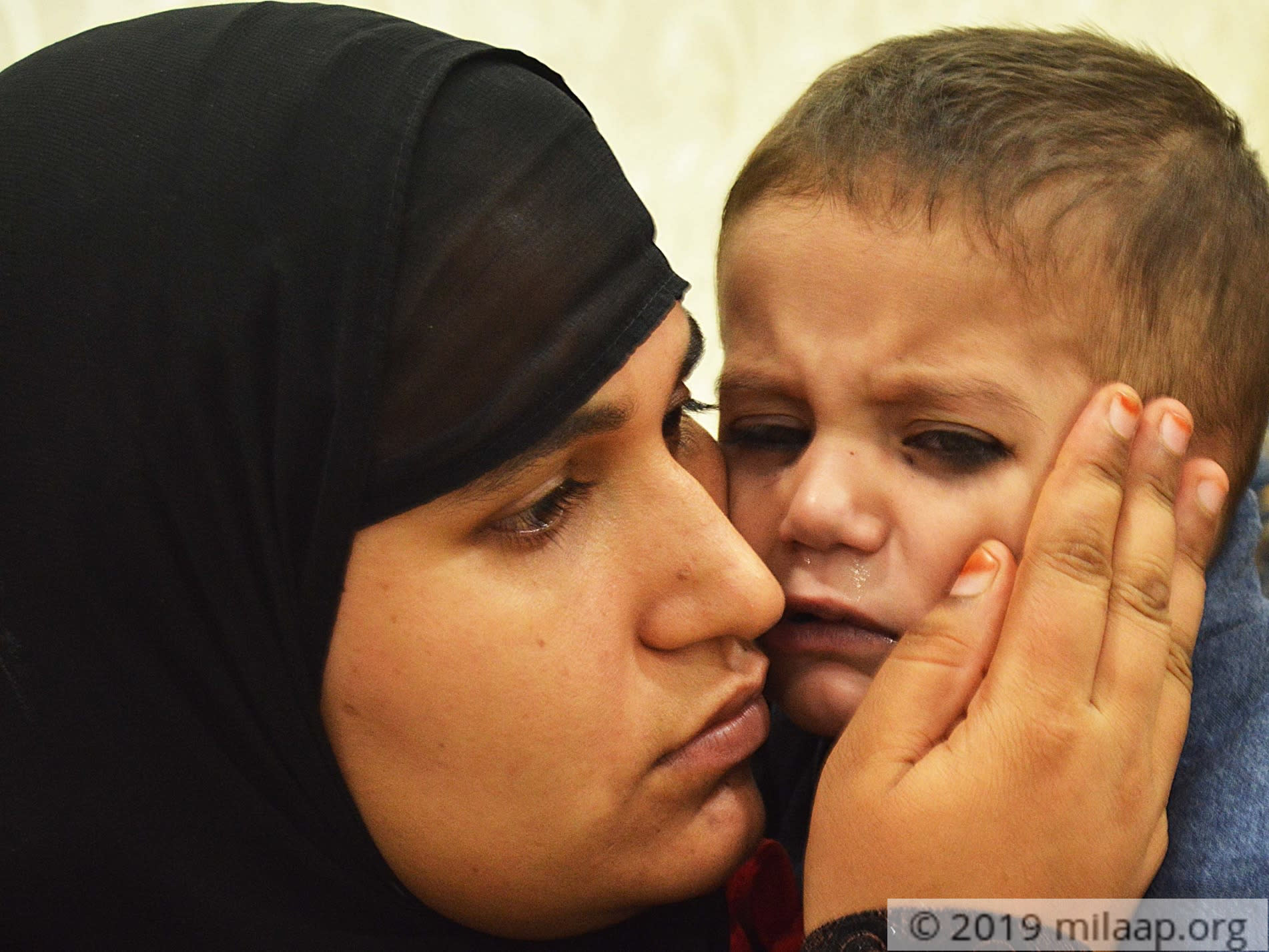 Share
My son has been sick every single day for a year now. He wakes up every morning with a fever, coughs until he collapses every time he laughs, goes to bed every night gasping for breath until his skin turns blue.
His own heart is betraying him, the doctor said.
Instead of giving him life, it’s slowly taking it away.
– Sabreen, mother of Afsar

Afsar was just sitting in his baby-chair one day early this year, when he suddenly collapsed. A fever had been tormenting him for weeks, so Sabreen figured he was just tired. But when she lifted him off the ground, Sabreen realized with great alarm that her son was unconscious. Afsar's father, Akhtar, immediately rushed him to a local clinic where the doctor just prescribed some tablets and told him to go back home. One week later, when Afsar collapsed again, these parents knew something was very wrong.

“We took him to so many doctors and clinics, because he wouldn’t stop fainting and his fever wouldn’t go away either. But none of them were able to tell us exactly what was happening, or what to do about it. It was 4 months ago that one doctor finally told us my son was born with a heart defect. Four different heart defects, actually... all of them life-threatening."
– Sabreen, mother

His four heart defects are simultaneously suffocating this 2-year-old, killing him

Afsar’s four heart conditions are causing his blood to keep circulating repeatedly inside his body without getting infused with oxygen from the lungs. Imagine yourself being suffocated; with each breath you take, you get more and more desperate, you start to panic. You’re not getting any oxygen and your vision starts to blur. That pain and fear is essentially what this 2-year-old has been going through every single day for the past 12 months.

“I wash cars at traffic stops and parking lots. Over the past few months, ever since I found out about his condition... I’ve been spending all day with my son, and then spending all night outside working. I sleep only one or two hours a day, yes, but my son’s life is at stake... Even then I only earn enough money to buy temporary medicines, though. I need 5 lakhs to cure him completely!”
– Akhtar

Afsar is getting weaker each day. Doctors are now saying he needs the surgery within a month at the latest. Without it, he may not make it.
You are his only hope now; contribute as much as you can and give the breath of life back to this 2-year-old.
AS
Patient Afsar Shaikh is 2 years old, living in Mumbai, Maharashtra
AH
Being treated by Dr Sarang Gaikwad in Asian Heart Institute And Research Center, Mumbai, Maharashtra