A Severe Pain In His Stomach Doesn't Let This 5-Year-Old Rest For Hours, Cancer Is Killing Him | Milaap

A Severe Pain In His Stomach Doesn't Let This 5-Year-Old Rest For Hours, Cancer Is Killing Him 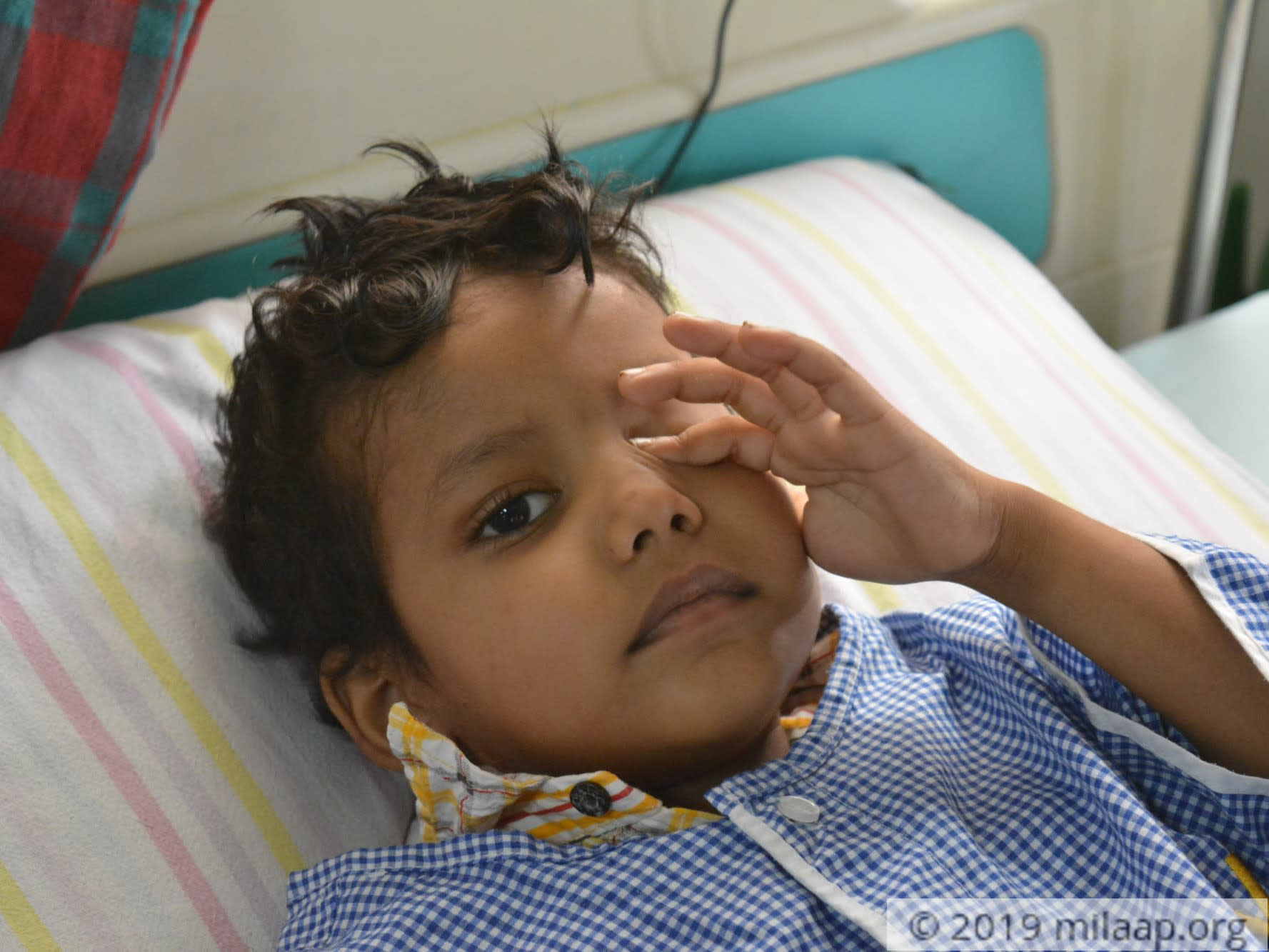 “That day, he screamed in pain from 2 in the afternoon to 9 at night. Even the injections and the medicines weren’t helping him subside the pain. The sight was horrible, I just couldn’t look at him! Nothing, nothing I did could ease his pain…” - Mallika, mother.

Mallika and Gourkali’s 5-year-old son, Aditya, has cancer. He is in terrible pain. His stomach aches all the time. His only hope - continued chemotherapy for 4 months. But the helpless parents know they can’t afford the treatment, they know they will lose their son if they’re unable to do so.

No fever, nothing - just a persistent stomach ache - no one knew it could be cancer

2 months ago, when Aditya complained of stomach aches, Mallika thought he must have eaten something off the streets. She gave her some homemade remedies but he wasn’t getting any better.

“We took him to the local doctor,  he said that Aditya had indigestion. We were relieved that it was nothing serious. But then, fate had other plans for us. In just two days, his stomach started swelling up. We were so scared. When we took him to the city, we were told that this is something serious. We should take him to Bangalore immediately,” - Mallika.

Ma, how much longer will it take to cure the worms in my stomach?

Aditya is only 5. He doesn’t know anything about the disease.He thinks he has worms in his stomach. Mallika has told him that he needs to stay in the hospital so that the doctors can take out the worms.

A daily wager, Gourkali, can’t even afford a single day’s meal for his family

Gourkali had accompanied Mallika when they took their son to Bangalore. But he couldn’t stay there for long. He is a daily wager and the only earning member of his family. Also, Mallika and Gourkali's elder son is mentally challenged. He needs constant medication and help.

“He had no choice but to come back to our village. The 1 lakh that we had arranged by selling my jewellery and our cows, is over. My husband is begging from everyone, but I don’t know how we can arrange for 3.5 lakhs more that is needed to cure Aditya. Now, only you can help us,” - Mallika.

5-year-old Aditya's parents don't know how they can afford their son's cancer treatment. They are looking up to you for help
AH
Patient Aditya Hazra is 5 years old, living in Bengaluru, Karnataka
VI
Being treated by Dr.Shashidhar in Vydehi Institute Of Medical Sciences And Research Centre, Bengaluru, Karnataka