6 Different Hospitals, All By Herself - Yet This Mother Can’t Save Her Son’s Life | Milaap
loans added to your basket
Total : 0
Pay Now

6 Different Hospitals, All By Herself - Yet This Mother Can’t Save Her Son’s Life 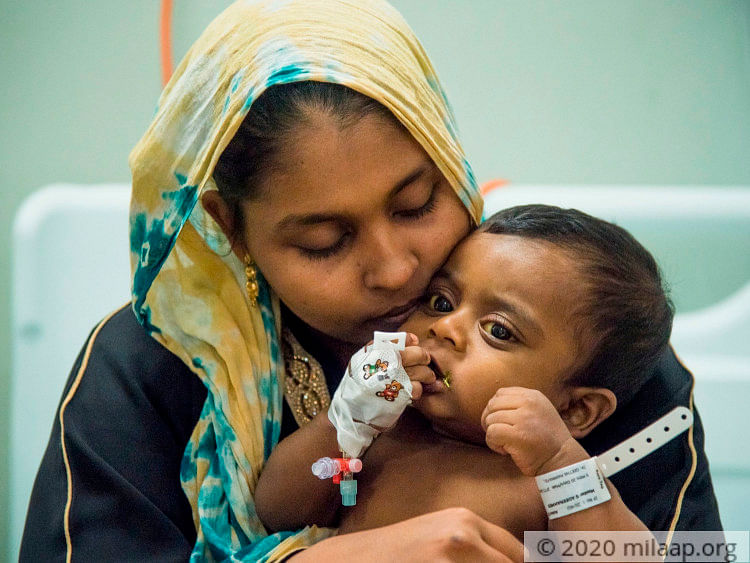 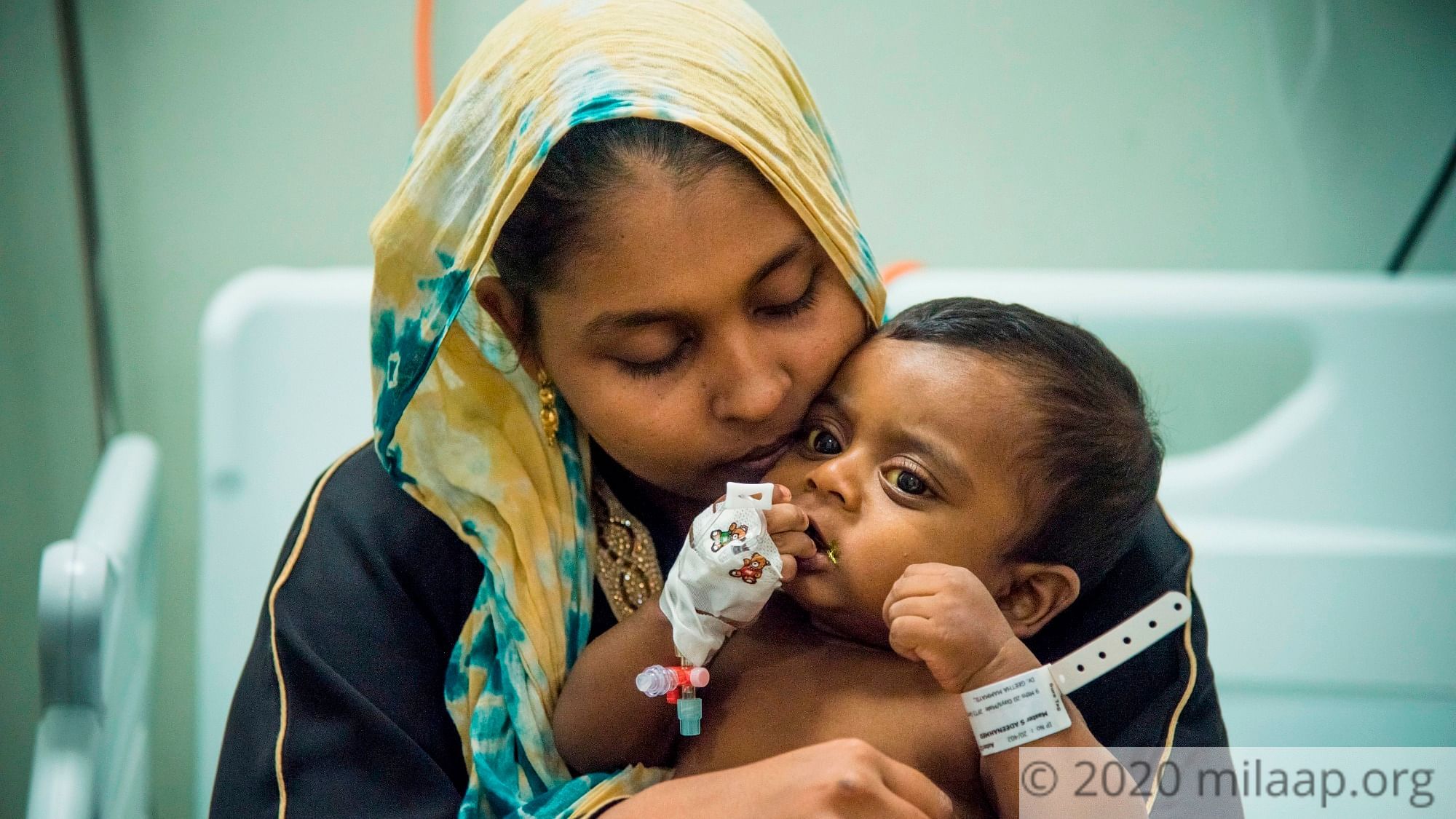 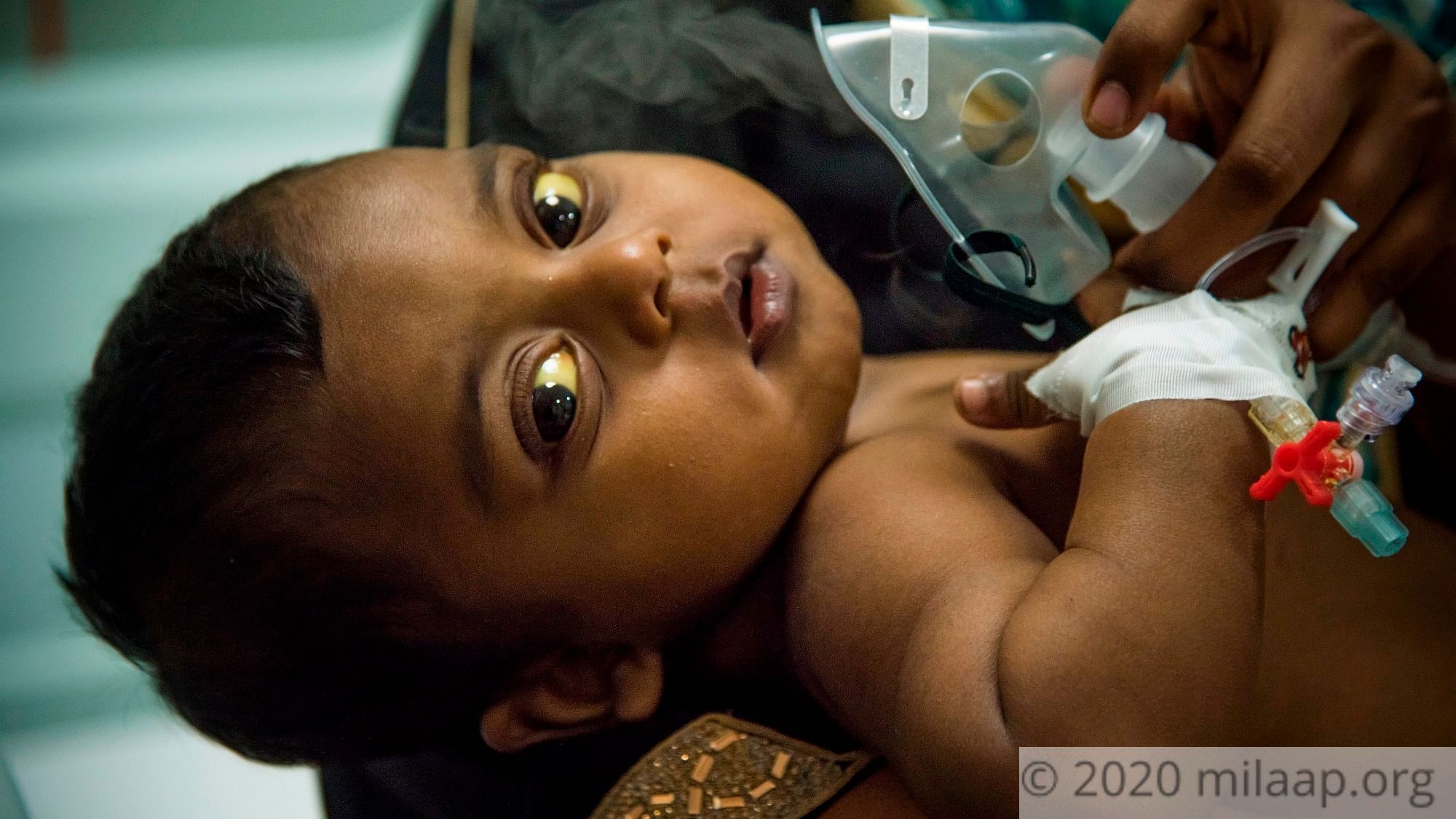 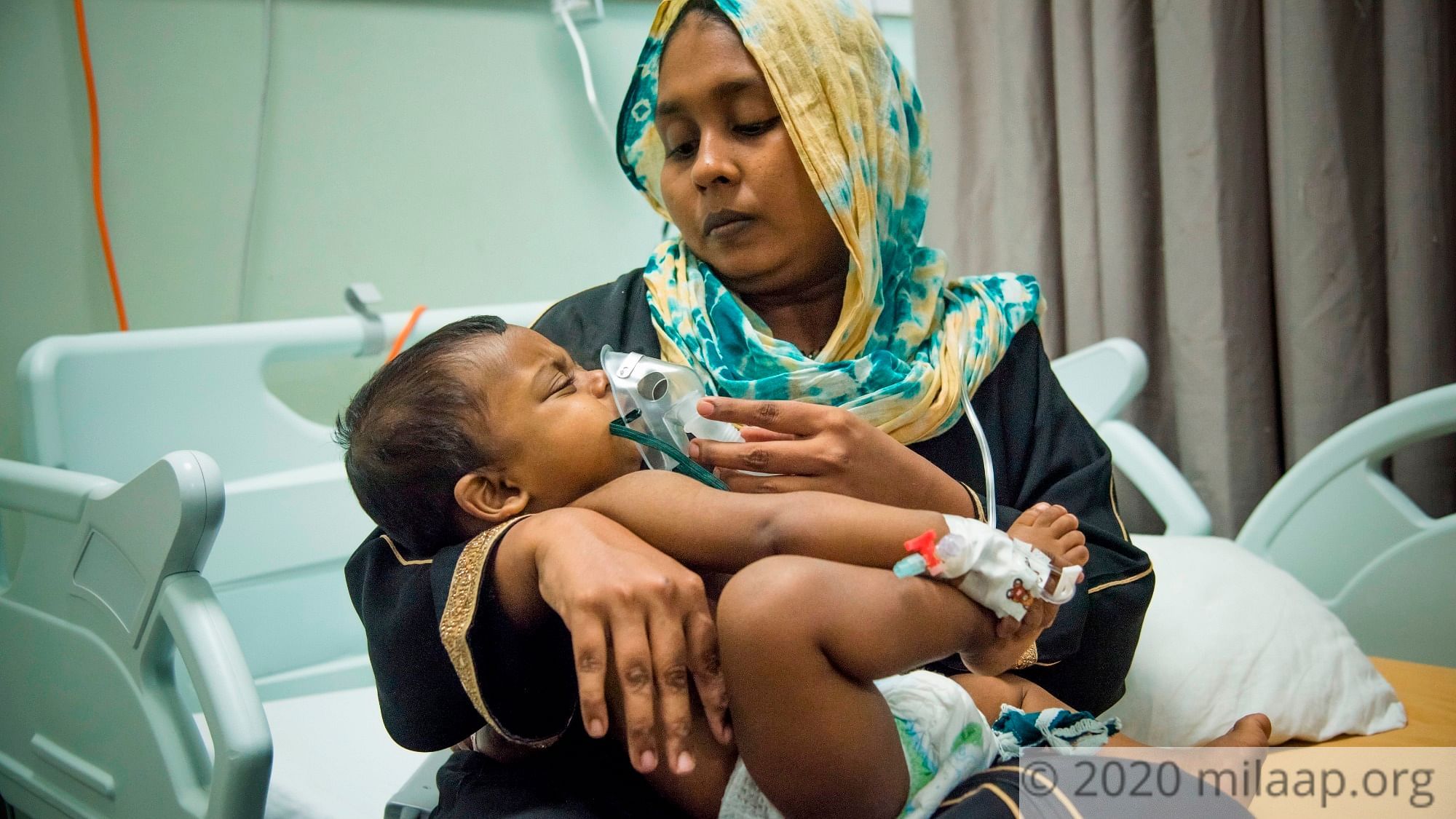 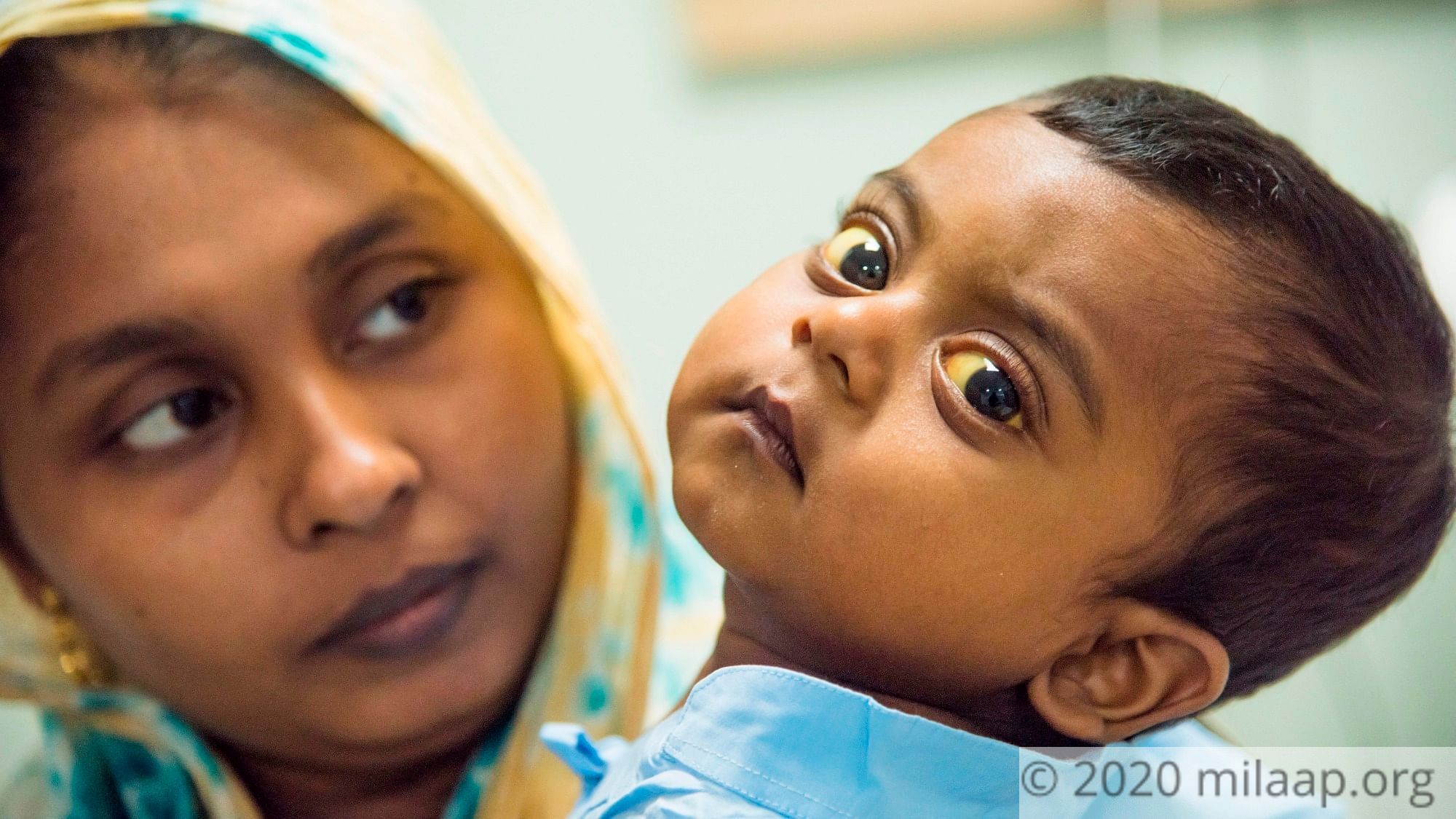 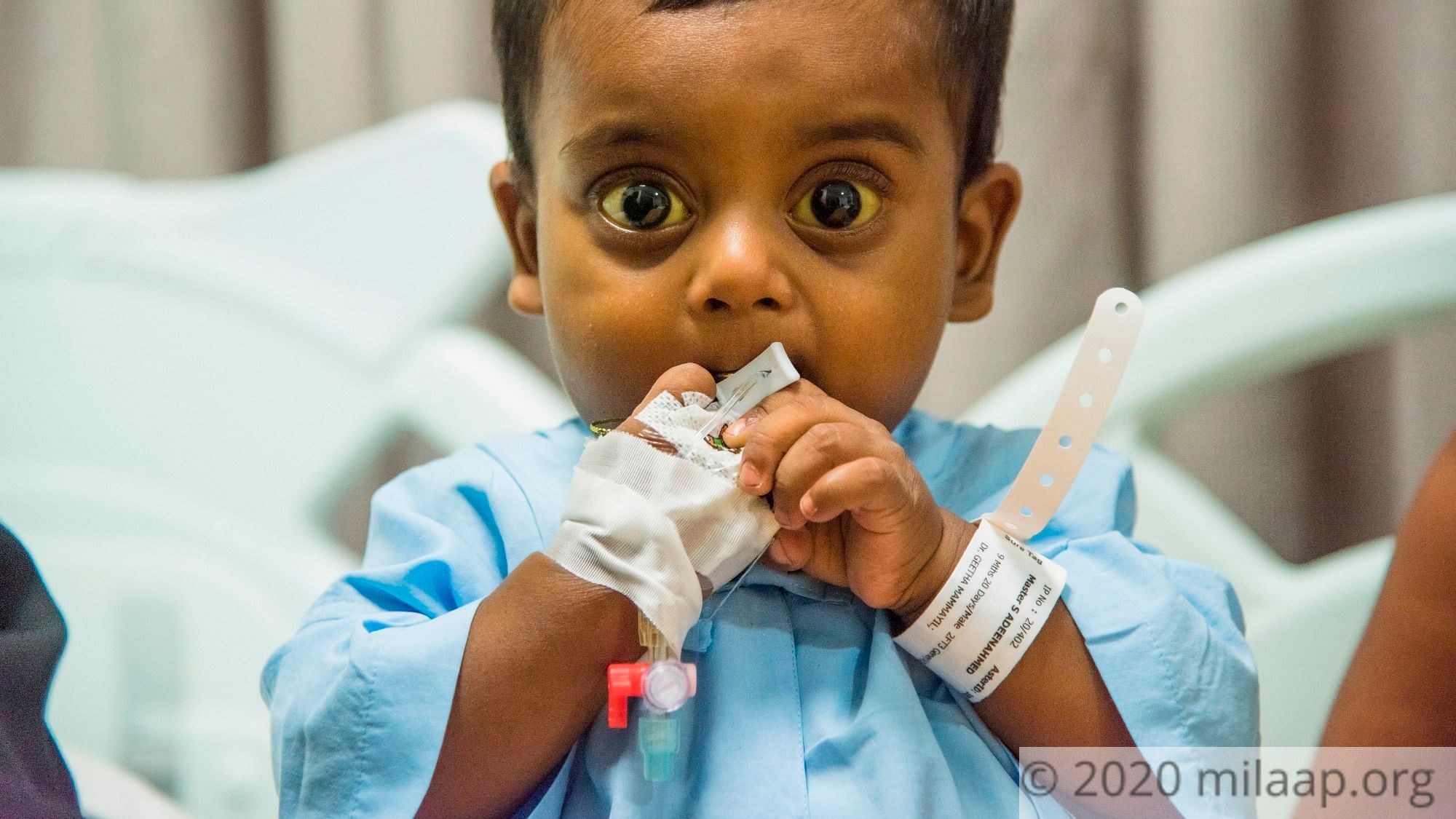 Share on facebook
Apsara holds her little baby in one hand and helps her other two kids with their homework. Her husband who works as a driver in Dubai couldn’t visit them and it is she who takes care of them single-handedly. It’s been two months since they have made this hospital their home as little Adeen Mohammed is awaiting a life-saving liver transplant. With yellow-tinted eyes and swollen belly, one could fathom his pain from the very sight.

“It’s been nine months since Adeen came into our life. He has been in pain since then. Nothing can pacify him and he pushes me whenever I try to breastfeed. Doctors had said it was normal and that my child would be fine in a few days. But it didn’t…his eyes started turning yellow and his urine became brownish-red. I was terrified,” - Apsara, mother.

His liver will fail if not treated early

Apsara took him to six different hospitals until they found out what was wrong with her child. By then, the little boy’s stomach had begun to swell. He has a liver disease called Hepatitic Biliary Atresia and the baby’s organ is slowly damaging, eventually leading to liver failure if not treated early. There was a blockage in the baby's bile duct which was causing it and doctors wanted to do an urgent surgery to remove the block.

“I left my two little kids at the hospital, I took a bus overnight to borrow money from my friends and family. No one was ready to help…some asked me to let him die and told he won’t make it to the surgery. My husband managed to send me a lakh, I sold my jewelry I had and some utensils and somehow managed to pay 3 lakhs for the surgery," - Apsara, mother.

But  Adeen’s symptoms didn’t seem to subside. His stomach got swollen so big that they had to drain the excess fluid and it came swelling up in two days.

A transplant is this little one's only hope

“He has stopped eating and strangely stopped crying too…I feel he is familiarized with the pain now. It kills me when he looks at me with those weary eyes…I see no hope in them. But I will fight till my last breath to save him from death," - Apsara, mother.

Adeen needs the transplant in two weeks but the cost of the transplant is something Apsara and her husband, Sarabudeen, cannot afford. Sarabudeen works as a driver in Dubai on contract and he can’t leave the country until the contract ends. He is now working extra hours, hoping to earn some more money to save his son’s life.

“We have a donor for my son, the doctor is ready to give us a surgery date...but the money, we don't have it. 15 lakhs in 15 days - we can never afford that! I have sold everything for the last surgery and now all I have is hope…hope that there will be a miracle and Allah will save my little one’s life," - Apsara, mother.

Help save Adeen’s life. It is his last chance and only your kind contribution can help him get a transplant and save his life at the earliest.

Close
A
Patient Adeen is 2 years old, living in Kochi, Kerala
AM
Being treated in Aster Medcity, Kochi, Kerala 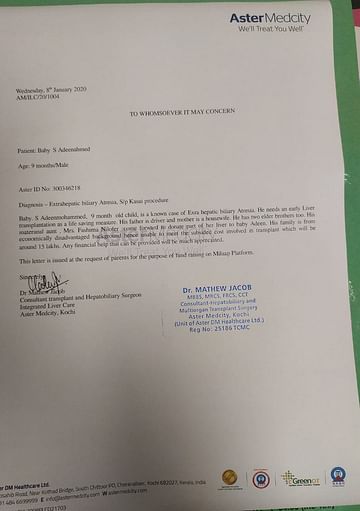 Click here to know more about Adeen
Donate now
OR
Click here to read the instructions before you make a bank transfer.