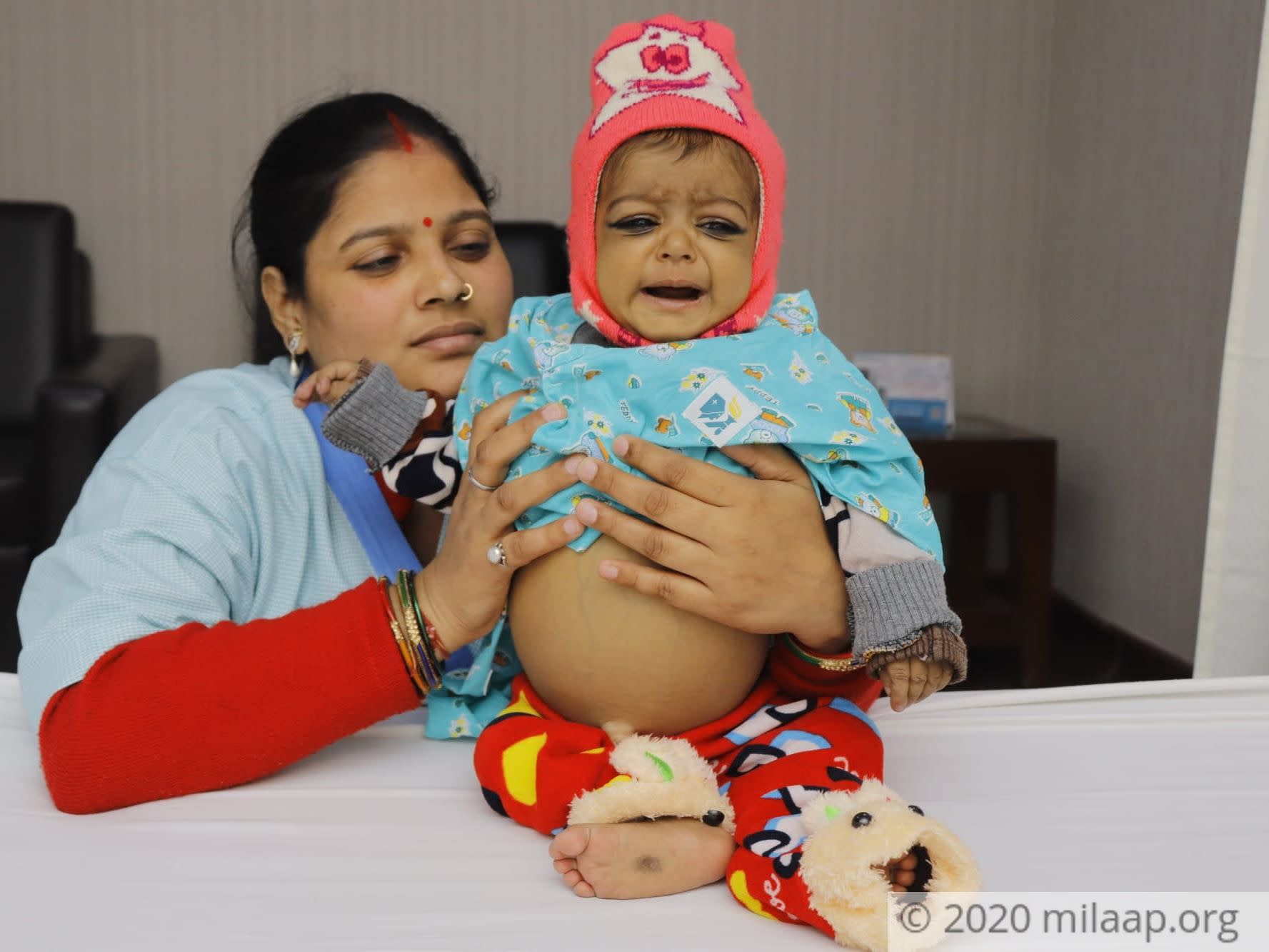 Share
I sometimes try to cheer her up, to make her smile like she used to, because it breaks my heart to see her broken like this. But... it’s hard. What else can you expect?
The last time she smiled, she was expecting a baby, I had a decent job, and our life was just starting.

Now... now she’s a mother, whose child is dying. 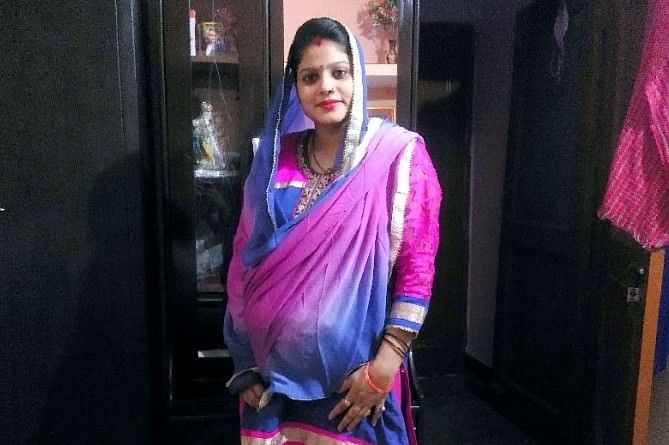 Gunjan, 7 months pregnant at the time, had her whole life ahead of her

They sensed immediately that something was wrong

As soon as baby Aastha was born, it became clear that all was not well. She was jaundiced, her eyes and skin a pale yellow. While the doctor tried convincing them that this was normal in babies and sent them home, the young couple could not let go of a nagging doubt at the back of their minds. After a few months, unable to take it anymore, they consulted with a different doctor, who ran some tests and confirmed their worst fears. 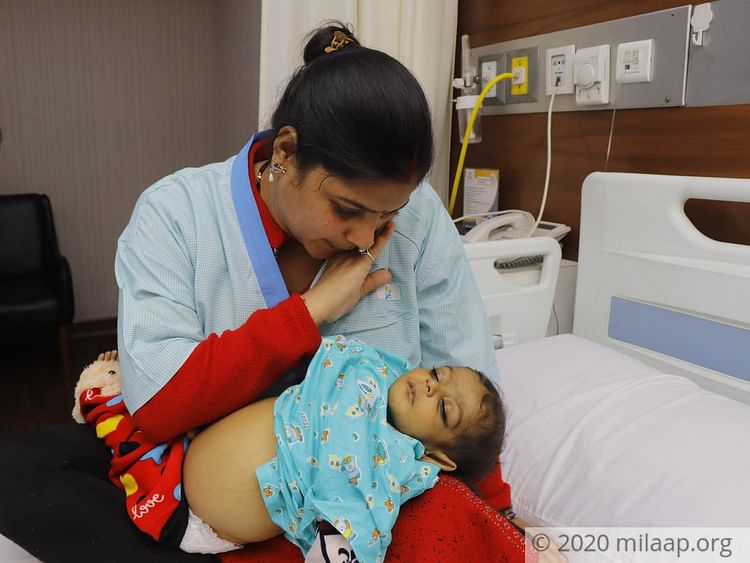 Her daughter's days were numbered from the moment she was born

“They said her liver is severely damaged. Some tube in it is blocked, and it’s apparently causing this toxic liquid to spread inside her body! When her stomach started swelling up, I knew it must be painful, but finding out that it’s a toxic substance!? It’s a wonder she made it this far. We need to get her treated as soon as possible, but the doctor said only a liver transplant can save her life now and it costs 16 lakhs!” – Gunjan 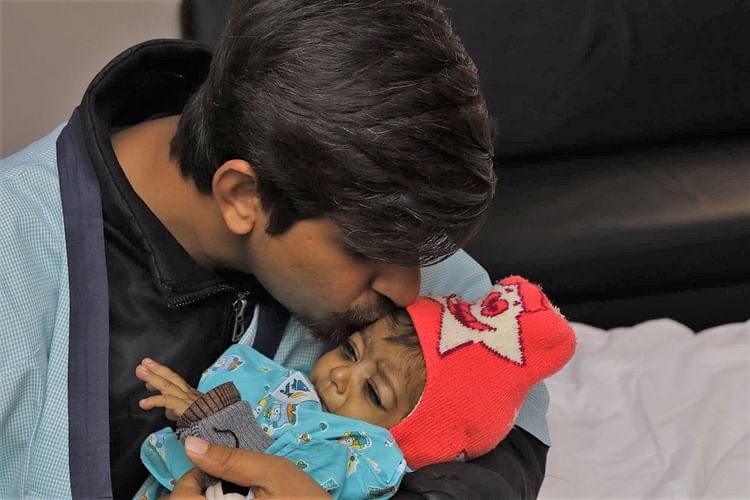 “Maybe if I had kept studying, I could’ve gotten a better-paying job. But soon after my 12th Finals, my brother had an accident that broke his back and left him paralyzed, and I had no choice but to start working and support my family. I became a vegetable vendor. When we got married, Gunjan tried convincing me that what I earned was enough to lead a happy life. Eventually, I started believing that, but now... now my daughter is on the brink of death and I’m unable to save her. It makes me feel so...” – Vishal, unable to continue

Only your help can save little Aastha now.Vishal is 25 and Gunjan is just 24. They are way too young to know what losing a child feels like. Donate now by clicking here. Save this family from a terrible tragedy.
AP
Patient Aastha Porwal is 7 months old, living in New Delhi, Delhi
IA
Being treated in Indraprastha Apollo Hospital, New Delhi, Delhi