Help Chandni Get Children Out Of Slums | Milaap
This is a supporting campaign. Contributions made to this campaign will go towards the main campaign.

Help Chandni Get Children Out Of Slums 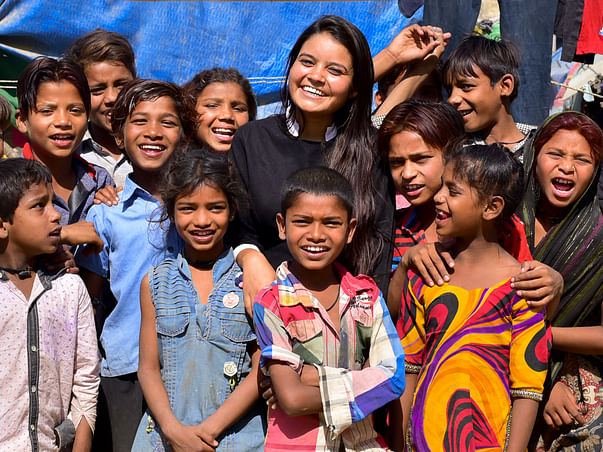 Chandni Khan was born in a slum, a place several kids take birth and die in oblivion. But she refused to lay back and make her peace with her grim destiny as she climbed out of the darkness and is now extending her hand to pull others out of it too.

Chandni recalls, “From the age of five, I used to travel along with my father to perform street magic shows and dance, even late at night”. Things further deteriorated for her when her father passed away and the onus of earning for the family fell upon her shoulders.
“At the age of eight, I had shifted to rag picking. Verbal abuses and dog bites became a part of my daily routine and at the end, I ended up in jail over false accusations of stealing. I kept changing my job, from selling flowers to corn, I was doing it all. During one of these monotonous days, I got lucky and met a few NGO volunteers who were educating children from the slums. It was then I discovered my purpose,” she narrates her story.
Chandni, who is now 22 years old, was 10 when she got enrolled in an open school and began her education. She is in class 11 now. Soon after beginning her studies she realized its importance and started inspiring communities to send their kids to study. She worked intensively with the NGO and helped them impact as many kids as possible. Her contribution was duly recognized as she was appointed District Secretary and then got promoted to the post of National Secretary.
She also started working for a newspaper for the slum kids called Balaknama, became a reporter for it and then, later on, became the editor. She collected stories of street children addressing the issues like sexual abuse, child labor, police brutality etc. and also narrated stories of hope and happiness. But she later left Balaknama as they did not look after under-aged kids and Chandni felt that there was a lot to be done in that area. That is when she conceived ‘Voice of Slum’.
Chandni started the NGO Voice of Slum (VoS) in Noida in 2015. She wanted to prepare the slum children for a world of intimidation, mistrust and very high expectations. Chandni says, “Firstly we connect with them through basic plays, so that we spark an interest and connect with them mentally, so they start listening to us. Then we slowly and gradually start providing them basic education”.
To begin with, VoS takes a child under their wing and provides free education for 1.5 years. These ‘tuition classes’ are to prepare the child for mainstream education. After 1.5 years of taking VoS classes, the child is enrolled in a school. Depending upon the timings of the school, VoS takes additional classes in the morning or evening to ensure that the kids are up-to-date and their education is progressing well. Through educational, vocational activities, the NGO can ensure that young children don’t get into drugs or stealing but rather prepare themselves for a better, mainstream and respectable future. This will not only help these street kids to enter into the mainstream society but also dramatically decrease the abuse of these young kids. They will know their rights, they will know what’s right from wrong, and they will eventually help and nurture the other kids who face the same challenges.
Chandni has been felicitated with many awards for her work with the slum children and her work has been recognized by many organizations.
Voice of Slum now works for the basic needs of these underprivileged children and organizes various activities for the same. They work towards health and nutrition, education, and shelter for these kids. “Today, we have trained about 300 students. Of these, at least 50 have secured formal education opportunities, 50 others have secured jobs, and we have rescued five girls from deplorable conditions,” says Chandni. She dreams that each and every kid in the slums of Delhi and Uttar Pradesh gets proper education.
The Need:
Chandni and her team is struggling to pay the expenses of running a rented premises to provide the best quality education to the slum children. They need funds to provide food, stationery and also pay the fees for the slum kids enrolled in schools. They also need to pay the salaries of 8 teachers. Your support will help Chandni and ‘Voice of Slum’ to get more children out of the slums and give them a better life.
Breakup of funds required monthly:

UPI: givetomlpvos8@yesbankltd (Copy to clipboard)
Or
Click here to read the instructions before you make a bank transfer.

Thank you for all the support
A quick update for you all. As part of children's day celebration, we distributed school bags and books to 150 kids under our wing. We are also arranging inverters to be installed in the buildings so that the children won't have issues studying during power cuts in the evening.

This would have never been possible without your support for which we are ever grateful. Thank you all.

Report fundraiser
See how thousands are crowdfunding for their causes on Milaap
Content Disclaimer: The facts and opinions, expressed in this fundraiser page are those of the campaign organiser or users, and not Milaap.
Rs.1,128,610 raised

Donated to this campaign via Paytm? Click here if you can’t find your donation listed below.
A
Anonymous donated Rs.6,790
MI
Milaap Impact Partner donated Rs.60,000

Donated to this campaign via Paytm? Click here if you can’t find your donation listed below.
A
Anonymous donated Rs.6,790
MI
Milaap Impact Partner donated Rs.60,000

You are sending a message to
Chandni
Go back 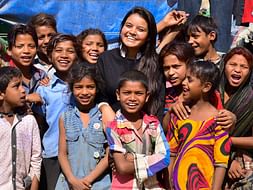 Help Chandni Get Children Out Of Slums