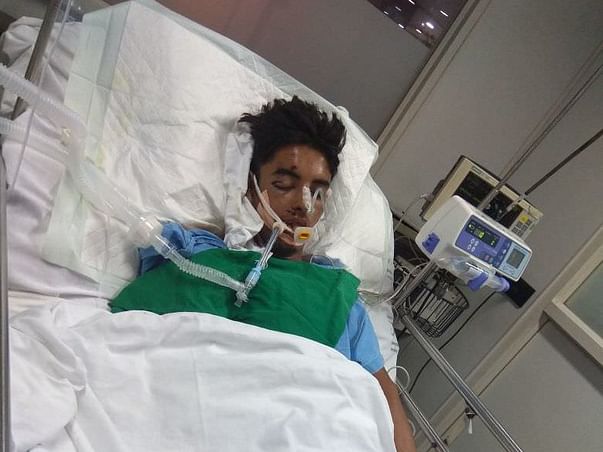 Share
On 10th March 2018
My younger brother (18 year old)on his bike way back to home from Andheri when he came across a bus and got hit which was coming from the wrong side. He was taken to nearby hospital(holy spirit hospital,Andheri)by his friends immediately.(left unconscious)he was addressed by Doctor Harshit Parekh after the MRI scan ,reports stated that his right side got paralyzed and will have to keep him on ventilators for more than a week  as there major injuries found in his brain,due to which he is still in semi-coma and is still unconscious,according to the sources he has to be in intensive care and observation atleast for a month ..as he is out of ventilators ,doctor said he cannot be in icu for so long as his lungs started getting infected due to which he has undergone tracheostomy surgery,on 20th March 2018 he has been shifted to surgical ward C-6 his UHID is HSH180010329 he is still unconscious and doctors informed us that the recovery process may take upto to 3-6 mnths..his total treatment cost is approx 8-9 lacs and may increase upto 12-14 lacs ..as we have only 1 person who runs the entire family expense, it is beyond our capacity to bear the hospital expenses.your small contribution would be a  huge help for him..Please help me save my brother