Rajesh, a mentally-challenged father needs funds to pay for the dengue treatment of his daughter.

Vijitha, a 1-year-old baby was brought into the emergency room at Manipal Hospitals two weeks back with a severe case of fever, rash and seizures. She had an advanced dengue infection and had to be moved to intensive care. She is being given antibiotics and has a good chance of getting better according to her doctors. 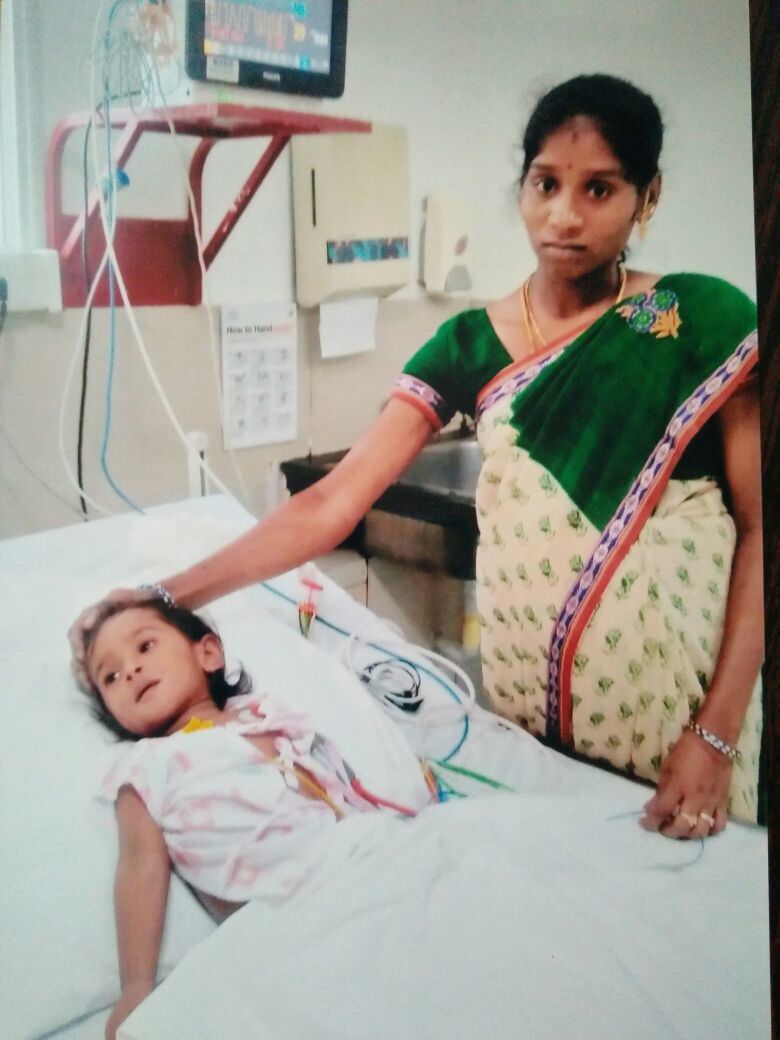 Vijitha's father Rajesh is a mentally-challenged person who works as a helper in a garage. He earns Rs 500 per month. Her mother is a housewife, who is now 4-months pregnant with their second child.
The family is taken care of by Rajesh's mother Mallika, who works as a sweeper in BESCOM and earns Rs 9,000 per month. His uncle Selvam, also a day-wage earner, has spent all his savings on helping the family with their illness.
But in the fifteen days that Vijetha needed to be in the hospital, the family has run up a bill of Rs 4 lakhs. After borrowing from family and friends, they were able to pay back only Rs 75,000. They need help funding the rest of Vijitha's treatment.
Donate now and help a poor family save their child.
Supporting document