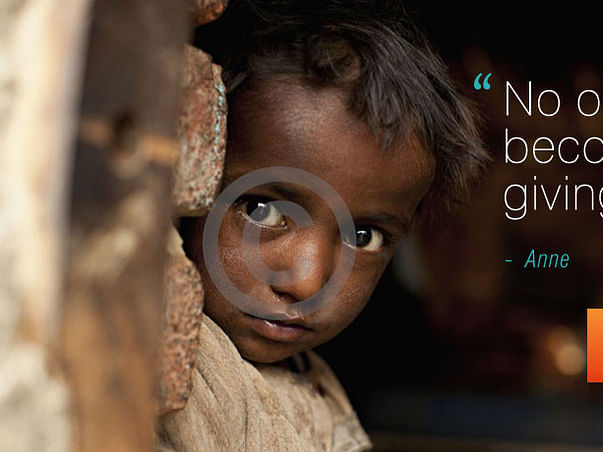 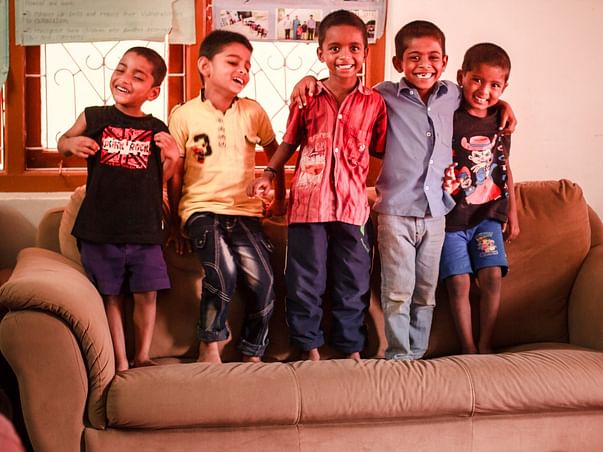 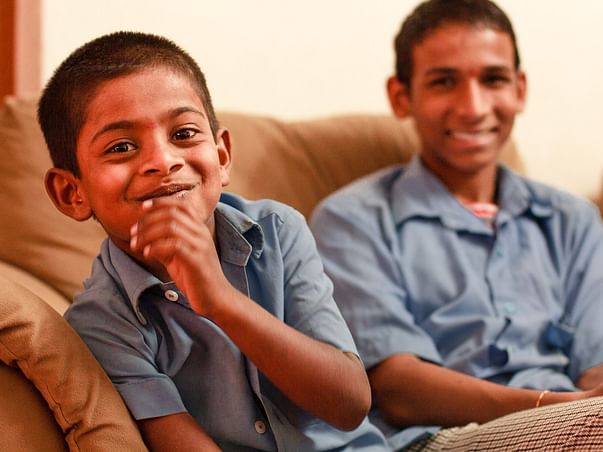 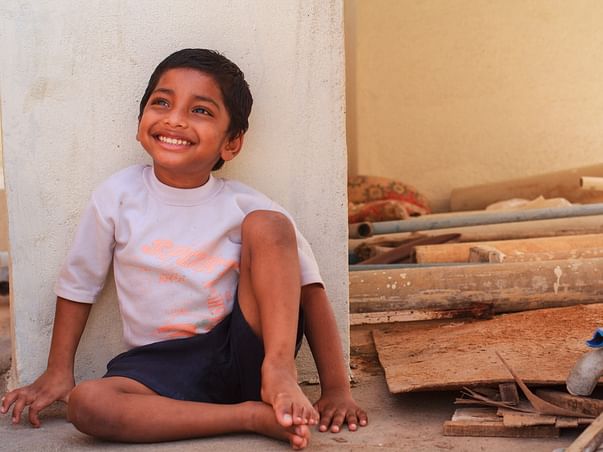 Five year old Manju runs towards us, beaming. His sunny persona belies the hardships he has faced in his young life. Manju was born among 10 children to his parents, whose professions switched between ragpicking and begging. Till he was three years of age, Manju was forced by his mother to beg on the streets. Today, he is a happy, healthy child, thriving in Vidyaranya, a shelter for children like him.
From the streets to the shelter
Manju is among the several street children at Vidyaranya. Most of the children here are between the ages of 4 and 18, and are children of immigrants from neighbouring states. They led their most tender years as ragpickers, beggars, or sellers at traffic signals, mostly forced into these professions by their parents to make ends meet.
Devipriya and Hema are from Vellore, Tamil Nadu. When it became difficult for their parents to take care of them, the two sisters were left to wander the highway, jeopardising their lives, before being rescued by Vidyaranya. The shelter had to convince the parents of the two sisters that they would be well taken care of.
Vidyaranya helps the children with their education, shelter, and food. Almost all of the children are enrolled in Kannada-medium schools, while a few are studying at English-medium schools.
Eshwar, who takes care of the children at the shelter, says, “We run this shelter for children who have run away from their homes, or dropped out of schools, or begging on the streets, or estranged from their parents, or maybe lost at a railway station or a bus station. We bring such children to the shelter. We try to get as much information as possible about the children and either try and re-unite them with the parents, or given them shelter and an education.”
A place to call their own
When an individual walks into the building that houses the shelter, they would first notice the lack of furniture. Those props that act as forts or castles to ignite a child's imagination are missing. This is where Urban Ladder and Milaap stepped in.
With Exchange for Good, you can help children at Vidyarana make new memories with your old furniture. When you buy new furniture at Urban Ladder, you can choose to donate your old furniture to shelters like Vidyarana who are in great need of them. A few pieces of the furniture that have already been donated to Vidyarana have started to make the children smile, thereby creating an emotional impact that goes far beyond what money can buy.
These children no longer have to sit on the floor to eat, read, or do their schoolwork. The Exchange for Good campaign has helped transform their discomfort into happiness and hope.
Eswar, who helps take care of the children, says, “We didn’t have any chairs or other furniture in this building earlier. As a result, I think the place looked quite unappealing. The children would always have to sit on the floor, whether it was to play or to watch TV. The children are very happy with the new furniture now. They’re excited to sit on it, or play on it all the time.”
Mahadeva, who heads the shelter, agrees. He says, “The children are happy. They think of other children with furniture as royalty, and now equate themselves to those children. These simplicities that put a smile on their faces are what we look forward to.” With a small gesture from you, the children at Vidyarana, and many more in need can lead more comfortable lives.