Help Rajeshwar Shelter Patients Who Have Forgotten Their Identities | Milaap

Help Rajeshwar Shelter Patients Who Have Forgotten Their Identities 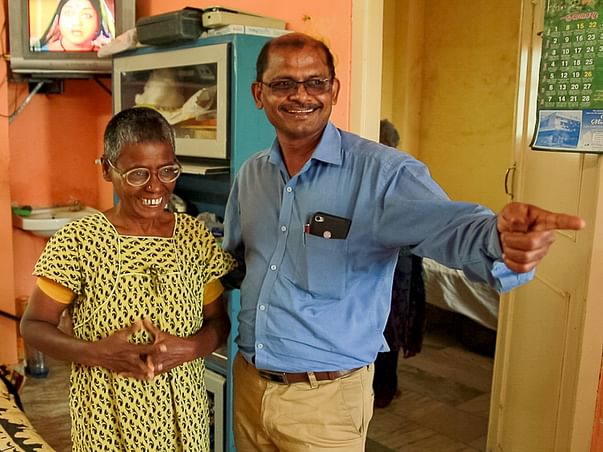 Mr. K. Rao established an Organization in 2004 as ‘Satya Harishchandra Society which has its seed in 1994 with an innovative idea to create:
– The identity of unknown – unclaimed dead bodies and
– Single platform to trace the missing persons.

K. Rajeshwar Rao used to visit the Hospital along with his father who was a fourth class employee (Ward boy) in Osmania General Hospital in frequent intervals. He experienced excruciating smell from morgue which is revealed out of decomposed (unclaimed) dead bodies. One day he found a gathering weeping near the mortuary who were enquiring about their missing family member and got the information that the missing person is dead and is in the morgue. The missing person’s family was in dilemma how to find the dead body. Because, these dead bodies are in highly decomposed state which were lying since 2-3 months in the morgue, which cannot be identified until and unless DNA test is performed. This situation made Rajeshwar Rao to take a resolution to make the identification of such dead bodies easier.


Mr. K. Rao was the photo operator in Sun Color Lab (which is near to morgue of Osmania General Hospital) and a skilled photographer. Mr. Rao started extracting photographs of unknown dead bodies immediately when the dead body brought to the morgue by offering the one set of photographs to Police Officials for their record at free of cost and other set of photographs were pasted by him on the walls outside the morgue for the identification of dead bodies by their relatives. Mr. K. Rao used to meet the expenditure from his pocket i.e., half of his salary.But the idea of wall poster didn’t work because the photos didn’t last long on the walls.
He thought to maintain the album of such photographs which can be preserved even after the late hours of the cremation for the convenience of their related families. So, Mr. Rao started the Dead Bodies Photo Library beside the Afzalgunj Police Station with the consent Police Personnel’s and started showing the photographs of unknown and unclaimed dead bodies to the missing person’s families to search their missing person in the existing photographs. The main source for advertisement were police officers. Police had started sending victim families to search missing person in the photographs of unknown dead bodies with  K. Rajeshwar Rao. This particular activity created a single platform to victim families to trace their beloved one.


Still Mr. Rao was not satisfied with his services because only few photographs of dead bodies were traced in a month out of hundreds of dead bodies. He thought every dead body photo is not published in media, and even if published it is only for one day which may or may not reach to the notice of family members of such dead body. Mr. Rao wanted to make the photos to be accessible from every corner of the country by starting a website.

To execute his thoughts he sold his personal property for six lakhs to meet the expenditure to create the office for the benefit of public. After 2011, the organisation adopted one more feature i.e., extraction of photographs of unknown patients who are bought by the ambulance or admitted in the hospital by any other source on daily basis. Even these photographs are published on the website. If unknown patients still remain unclaimed even after the completion of treatment than they are relocated to the Destitute Welfare Center (old age home) by fulfilling all legal procedure i.e., only after giving the intimation to concerned Police Station. Satya Harishchandra Foundation stands as a unique center to create the identity of unknown dead bodies and unknown patients. The foundation preserves the data of unclaimed dead bodies even after late hours of the cremation.


Missing person’s family can find their related one with in few minutes if anything happened to him/her in Twin Cities of Hyderabad and Seconderabad or other districts in State of Telangana. If unknown dead body is traced than such dead body is handed over to their respective family. If unclaimed dead body is traced after late hours of cremation, than cremation certificate is issued to claim Death Certificate, to claim the further benefits like Insurance, Pensions, scholarship Etc., which is not possible without Death Certificate.If Photographs of past unknown patients are traced, if such patient is located shelter by them, then such patient will be brought back and handed over to their respective family.
To continue supporting the unclaimed patients at the Destitute Welfare Center (old age home), Mr. Rao needs your help. Your support will ensure that Mr. Rao can provide a shelter, food and medicines to as many unclaimed patients.

Thank you for your continued support so far.

We are happy to inform you that this fundraiser has been covered by NewsMeter(online news portal) on October 9th 2020. You can read the story at
https://newsmeter.in/k-rajeshwar-rao-meet-the-man-who-has-given-respectful-burial-to-over-13000-unclaimed-bodies/

We hope this will help “Satya Harishchandra Society” the love and support it deserves from more and more generous supporters like you.

Regards,
Team Milaap.
We thank all contributors. We will be utilizing the amount contributed you to purchase the food ingredients to our inmates. Generally it exceeds the 25000 per month only for food ingredients. Now the amount which are withdrawing will be part to such Rs. 25000/-
Donate

You are sending a message to
Kanugula Rajeshwar Rao
Go back 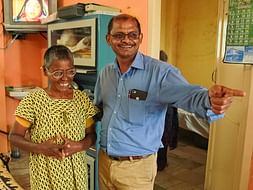 Help Rajeshwar Shelter Patients Who Have Forgotten Their Identities