HELP US TEACH AGRICULTURE TO GIRLS IN RURAL UNNAO. | Milaap

HELP US TEACH AGRICULTURE TO GIRLS IN RURAL UNNAO. 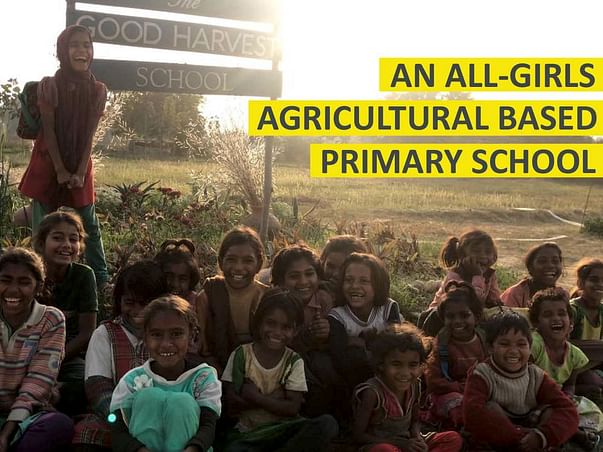 The Good Harvest School is an initiative by young individuals from diverse fields who aim at providing quality education to village-girls and nurture them with values and competencies by giving the right balance between curriculum and extra-curricular activities. We aim to help our students stand abreast with students across the globe.
At The Good Harvest School the girls are given education beyond just books. The school being nestled amidst farm fields provides ample of opportunities to learn from the natural surroundings and breaks the monotony of being restricted within four walls of the classroom.  Basic education, agriculture lessons and co-curricular activities form an integral part of the curriculum. The Good Harvest School is bringing quality education to young girls in rural Unnao and giving them a fair chance to learn and grow.

In 2016, the school started with 6 girls and today we have more than 30 students. From being non-school goers to becoming regular to school, our students have come a long way. They have shown tremendous progress in all areas and have emerged confident and expressive, they show readiness to learn and embrace a novel concept with ease. It’s a delight to see some of them being able to read fluently in Hindi and their keenness to converse in English. Their lives are a beautiful story of challenges and hope; they show immense enthusiasm and determination to be present at school every day.
All of this happened because you supported us. Our journey started with an idea and many believed in it. We are growing gradually and becoming stronger in our mission to bring quality education to young rural girls without any fee.

WHY DO WE NEED TO TEACH AGRICULTURE TO OUR GIRLS?

In 1989, the government released its first report on India’s women workers in the unorganised sector, of which agriculture forms an overwhelming majority. The findings stated that 85 percent of employees in the farm sector were women, be it as cultivators or daily-wage labourers. The report also discovered that women were equal toilers in traditionally men’s activities like transplanting, harvesting and threshing paddy, treading pulses and breaking stones. They did this in addition to performing their socially assigned roles of child-rearing and household chores. But to the Census, they were just ‘housewives’.

This prejudice continues today, as Mrinal Pandey points out in a searing article on invisible female farmers. From preparing the land, selecting seeds, preparing and sowing to transplanting the seedlings, applying manure/fertilisers/pesticides and then harvesting, winnowing and threshing, women work harder and longer than men. Yet they are under paid and remain invisible. But the undeniable fact remains that India’s agricultural industry, which employs 80 to 100 million women, cannot survive without their labour.

The Good Harvest School is a small yet a long-term effort to groom young girls from the beginning to make right choices. And groom them to become better future farmers.
At The Good Harvest School an open space is provided for students to learn about good farming practices. The students get a hands on experience in preparing seed beds, grow a variety of saplings/seedlings in nursery and become aware of the know-how of new-age agriculture.

The school started its first batch with 6 girls in September 2016. But we did not have any plans to open a school initially. My husband and I started a small animal farm in 2013. Before opening a school, we worked closely with the farming community providing them better seeds, connecting them with agriculture experts and providing assistance. After spending a lot of time working amongst the farmers, we realized that we’re only helping them on small issues and neglecting the most basic of all. Primary education. But unfortunately, the local schools struggle to provide holistic education. The prime reasons are shortage of qualified teachers, poor infrastructure and lack of teaching skills. Due to which rural students suffer the most, especially girls. Finally we reached to a point where we couldn't ignore it anymore. So we decided to open our farm doors to girls and give them the same quality of education as compared to city-based school. And to create better opportunities for them in the future, we incorporated agriculture as a subject in the curriculum.

We are extremely happy and nervous at the moment. This time we are raising quite a bit of funds to achieve our goal of self-sustainability. We require teachers, better transport system for students, new sheds for animals, and some basic housing. We are hopeful that this campaign would reach to enough number of donors so that we can meet our needs. I urge you to give generously and help us spread this campaign. Only through your generous giving we can continue to give free education to our girls.

UPI: rzpy.givetomlpthegoodh002@hdfcbank (Copy to clipboard)
Or
Click here to read the instructions before you make a bank transfer. 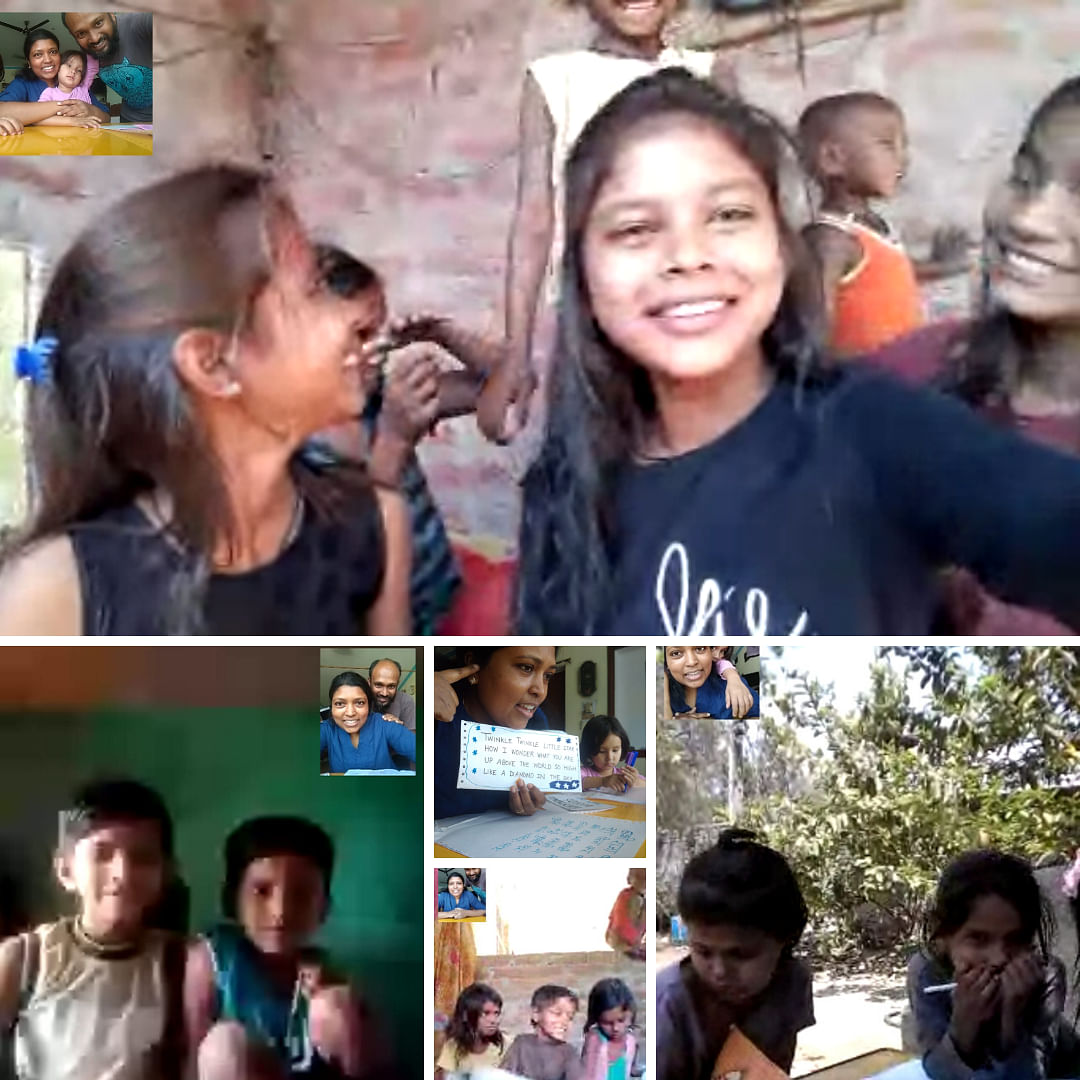 We are safe. And I hope you are too. We are still not being able to visit villages personally, but phone calls and video chats are keeping us connected with our students. Thankfully all of them are safe and healthy. Recently, we have started taking short classes over the phone. They are missing school and so are we. We are also in touch with their families, we are trying to help them in whatever ways we can. Sharing our food stock to recharging their phones, we are not holding ourselves back in these times. Recently we were able to visit one of our student’s families. She is a single mother. She works at a tobacco factory locally and her employer refused to pay her during this lockdown. We had to drive to her village to give her basic supplies and some money. We hope and pray that this gets over soon and we all are back to our respective jobs.

If you wish to reach out to us or to our students to encourage them over the phone, please feel free to contact us. 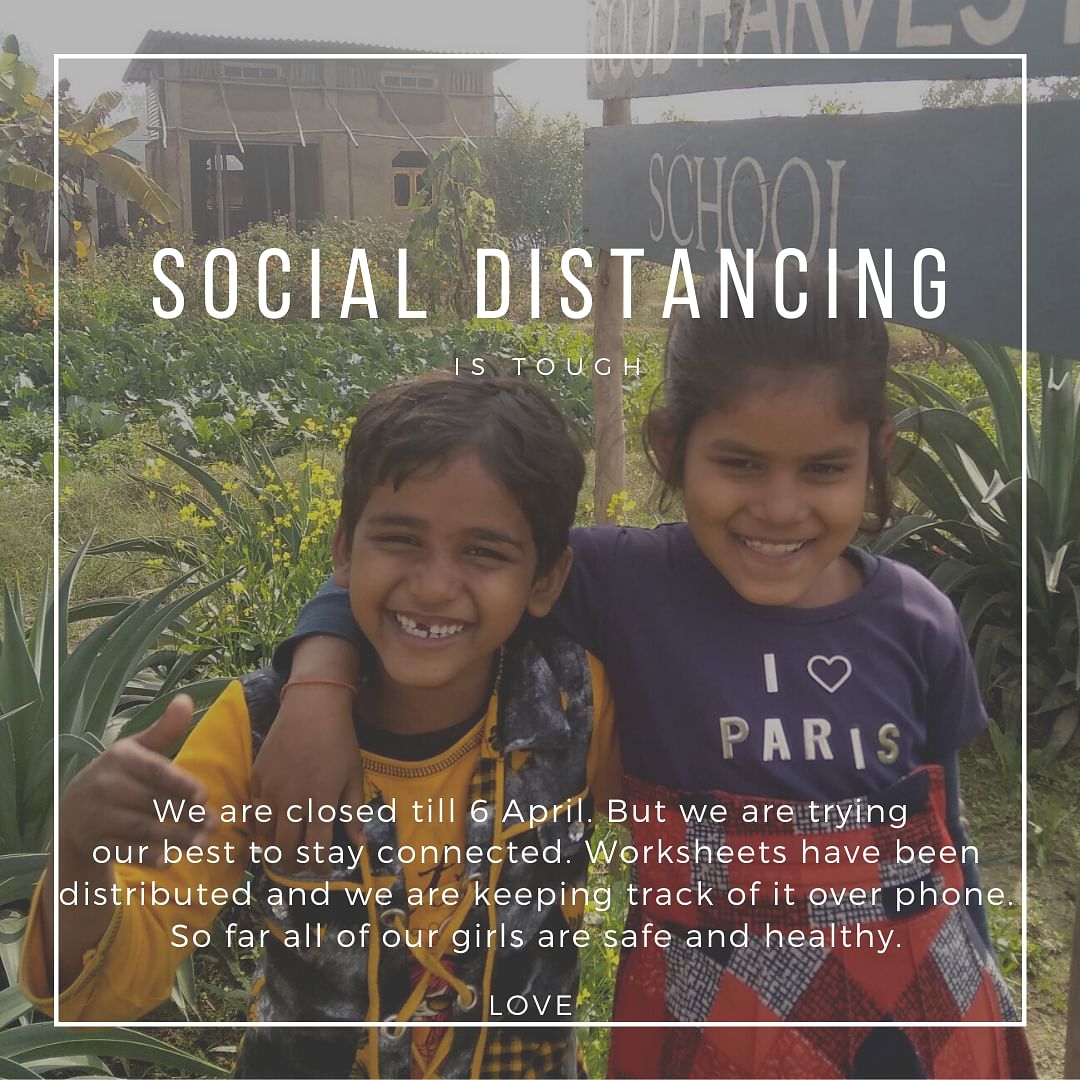 We are excited that a lot is happening at the school that you have created. The Good Harvest School is reaching out to more girls from the community and helping them stay in school. Not only villagers but local authorities are appreciating the school’s culture. We are encouraged to see the change around us.

On the agriculture front, for the winter season we are focusing on Broccoli, Purple Cabbage and Mushrooms. Our plan is to slowly become 100% self-sustainable through agricultural income.

I encourage you to visit us whenever time allows you. Please follow our Facebook and Instagram page for frequent updates. Kindly continue to support us. We need a few more classrooms before December. To construct one sq ft of area we need roughly Rs. 1150/-, we are hopeful that slowly we will be able to build it completely.

Thank you so much for your love and trust.

All the best. Lots of love and best wishes.

All the best. Lots of love and best wishes.

HELP US TEACH AGRICULTURE TO GIRLS IN RURAL UNNAO.