Help This Taxi Driver In His Quest To Eradicate Illiteracy | Milaap 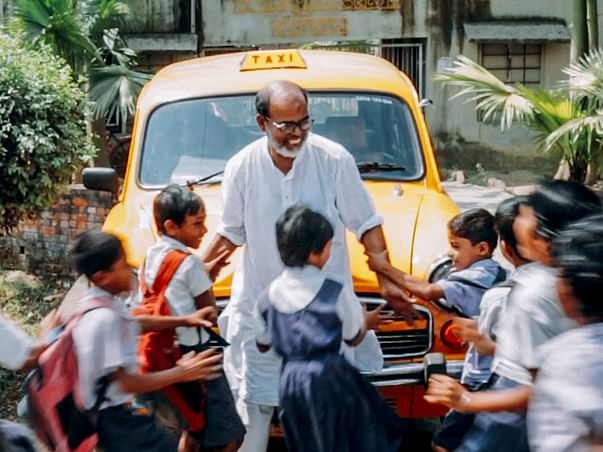 Seven-year-old Gazi Jalaluddin studied at the local school of his village. A studious kid, he was excited to tell his father that he had stood first in class 1. But his father had news of his own — he was unable to gather enough money to buy him books for class 2 so Gazi would have to stop going to school.
Gazi’s father was unwell and they came to Kolkata in search of some work, which might give them at least one meal everyday. Unfortunately no one would hire an ailing man, and Gazi ended up begging on the streets of Kolkata.
Once he was 12 or 13, Gazi started to work as a rickshaw-puller in the Entally market area of Kolkata. And in few more years, at 18, Gazi learnt to drive a taxi and became a taxi-driver in 1977.

But it was always on his mind, the many young boys back in his village still trying to make ends meet. He started saving money driving a taxi so that no child would have to go through the same fate as he did.
Today, he runs two schools teaching 400 children in the Sunderbans, using money from his own pocket. With an expenditure of Rs 2 lakhs per month, he needs your support to continue his life's work.
Help Gazi in his quest to eradicate illiteracy from the Sunderbans!

We thank you for your love and support. We are running a total of 3 schools right now with a total of 540 students. We will be using whatever funds we can get from milaap for school utilization like books, uniforms, and others for now.

Again thank you for your support and please share with your friends and family.

With Regards,
Jalaluddin
Donate
Report fundraiser
See how thousands are crowdfunding for their causes on Milaap
Rs.112,540 raised

You are sending a message to
Ramthilak
Go back 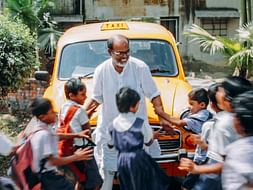