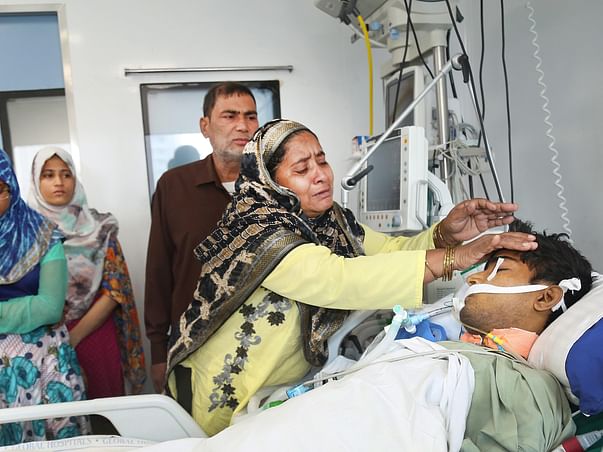 Share
Our son, Tabresh, is 28 years old. He should be at a good job, married, and creating a future for himself with a family. Instead, my son is racing against the clock to stay alive. He has been fighting a liver dysfunction. Now, his liver has failed, and he is bleeding continuously into his stomach. We have less than a week to save him with a liver transplant.

We did not know that he was slowly dying

We had no reason to think he had any health problems, until he got jaundice in 2016. It was extremely painful. His legs were swollen, and he was yellow. He could not eat, and we had to take him to the hospital. Tests showed that Tabresh has been suffering from Budd Chiari Syndrome. The veins that go to his liver are blocked. He did not know, nor did we, that his liver was slowly dying. He had a surgery to fix this problem, but it did not help.

The symptoms just got worse, and we just ran to every hospital for help

Tabresh began having severe stomach pain. He got jaundice again. His legs and arms were swollen. He could barely eat. We knew we had to go somewhere else to get an answer. We left our small town in UP and came to Mumbai. By the time we reached here, Tabresh went into a critical condition.

The doctors had to rush him into emergency surgery to unblock his stent. That surgery was not a success. Tabresh began bleeding into his stomach, so much that they had to stop. I was so frustrated. I wanted my son out of the pain, but the doctor said that he would have died on the table if they continued. He is still bleeding. They are unable to control it.
The worst part is that his liver has completely failed. He is not conscious. He is clinging on to life.
"I do not want to see my son die because we cannot afford a surgery. You are our only hope."

Please contribute and help us save Tabresh. We have very little time.