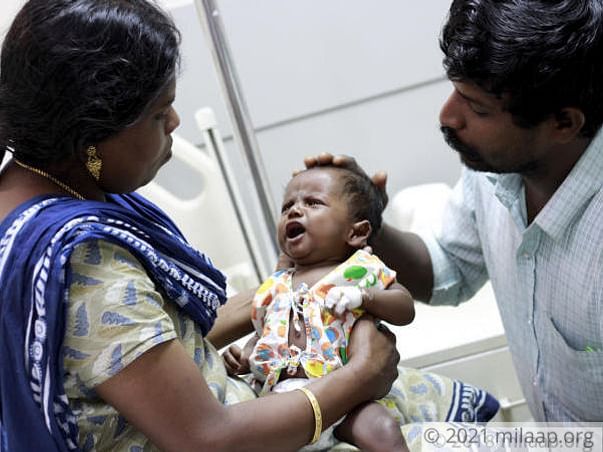 The doctors have told Elango and Rameshwari that their 3-month-old son, Dashwanth has a hole in his heart and the only way that he can survive is through a surgery. He is so weak that even when he cries out in pain, he tires out. Every time, Rameshwari looks at the frail self of her little son she breaks down in tears. Dashwanth was born to Elango and Rameshwari long after they had got married. After years of prayers and visits to the doctor, Rameshwari conceived Dashwanth. The day he was born, the parents were filled with joy hardly knowing that their happiness would be so short-lived.

“Only 15 days after we brought Dashwanth home, he caught a severe cold and I noticed a strange sound while he was breathing. First I thought that it would go away on its own but when it seemed to persist longer, we decided to take him to the hospital. The tests were performed only to reveal to us that he has a hole in his heart. I broke into tears the moment I heard this, I was not prepared to lose my only child,” - Rameshwari.

Baby Dashwanth has a congenital heart defect that doesn’t allow the oxygen-rich blood to be circulated to the entire body and the heart has to work harder to pump enough blood to the body. This leads to an enlarged heart and a high blood pressure. Dashwanth is 3-month-old but he is severely underweight - he weighs just 3.5kgs. His growth has been stopped due to the defects in his heart.

Elango and Rameshwari live in Nagarkoil, near Kanyakumari. Every time they need to take Dashwanth to the hospital, they have to travel by bus. It is a long, tiresome journey and the little baby gets even sicker during the journey.

“Often we have to spend few nights in the hospital for his treatment. We don’t have the money to rent a house there and hence end up sleeping on the hospital floors. The canteen food is too costly for us and sometimes we have to skip the meals too. But all of this doesn’t affect us when Dashwanth’s face comes to our mind. I don’t mind going through any hardships - all I want is him to get better,” - Elango.

Helpless and desperate to save their son, the parents have mortgaged their jewellery but are still short of funds

Elango is a daily-wage worker and on days he gets work, he is able to make only around Rs 400 a day. Rameshwari is a housewife. Elango’s income is not enough to meet their daily needs, leave alone affording the surgery their baby needs to get better. They have mortgaged Rameshwari’s jewels and have spent around Rs 45,000 till now. The doctors have said that Dashwanth requires an open heart surgery that would cost them Rs 4 lakhs. They are in no condition to arrange for so much money. Every day, they live with the fear that they will lose their son.

3-month-old Dashwanth has a hole in his heart and has a severe breathing problem. He is very weak and his condition is worsening each day. He is in urgent need of a surgery but his poor family is struggling to get him the treatment. Your kind help can bring back the smile on little Dashwanth’s face and give him a healthy life. 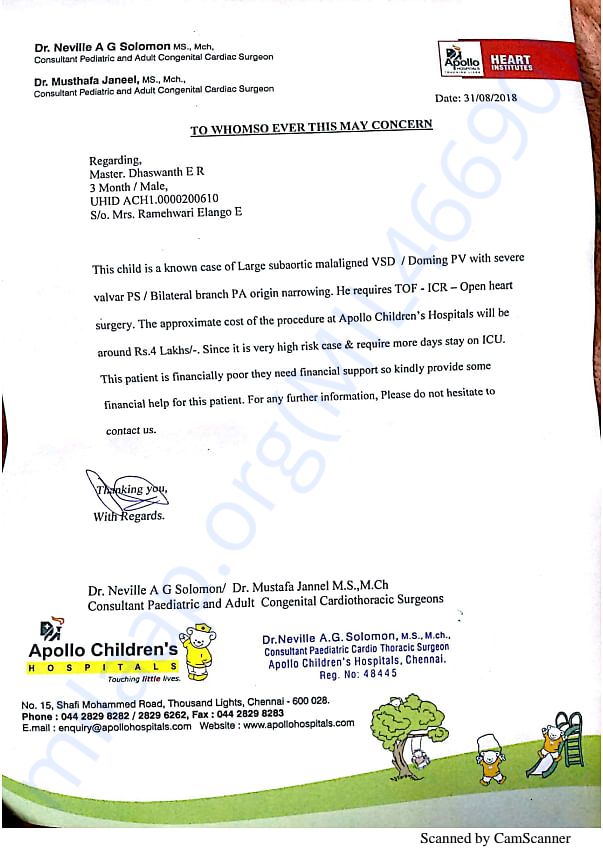 Scan & donate with any app
check_circle_outline Download payment receipt
Report fundraiser
Know someone in need of funds for a medical emergency? Refer to us
Rs.6,225 raised

Please God save the child!

Please God save the child! 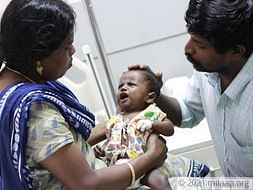