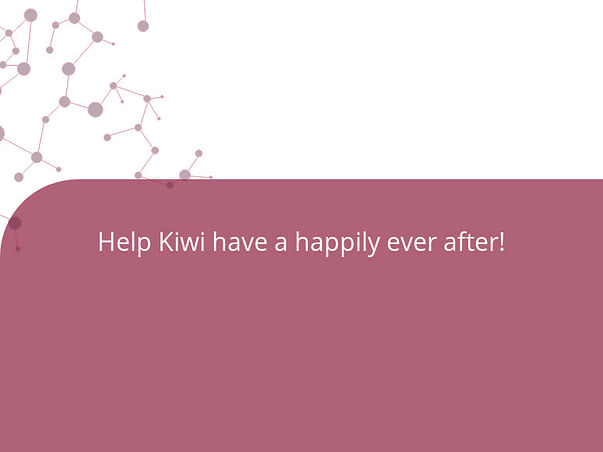 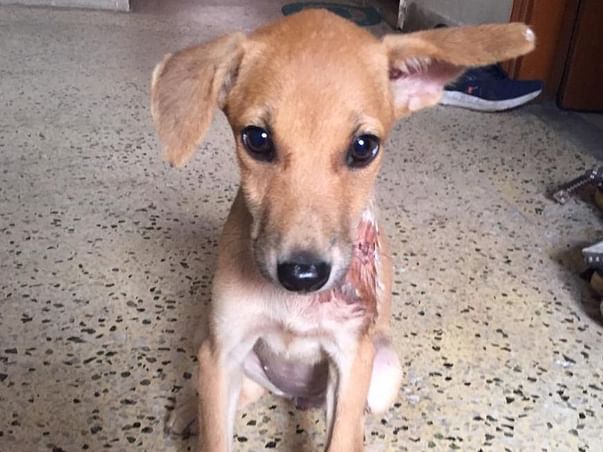 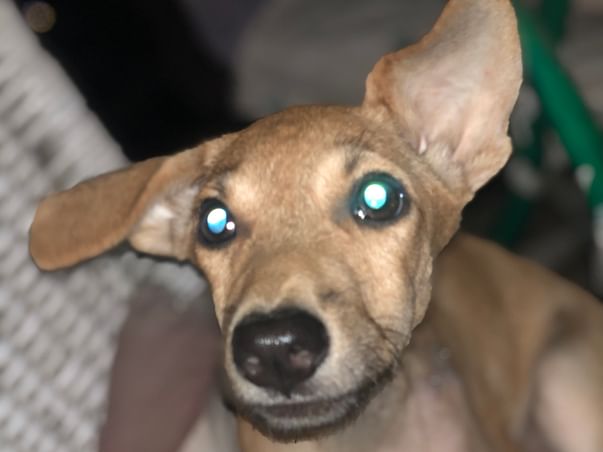 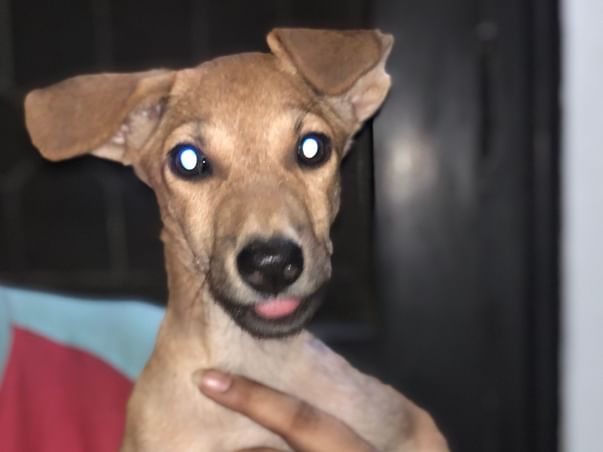 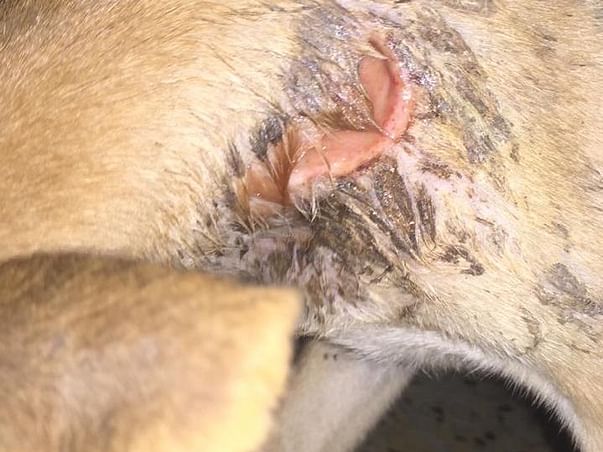 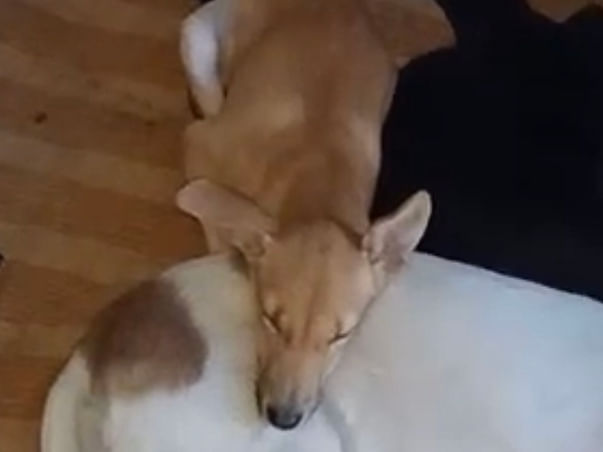 
I rescued Kiwi, a female Indian Pariah dog from the Shadipur main road on a Saturday night in August. She was just about to be run-over by one of the cars in the heavy traffic. When I looked at her, all I could see was an extremely weak and scared puppy who had probably never felt human touch before.
Kiwi seemed about 2.5-3 months old.
She had a terrible dog bite on her neck, some bruises and marks on her head, as if hit by a stick and had a slight limp on her right hind limb.
I had Absolutely no luck in finding a mother or litter.
I had to take her home, so I got her vaccinated and dewormed the next day.

Since i have 3 other pet dogs, and one of my dogs had recently passed away due to old age- my family was absolutely against keeping another even just as a foster.

The next day itself I moved Kiwi to Amrita Mam’s boarding in Greater Kailash 1.
Kiwi has since been adopted (housecheck done) and returned after 3 days because the adopters suddenly had a change of heart.
She has been at the boarding after that.
Various attempts at various forums were made but there was not one single person interested in adopting Kiwi. I couldn’t give up on this little innocent kid, so I decided to make a request to the owner if she could open her home to keep Kiwi forever by charging me a lump sum amount; as paying ₹5000 a month was not feasible anymore as I am a student and do not have an income.

Kiwi has been at the said boarding since almost 5 months now. I’ve not once had any issue or faced any kind of problem. In fact, sometimes when i forget to take updates about her wellbeing, Amrita Mam has been more than helpful and kind to send them herself.
I am really happy at the place Kiwi is in right now, but it won’t be for long if i am unable to provide for her basic necessities.

PLEASE PLEASE Help me secure Kiwi’s future! How can you say no to those eyes? She’s suffered a lot already.
₹200-₹500 is just a coffee or milkshake these days. Please help Kiwi.

Please share this. I have only 1 Month to Raise the said amount.