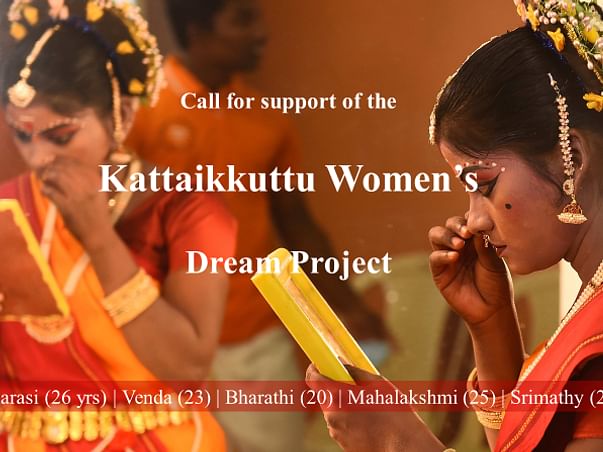 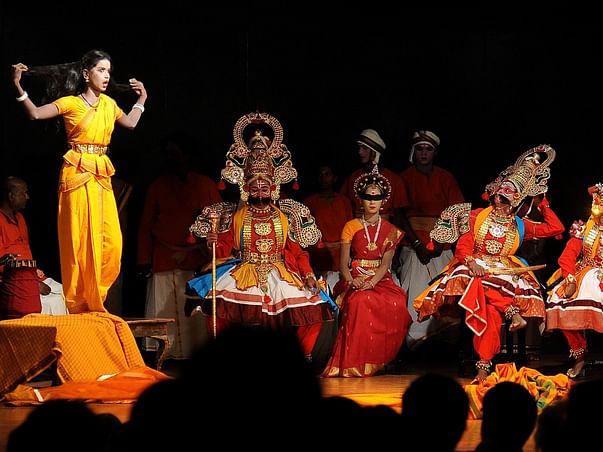 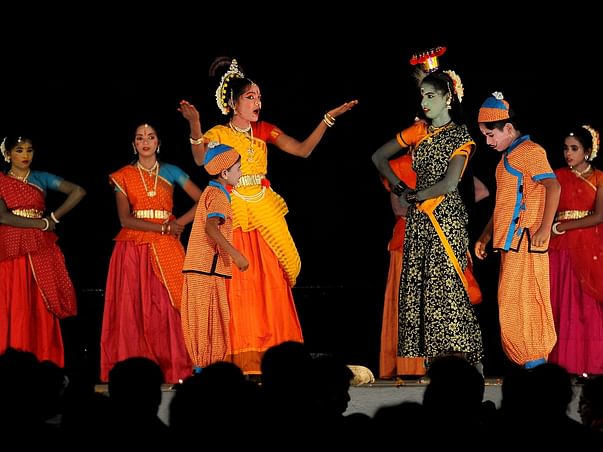 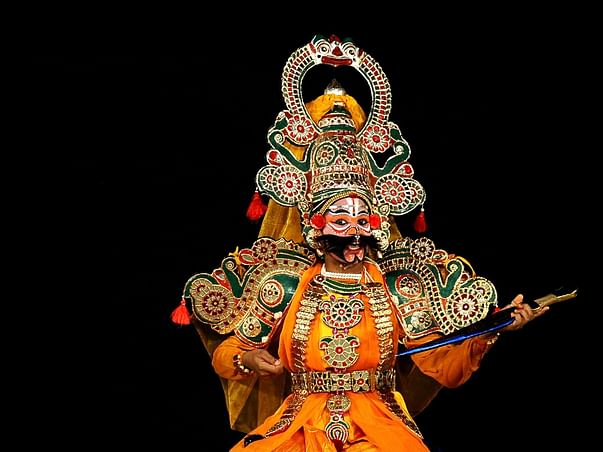 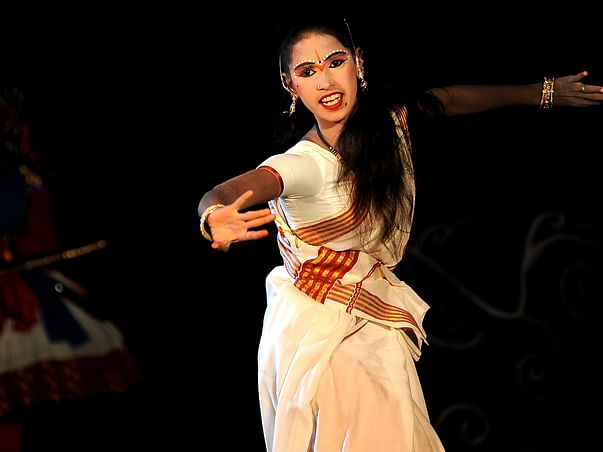 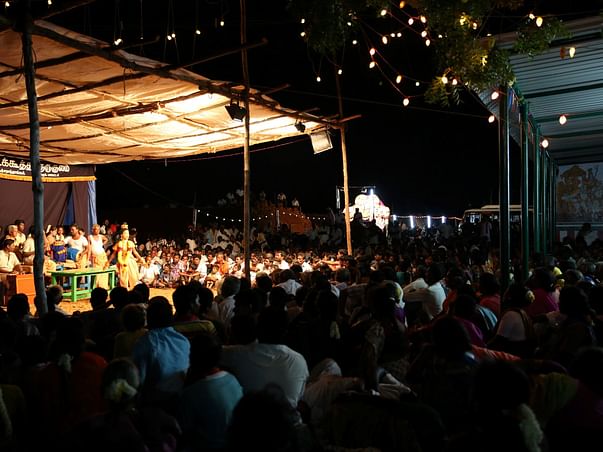 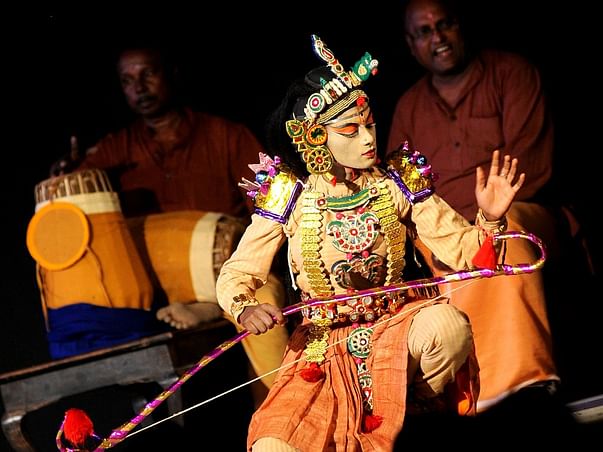 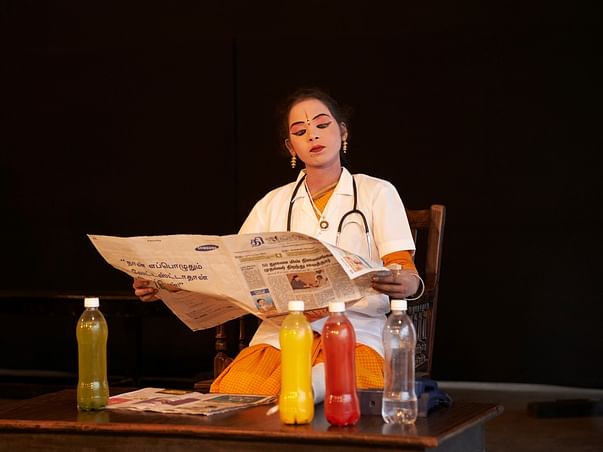 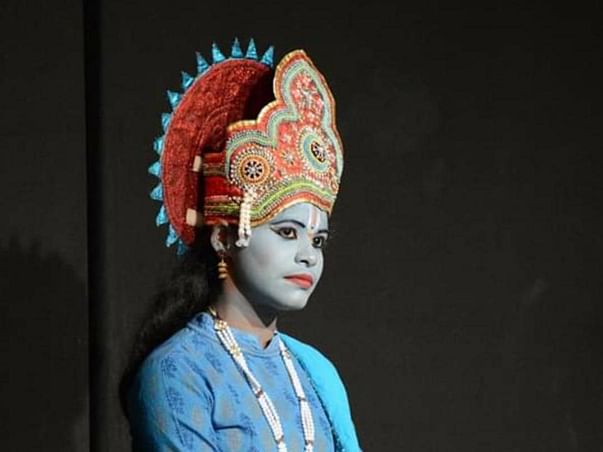 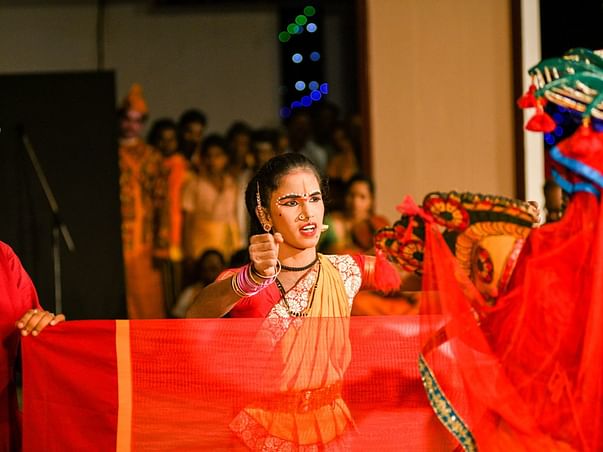 All these 5 women are determined to continue their career in Kattaikkuttu therewith resisting public opinion that considers such a choice "inappropriate" for a rural woman. All five want to be sources of inspiration for other young women like them showing them that being a Kattaikkuttu performer as a woman is possible and a valid and dignified option.

What is Kattaikkuttu?
Kattaikkuttu (கட்டைக்கூத்து) or Therukoothu is a traditional Tamil language-based form of total theatre. With the actors dressed in elaborate costumes and mask-like facial make-up, Kattaikkuttu performances feature prose, songs, music, acting and dance to produce all-night, that is 8 hour-long, performance events for rural, non-elite audiences.

Traditionally, Kattaikkuttu was performed by men only. They played both male and female roles. With the foundation of the Kattaikkuttu Gurukulam (2002-2020) this has changed. Through the advocacy of its artistic leader P. Rajagopal and theatre scholar Hanne M. de Bruin,  artistic training and live Kattaikkuttu performances became accessible to rural girls and young women. Until their appearance on the rural stage, many rural spectators believed that Kattaikkuttu as a theatre form would be physically too demanding for women to perform.

Rural girls’ and women’s participation in professional Kattaikkuttu training and all-night performances has not been easy and has met with opposition, both from the families of the women performers themselves and rural society at large. This society continues to consider theatre an out-of-bounds profession for women. Young women who defy social opinion and do become professional performers are considered public women putting their chances to find a suitable marriage partner at risk, in addition to potentially ruining their family honor.
At this moment in time, marriage is the last barrier that talented, professionally trained rural women performers, like the five woman of the Dream Project, face. In order to transcend this barrier, they need to negotiate their position and desire with their closest family members – father, mother, husband and in-laws –– so as to transcend the stigma on Kattaikkuttu and on women performers and to remain in or retake their training, develop new work and have their voices heard on and off the stage. The dream project aims to facilitate such negotiations, in addition to supporting a rural woman's right to be a professional performer and perform on a par with her male colleagues.

Budget
To pay for the women's salaries, travel, food and child care and the development of new work, we are looking at raising an amount of Rs. 7,50,000 (EUR 8600 or US $ 10200) between now and the end of 2021. The Kattaikkuttu Sangam's support will help the women and their young families to navigate the hardships caused by the Covid-19 pandemic. Because of the pandemic, live Kattaikkuttu performances have not been possible for the last 18 months.

Updates
Updates about the Dream Project will be posted on the dedicated Facebook page of the Kattaikkuttu Women Performers. For further information you can contact us also at info@kattaikkuttu.org.