Make India Say End to Drug use | Milaap
This campaign has stopped and can no longer accept donations. 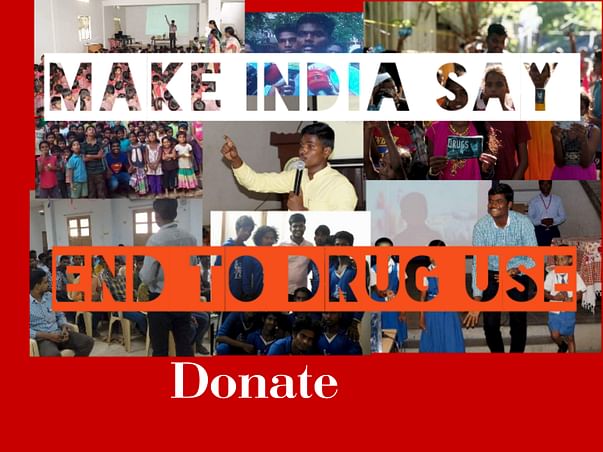 I am Vinoth Mathivanan,  "Drug Free Man of India". I initially had research while studying my 10th std science book in the lesson name Health and Disease. It all started there since then I have been giving awareness on Drug Abuse from 2014.

I and My team have reached nearly 20,000 students at school and colleges throughout the nation. We get some support of booklets and resource from Foundation for Drug Free World, Some Doctor's to give counselling and We take up the volunteering of Container Control Programme of UNODC(United Nations Office on Drugs and Crime). We are now open to all for spreading this widely throughout the nation.
->Our main Aim his to reach the children from Age 11 to the youth of Age 25 and save their lives.
->Our community work involves directly we go to a slum or a village to create street play and play videos in the projector, say the effects of Drug Abuse.

Let us reach the children before the producers reach them.

The drugs which are sold in the market are some like Tobacco, Cigarettes, Gutka , Pawn , LCD, Cocaine , Alcohol, Beer, Crack, Bang etc. The report from the Ministry of Social Justice and Empowerment is just a Awakening call to all. One among Ten women are Drug Abuse in India, In a sample taken by 5,00,000 people in a 29 states and 7 UTs. The Population has crossed around 1.31 billion just check the drug usage then. As per the report, growing rate there will be Drug Abuse person in each family. Let's put our hands to Make India Say End to Drug Use.

By 2030 - WHO report, There will around 10 million dieing due to drug abuse per year.


We are in shortage of funds.
1) We are planning to implement 4 counselors for a zone.
2) We are planning to create Volunteer base throughout the nation to cut short the use.
3) We are planning to bring a APP for cut short illegal drug sale in India.
4)Mobile Van with LED display and a driver permanent counselor in the van for us in each state in future.
5) End to drug use clubs in Schools.
6) Every year 7 days in the calendar like January 12, February 4th, May 31, June 26, October 2, October 15 and November 7 we would gather everyone together and give awareness.
7)We organize events like Painting Competition, Skits and Street play, Debate Competition, Marathons, walking campaign and rally for this we give certificates and prizes.

We would request you to contribute to Make India Say End to Drug use and save the families.
Ask for an update
Donated to this campaign via Paytm or bank transfer? Click here if you have not received an email confirmation from Milaap.
We are have stopped raising funds for this online.
Donate
Report fundraiser
See how thousands are crowdfunding for their causes on Milaap
Content Disclaimer: The information and opinions, expressed in this fundraiser page are those of the campaign organiser or users, and not Milaap.
If such claims are found to be not true, Milaap, in its sole discretion, has the right to stop the fundraiser, and refund donations to respective donors.

Donated to this campaign via Paytm? Click here if you can’t find your donation listed below.
G
Guna donated Rs.100

Donated to this campaign via Paytm? Click here if you can’t find your donation listed below.
G
Guna donated Rs.100

You are sending a message to
Vinoth M
Go back 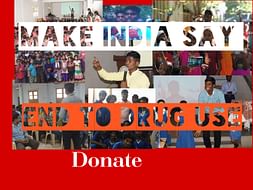