Help Revathi get tribal children out of begging | Milaap

Help Revathi get tribal children out of begging 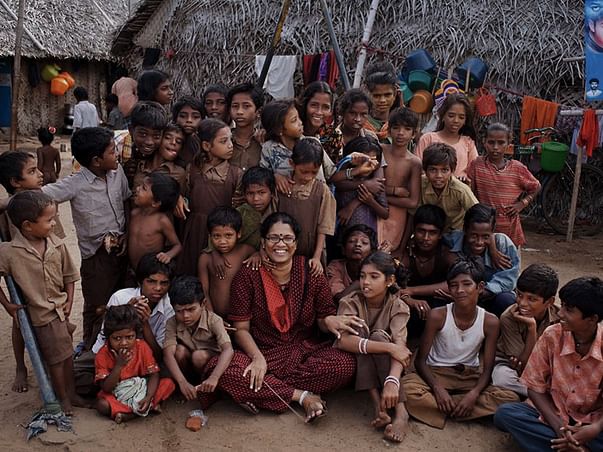 The Vaanavil school was started R Revathi in the year 2005 at Keezhakarayiruppu village in Nagapattinam. Vanavil, an alternative school, was started after the 2004 tsunami in Nagapattinam for children from marginalised communities. The children belong to the Adiyan(Boomboom Maatukaaran) and the Narikuvar tribe.
The journalist R Revathi landed in Nagapattinam as a volunteer and worked ten days after the devastating 2004 Tsunami hit Tamil Nadu. A curious Revathi, followed a child begging on the streets when food was available in surplus. “The child led us to the 43 families of the Boomboom Maatukaara tribe who were being ostracised from receiving any kind of relief measures from the government or volunteers,” says Revathi. This nomadic tribe was not considered to be a part of the fishing community in the district and hence ended up living outside the margins. "That’s when we thought of setting up a bridge school, a temporary one that would enable them to fit into mainstream schools later." The stigma the children faced gave Revathi and her friends a new resolve: to start a school where the children would also be well-fed, since it was the lack of food that made them beg. "On May 14, we hired a house and by June 6, the nameless school began functioning. Me and my friends put our own money into starting the school. Very soon, we realised a bridge school for one year will not do. Such long-term neglect cannot be addressed in a year. So we formed the Vanavil Trust." Vaanavil, in that sense, was started specifically for children coming from this nomadic tribe. Today the school also has children from other tribes like Narikorava and Irula studying in it.
Revathi says, “I had no money and the community was surviving on the money that the children were earning by begging. We were struggling in the beginning as I was new to Nagapattinam and running institutions. Children were our first priority as we built stronger relationships with the community and convinced them that education is the way forward. It was ensured that the school is a happy place and children are involved in the process of decision making. Children knew that they have ownership.” It was, however, a huge decision for the community that always lives on the fringe to accept help, shares Revathi. “A child today can earn Rs 500 from begging, back then it was Rs 300. If you had three children you’d earn Rs 1000 – which was not an easy amount to forego for them. Therefore for the community to agree to support Vaanavil was a huge decision,” she explains.
“When we first began Vaanavil the children were terribly malnourished. So is the case with everyone in such nomadic tribes. The pregnant women do not get nutritious food, they usually make fish curry and rice, and the children are born malnourished. Our biggest goal, therefore, was to make sure the children are well-fed,” she says. “We have been able to bring down malnourishment among children significantly and that has been our biggest success,” smiles Revathi. Revathi cooked and taught the children for the first four months after she started the school. “Later a woman from the community itself joined to help with the cooking. Our first teacher joined after six months of starting Vaanavil.”
The school that was started with just a handful of kids today has 180 students. While Vaanavil has 90 students studying from Class 1 to 5, the rest are sent to a government school in nearby Puducherry for higher education. The students are housed in Vaanavil itself and commute to their school or college.
Diwali is a major celebration for all the children at Vanavil. Even the children passed out of the school and studying in other cities try and come to Vanavil to spend Diwali together with everyone. It is also the only time when the Vanavil get a new dress picked according to their choice and which is not a second-hand dress. They are looking forward to spend their Diwali of 2019 together.
On generating funds and working with the government, she shares, “Our friends and team members took on the task of fundraising; we collected money from friends as they supported us. Even today, the trust runs primarily on individual donations and it is a perennial challenge we constantly work on. Another challenge arises in getting families their due relief, rehab, and certificates from the government. We have worked hard, walked miles and miles in official corridors and secured the community certificates for some children. A challenge that continues to exist even today.”
Support the children of Vanavil so that they can look forward to a better future.

UPI: rzpy.givetomlpvanavilt001@hdfcbank (Copy to clipboard)
Or
Click here to read the instructions before you make a bank transfer. 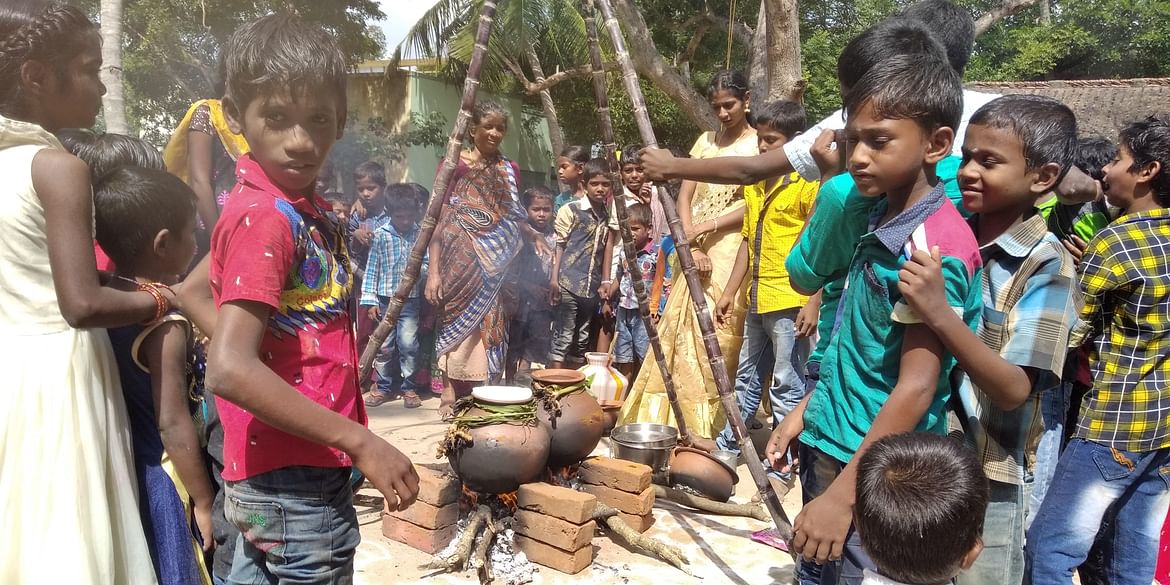 Kids and Team at Vanavil thanks you for your generosity, Kids are healthy, happy and learning with your support.

Few pics of the kids learning and celebrating in the past couple of months.

January project day is to learn about agriculture. Kids went to our farm and learnt about irrigation systems, cow breeds and farming techniques and displayed their learning through charts and models.

Report fundraiser
See how thousands are crowdfunding for their causes on Milaap
Rs.134,390 raised

Donated to this campaign via Paytm? Click here if you can’t find your donation listed below.
A
Anonymous donated Rs.40

God Bless you and keep up the great work...

Donated to this campaign via Paytm? Click here if you can’t find your donation listed below.
A
Anonymous donated Rs.40

God Bless you and keep up the great work...

You are sending a message to
Vanavil Trust
Go back 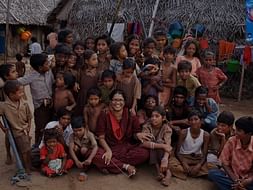 Help Revathi get tribal children out of begging