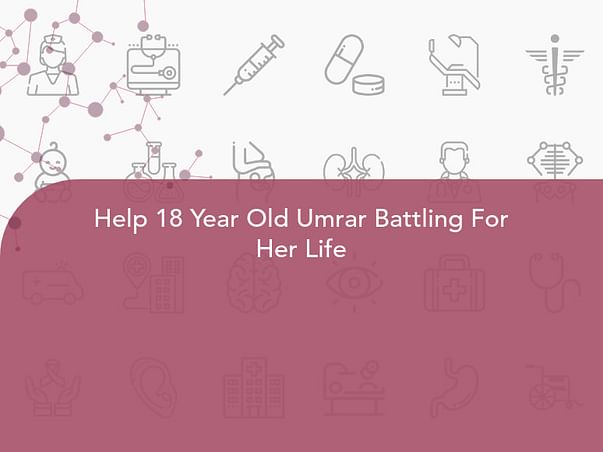 23%
Raised
Rs.1,12,702
of Rs.5,00,000
56 supporters
My neice Umrar Banu aged 18yrs, is currently admitted in Shifa Hospital. She is admitted in the ICU. She was initially admitted in Baptist Hospital. Her lungs were filled with fluids and one of the doctors said she has something called septic shock. Our entire family is uneducated and the child's father sells guava on a cycle. We had to shift from Baptist Hospital as we did not have enough money for treatment. Even though we shifted her to a different hospital. The piling bills of the pharmacy and tests are completely breaking us. The entire family is in major trauma and crisis. The family has also lost a younger daughter 2 years ago please share this as much as possible and help us in anyway possible.