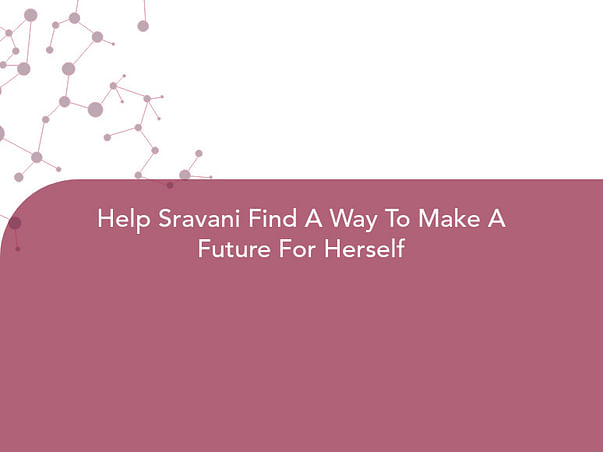 Share
I will be sharing this fundraiser with friends and family only. Please be patient with my story.

My name is Lakshmi Sravani. I'm a 23-year-old woman and a rape and suicide survivor. I was pursuing my MBBS at Rajarajeswari Medical College in Bangalore which had to stop after my family's business took a hit after the pandemic hit.

I then pursued Bachelor's in Political Science in distance from IGNOU, which I'm about to finish my first year in. I was previously already suffering from depression and chronic anxiety after being forced to have no option but to leave my Medical degree.

I was brought up in Hyderabad. Which was always home. On May 1st, 2021 I was sexually abused by a stranger in Hyderabad after I had fainted close to the curfew time and was left on the road the next morning. I had immediately tried approaching the authorities with my then available resources, as the person I was then in a relationship with for 3 years had ghosted me and was not available for help. Everywhere I went, I was let down. Until I was fortunate enough to use influence. Because it's hard enough to get things done as a woman without privilege.

The said person I was in an emotionally abusive relationship with - had constantly rejected my plea to provide help, even when I resorted to begging for help as not only as his partner but also as a women in dire need of support. I was put through constant highs and lows of being offered support and retracting it the moments things got ugly.

On the 10th of May, my ex-partner's mother was funnily worried about her son's mental health as I was in an emotionally vulnerable place and had pushed me to the brink to end my life. Which I attempted and am still suffering the consequences for. I was experiencing hematemesis and had rejected medical help as I was mentally vulnerable and wasn't in a space to think rationally. I was stubborn until I have in and had contacted my friends and my ex partner, who on my mother's request had previously offered to take me to the hospital as I was alone in Hyderabad. I had a video called him while I was losing a lot of blood. Which he responded by switching his phone off and had not switched his numbers even to the present date but continues to hide in his aunt's house and carry on with work as an Associate Analyst in Deloitte. I have never received an apology from the said person's mother for what she'd done had done either. later gone into acute kidney failure and am receiving treatment for it.

I have financially exhausted all my resources to support myself to pay for my legal fees and medical and travel expenses as my family too had cut me off in lieu of being a disgrace. I was lucky enough to have friends who tried to support me through this process in every way possible. But my path ahead feels uncertain and hopeless.

I'm hosting this fundraiser to continue paying for my legal, medical, and psychiatric expenses and to put together a business to be independent and solely depend on myself to survive. I intend to start my own skincare line which I had always dreamt of which would vegan, eco-friendly, sustainable, gender-neutral and age inclusive. I believe in myself and urge my friends and family who believe in my truth and zeal to make it through this to do your bit to support me and help me through. I will be contributing most of my profits that I would not need to sustain to NGOs that support rape and sexual abuse survivors. I hope this contribution goes a long way to help a community that is deeply personal to me.

I will always remember your help. Thank you.