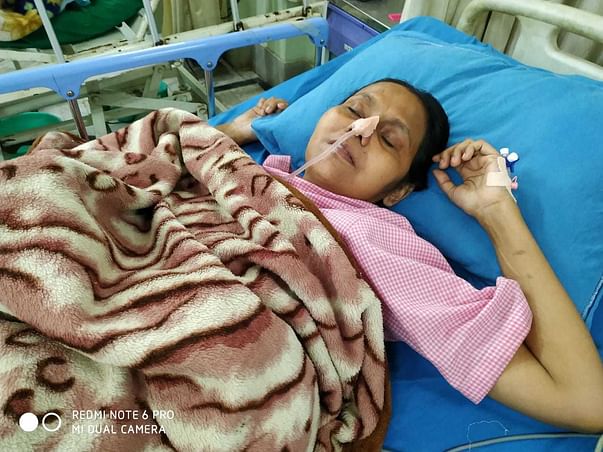 Share
She was having Brain tumour surgery in June 2015 at NIMHANS Bangalore ..Post that she was leading a normal life. Suddenly, in October this year, she complained about a breathing problem and giddiness and we Consulted local doctor. Later in November, she went to NIMHANS again and as per MRI report, they suggested to have another brain tumour surgery as the same has relapsed back again.
But meanwhile, after returning back from Bangalore she was admitted 4 times in Hospital and Nursing Home in the last one month as she is having severe breathing problem and she was in life support also for some days. In this one month all the medical limit exhausted and also families savings are wiped out.
Now, she is admitted in NIMHANS for the much-required brain tumour surgery with a very critical condition. And with a little fund in hand, her family is very much worried about what to do now. Kindly help Srabanti and her family to bring her back in normal life.