Help Ernie and Tyra Fly Overseas | Milaap
This is a supporting campaign. Contributions made to this campaign will go towards the main campaign. 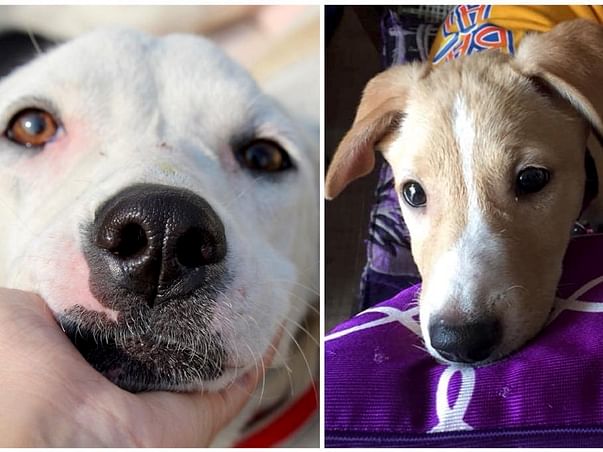 Some people never leave an opportunity to show how humans fail animals.
Stories like Ernie’s shows the darkside of humanity. They also show how forgiving animals are.
Ernie was thrown out of a car and was wandering on busy roads trying to save herself from speeding cars and hide herself from territorial dogs.
She was reported to me two days later.
Two days.
Can you imagine what Forty Eight hours can do?

A dog that has never known roads,was all of sudden left alone to face this fucked up world.
A dog who was ill.
A dog who was suffering from skin infection.
I wonder if such people even realise how they would feel if betrayed like this.
When we went to rescue her, she instantly hopped onto our scooty.
I felt tired and done.
That face made me feel full of rage and that same face melted me to the floor.
How much hurt can one take?
She looked at me like someone she had been missing.
We immediately visited the vet and thankfully everything was normal except the mild skin infection she was having. She was prescribed antibiotics and anti allergic medicines.
It took two months for her infection to heal.
Recently we got her vaccinated and sterlised. And she is ready now to go to her forever family.

How Ernie was found.

When I dropped her at boarding.

Tyra had a rough beginning.
She was little when she lost her mother and someone relocated her to a different territory.
She was found by her foster parents traumatised and getting bullied by a some boisterous kids. They rescued her.
Searched for her family. But failed.
They brought her home and started fostering her till she finds a home.
Its been over 3 months now.
And no one showed interest to adopt her here in India.
Please help her reach there.

UPI: rzpy.givetomlpsoonamve002@hdfcbank (Copy to clipboard)
Or
Click here to read the instructions before you make a bank transfer. 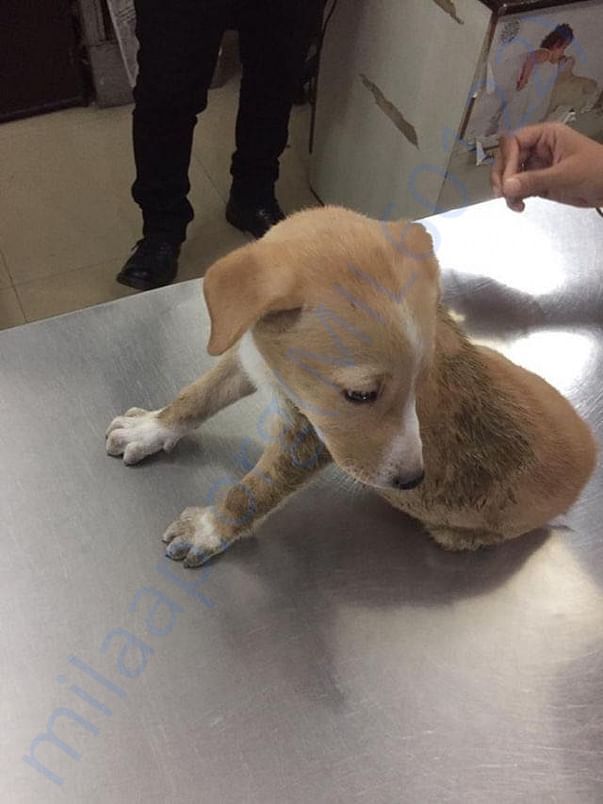 UPI: rzpy.givetomlpsoonamve002@hdfcbank (Copy to clipboard)
Or
Click here to read the instructions before you make a bank transfer.

Ask for an update
Donated to this campaign via Paytm or bank transfer? Click here if you have not received an email confirmation from Milaap.
Dear Supporters

Here is a quick update: Tyra has reached Vancouver.

Thank you everyone who donated.
Here is a picture of Tyra:

Tyra's travel got funded. We only need funds for Ernie now. Hence, reducing the goal amount. Ernie is struggling and couldn't make it to February trip due to lack of funds.
I urge all of you to please share this fundraiser with your friends and family. Please bring some help to Ernie too.
Let us end her wait as well.

Thank you for all the support

Regards
Sonam Verma
Hi everyone,
Tyra got microchipped and physically examined and is now all set to travel in 21st Feb while Ernie is still struggling. Please donate, share and spread the word for her. Will keep you all posted.

Thank you for making it possible for Tyra.

You are sending a message to
Sonam Verma
Go back 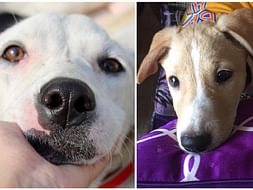