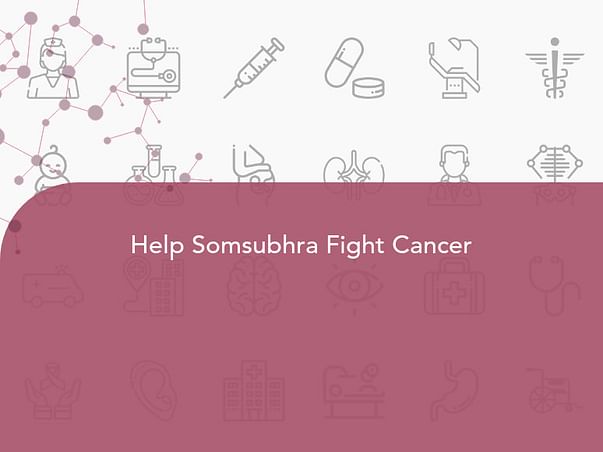 Share
Last year in November 2018 Somsubhra was diagnosed with colon cancer in Hyderabad at Asian institute of gastroenterology. First chemo( axaliplatin + capcitabin) done on 6th December 2018. The next 6 cycles of chemo ( axaliplatin+ bibhasijumab + capcitabin) was done at The Netaji Subhas Cancer Hospital. Trail medicine was prescribed but we took him to The Mumbai TATA hospital. There he was suffering from stomach ache, vomiting and loss of appetite. He was admitted to the hospital and undergone a operation. After this they started a Chemo Protocol( 2 cycles capcitabin for 14days , next 2 cycle bibhasijumab+ capcitabin). The hospital authorities then requested to transfer him to Narayana Hospital. After a successful operation, up until a month the patient was in good health, weight gained. After starting chemo again, the patient started suffering from pain on the shoulder and back area. After 2 cycles of chemo the pain on the shoulder became severe and we took the patient to TATA medical center mumbai. After starting chemo protocol the authorities again transfered the patient to Narayana Hospital. 12th august he was admitted and on 13th august he undergone a chemo. But the pain became more and more severe. Stoma output was marginally stopped. Riles tube output was normal. Intake of food from mouth was fully stopped. The last 5 days output was 500,300,200,500,500 ml respectively. He was discharged from hospital and taken to house rest and medication as prescribed by the doctor on 28th August.
The hospital bills in Narayana and Tata medical are around 42lakhs which we are unable to cover by ourselves. Apart from that huge amount there are daily medicinal expenses which are around 6000 per day. To fight this critical stages we need extended hands of your kindness.
Thanks in advance.