Aditi's online fundraiser for Children | Milaap
Milaap will not charge any fee on your donation to this campaign. 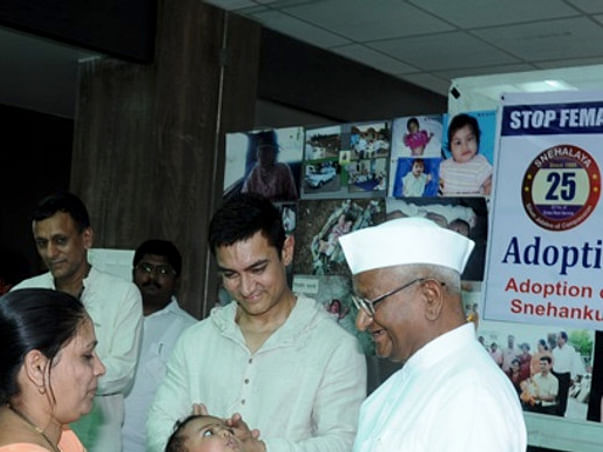 “Shyam got a new life with the help of Snehankur Team”

Shyam is a 2 years old child. He was brought to Snehankur adoption centre on 15th April 2015. His mother relinquished him because his physical condition was not goo and She was unable to take care of him. He was severely dehydrated & malnourished when he was brought to Snehankur. His right hand was fractured with multiple abrasions & lacerations. Also, he had with multiple ulcers in his mouth.

After being admitted in Snehankur, Snehankur team has rigorously taken care and provided him medical treatment. The orthopaedic surgeon treated his fractures and further treatment was provided under supervision of Paediatrician Dr. Jaideep Deshmukh.

Snehankur team took constant care of him. His digestion system has improved and now he can have a full solid & liquid diet. His fractures, lacerations, mouth ulcers have healed well. He has normal emotional reflexes. He can now walk, and tries to say some words. He has developed a good emotional bond with caretakers & volunteers of Snehankur.

He has been legally freed for adoption. He will shortly be adopted in a very nice family and start a new life with caring parents. Snehankur team has given a new life to this baby.

Santana was brought to Snehankur with 80% burns. Her entire family passed away in an LPG blast leaving Santana, a 6 year old with 80% burns but, alive. When she came to Snehankur her left arm was attached to her chest with several burns on her face. She was treated at Snehankur with 2 surgeries, one on her left arm and one finger. Today, she can independently do things by herself. Snehankur as an organisation has gone out of its way to shelter her

Why are we raising funds?

We want to help Snehalaya raise funds for the medical and daily needs of Shyam and many other babies like him. Snehankur is a child adoption project under the organisation of Snehalaya. They get children from various circumstances, most of them are in very critical condition and mostly premature. Snehankur gives them proper medical care and then the babies are given off for adoption to families.

Most of them are premature babies who need to be hospitalised until they become strong and healthy. The babies also need injections to make them immune and these medicines cost about 30,000 each month along with hospitalization expenses.

The daily expenses of these children include baby food. Each bottle of Nestogen comes for about Rs. 170. There are about 30 babies in Snehankur on average consuming 8-10 bottles per day. This makes for around 248 - 300 bottles a month, the cost of baby food itself is about 51,000 for a month.

This organisation receives about 7-8 new babies a month and nurtures them to health. At the same time 5-6 children are adopted each month.

These funds will help Snehankur continue to provide the medical and facilities to the new babies that come in every month.
We are raising Rs. 200,000 through this campaign which will help cover expense of baby food and medicines.

You are sending a message to
Aditi
Go back 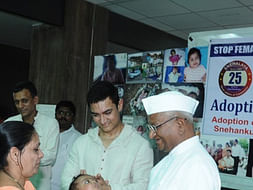