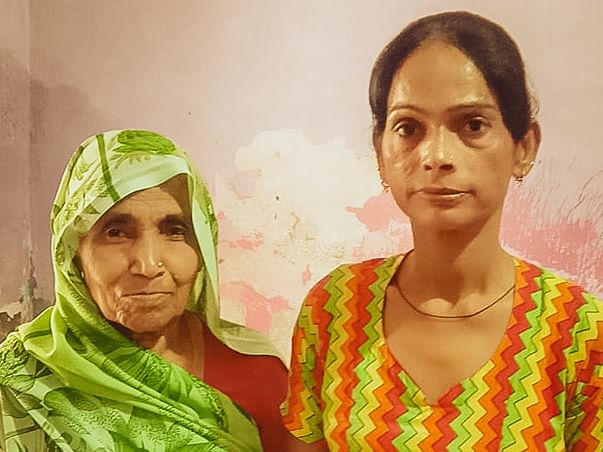 There is a group of women entrepreneurs living in slums near Uttam Nagar. The project aims to help them grow their business. They are a family of seven people and almost all women are unemployed. The financial condition from the past 15- 17 years is not good. The family works hard to pay the rent where they live but fails miserably. They always take loans but is always in debt because of lack of finances.
The family starts with a mother who is in her old age. As we all know, in old age everyone should have proper rest, food and sleep. She has several diseases but then also she works to support her family for their well-being and better future. The mother still iron clothes to earn her livelihood but that business is not sufficient for a family of seven people. The mother used to iron clothes for the past fifteen years but there has been no growth till now.
The mother has three daughters. Eldest daughter got married and has two children. After some time, she died but the father didn’t want to take responsibility for the children so he gave the children to his mother- in law. The mother-in-law's financial condition is not good and now she has the responsibility of her grandchildren. There is a great question “How will the family survive?”
Both the children are uneducated because of a lack of resources. Recently one of the children’s education is sponsored by a person but the other one is not as lucky.
The second daughter of the mother also had two children but her husband died. Therefore, the whole responsibility is on the shoulder of the young widow. One of her children is a son who is a salesman but he alone cannot support the whole family since the earning of the salesman is very low. The youngest child is a daughter who is unmarried and unemployed but knows sewing work.