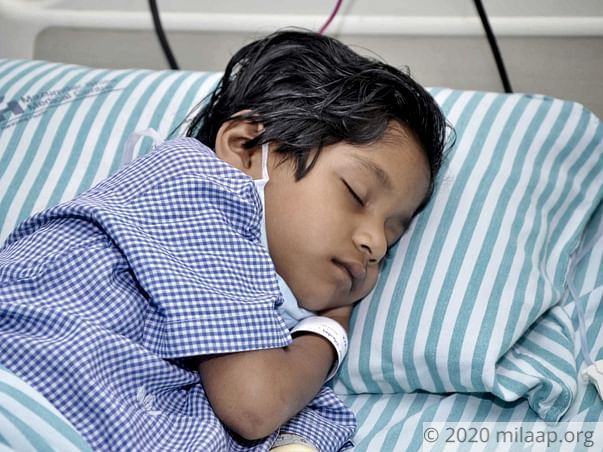 “We can’t help you, but we pray that your daughter recovers soon,” it’s only one the many replies that Kallappa gets when he calls relatives and acquaintances for help. All these calls have one thing in common – Shubhra’s (5) pain-filled voice in the background, begging her appa to take her back home to her younger brother. Shubhra was diagnosed with cancer ten days ago. She doesn’t want to stay in the cancer ward for even a minute longer. The needles, blood tests - she feels stuck in these four walls.

“We will talk to the doctor and go home, okay?” Kallappa tells his wailing daughter. But her fight with cancer has only just begun.

Shubhra and her younger brother Ruthvik (3) are inseparable. They even insist on sharing the same plate during meals. Ruthvik always follows Shubhra, and she hasn’t gone a day without playing with him. Now in the hospital ward, all she thinks about is her younger brother.

“This is the longest they’ve been apart. Ever since she was diagnosed on 4th February, she’s been in the hospital. She loves him so much, and she doesn’t understand why she must stay away from him. She asks if he can come see her, but she can’t have many visitors because of the infections.” - Kallappa, father

Shubhra was diagnosed with blood cancer a day after her school’s annual day. Kallappa and Geetha came back home happy and proud after her lovely dance performance, but the next day she got a fever. Blood tests revealed her deadly disease and the monumental battle ahead of her. She needs chemotherapy to fight it.

They’re still trying to recover from her shocking diagnosis

“I don’t think it ever gets easier, I don’t think we can ever wrap our heads around this. I keep thinking about why children have to go through this. The doctors told us that just getting her treated isn’t enough, we have to support her emotionally as well.”

Kallappa and Geetha are still trying to come to terms with their little girl’s diagnosis. Kallapa works as a technical associate for a private company and earns enough to support his family of 4. He is the sole breadwinner of the family, but the unexpected medical expenses are a huge burden on him. Even then, he’s trying to do everything possible – calling friends and relatives, using his savings and now crowdfunding is his only hope.

Before her cancer diagnosis, Shubhra was a happy child. She’s talkative, playful and gets along with anyone she meets. Shubhra’s happy, innocent childhood has now been stolen by blood cancer. The only way she can reclaim her childhood is by getting chemotherapy. With timely treatment, Shubhra can fight cancer and go back to her younger brother.

UPI: rzpy.givetomlpshubra00001@hdfcbank (Copy to clipboard)
Or
Click here to read the instructions before you make a bank transfer. 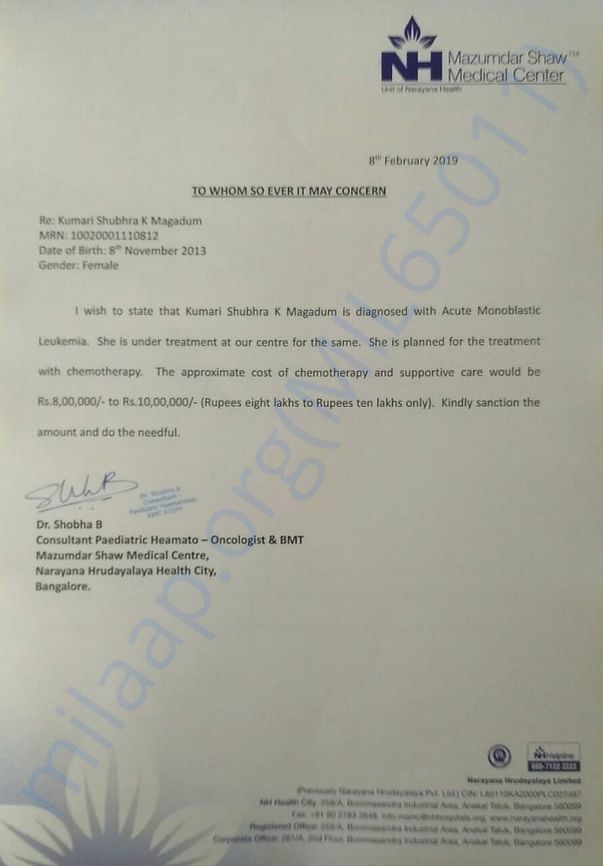 UPI: rzpy.givetomlpshubra00001@hdfcbank (Copy to clipboard)
Or
Click here to read the instructions before you make a bank transfer.

Shubhra is doing fine. She has completed three cycles of chemotherapy and one more cycle is remaining. The doctors will plan for the BMT after chemotherapy.

Thank you. Please keep supporting her.

Thank you for your love an support.

Report fundraiser
See how thousands are crowdfunding for their causes on Milaap
Rs.59,017 raised

Donated to this campaign via Paytm? Click here if you can’t find your donation listed below.
KM
Karthikeyan donated Rs.2,500

Donated to this campaign via Paytm? Click here if you can’t find your donation listed below.
KM
Karthikeyan donated Rs.2,500 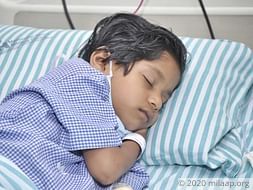