Perceptions - The Movie | Milaap
This campaign has stopped and can no longer accept donations.
Milaap will not charge any fee on your donation to this campaign. 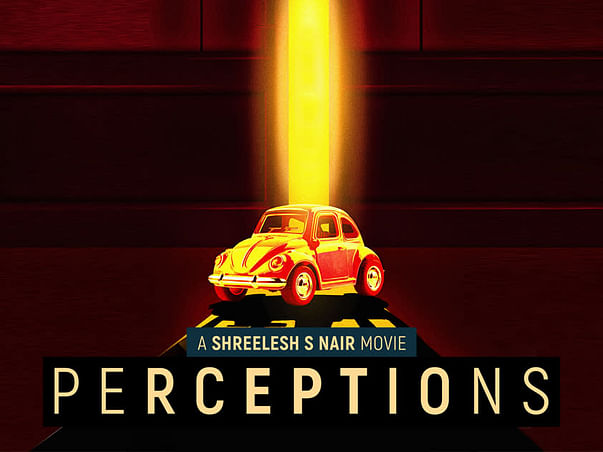 Help Shreelesh to shoot his second feature film Perceptions.
PERCEPTIONS is an Indian English Indie feature based on the GREEK PHILOSOPHIES, Hedonism and Stoicism, revolving around a person’s unanswered questions about a mysterious recurrent dream.
SYNOPSIS:

A young boy Ravi dreams about a person who steals his most loved toy car away from him to an unknown place. When he wakes up, he finds that his car, in reality, is lost. After Ravi grows up, he decides to put an end to this mystery by choosing to go in search of the lost car and its thief, putting himself in unexpected circumstances.

This film is intended to be made by complete love for the craft with some mind-bending experimentation, giving the audience an exhilarating sensation on viewing, unlike any conventional movies in the market.

S Parajanova Movies is a production house based in Bangalore dedicated to making independent films by encouraging talented artists and technicians to unleash their creative potential without any restrictions. We wish to make movies that grab attention, shock audience, make them think and wonder, and take home with them a new perspective of the way they look at cinema.

Ajay Raj is a multilingual actor from Karnataka known for his versatile performances in movies such as Shuddhi and Uttama Villain.

Santhosh Radhakrishnan is a passionate editor and VFX professional who has worked on notable projects ranging from movies to short films to TV series.

MIDUN MURALI is an independent filmmaker from Kerala directed movies like “Grahanam” and “ Humania.”

Shreelesh is an independent filmmaker from Kerala working out of Bangalore. He has previously done a Kodava feature "Paarane" which has seen several international screenings and won critical acclaim.

The subject matter of the film is such that it is written keeping independent cinema and its audiences in mind. It is a challenge for independent cinema to fight it out on the commercial arena, and the returns may not be as high as a commercial venture. What we can guarantee is a practical craft for which we seek the audience to understand the need for such a subject. People are hungry for good crafts. So we are hoping, people themselves become a part of making those good crafts happen.

1. Cinema is a collaborative art, and we want you to be this journey right from the beginning.

2. "Perceptions" is your opportunity to be a part of the Independent Cinema Movement.

3. Because we care about your taste of cinema.

Pledge Rs. 1,000
Believe
All of the above rewards.

Get a one-time watch, password-protected streaming link to the film one day before the film’s official release.

We'll send you a signed, high-resolution digital poster of the movie to your mail.

Get an A3 poster of the movie signed by the Directors with a lovely handwritten letter from the crew straight to your house.

We’ll also send handwritten Thank You postcards from Crew of PERCEPTIONS team in both English and Kannada language.

Get two tickets to the exclusive film screening that we will hold just for our funders. If you can’t make it there, get on a Skype call with us to talk about anything you wish!

We’ll send you a special hamper.

Get your hands on some kick-ass merchandise - including a t-shirt, a mug and a tote bag with the official ‘PERCEPTIONS’ film artwork.

Get a particular BTS footage video thanking you and taking you through the day’s shoot.

Get featured in the end credits of our film & on the official Perceptions website!

Get a signed clapperboard to keep as a memento from us.

Get a DVD of the film for keepsakes!

Get a chance to attend a film-making masterclass session with the Director!

Get featured on our IMDB page. The world will know who you are!

Get invited to meet the cast and crew on sets for a day! Alternatively, Get to be a part of our post-production for a day! (Note: Travel and accommodation costs to be borne by backer)

Get invited to a crowdfunded’ special party just for all our supporters. Bring a date or hang out with the crew.

Get featured as “Crowdfunding sponsor” in the opening credits and all our official online/offline promotions.

Get your logo/brand name + tagline featured in the film.

Get featured as “Associate Producer” in the opening credits and all our official online/offline promotions.

Get invited to share a meal with the key team after the tour. *Travel and Accommodation not included*

We will organize a special screening for you and your loved ones at the venue of your choice. After the screening, you can have a tête-à-tête with the Director. If not in person, we can arrange a Skype call for you.

You can help us with your creative inputs to shape the film.

Your name/logo will be given the credit of Co-Producer in the opening credits and all our official promotions.

You’ll get to have a meeting with the Producers, to discuss a creative project you're working on or business ideas that you have.

You'll be invited to join us at the film festivals that the movie will be selected for.

Get rights to screen the film at a venue of your choice once!

We propose to address the movie to a broader audience, beginning with sub-titling and also dubbing for India and even an international audience. Overseas sales and digital media release are of the highest priority in our plans.

You may contact us by email or phone with your queries; we assure you prompt attention and clarification. We will regularly update on our progress and disappointments (we hope the later is less).

If you want to volunteer by funding or lending equipment, labor, and support, please feel free to get in touch with us by writing to us at sparajanovamovies@gmail.com 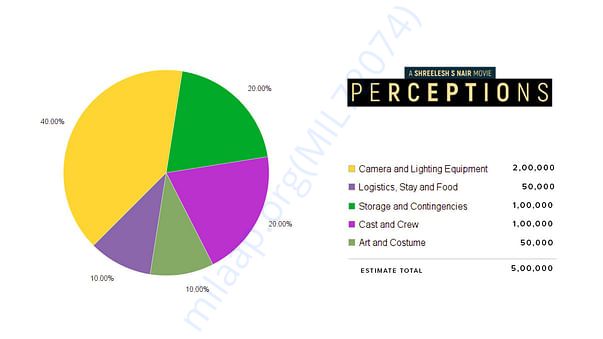 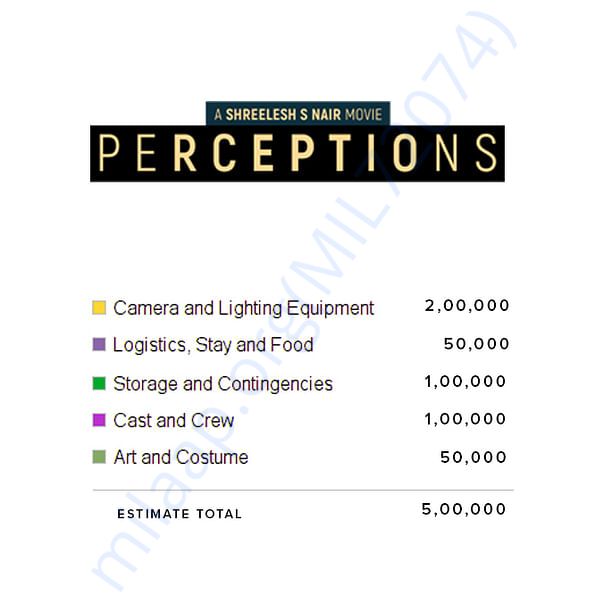 We are very happy to be get supported by the donors and Milaap.

Thank you for the support. We planned for 2 days "test shoot" just to finalize the look and tone of the film.

It may help us build and reach more audience with one more detailed video. The funds raised will be used for rental of the camera, lights along with the crew's travel expenses.

Scan & donate with any app
check_circle_outline Download payment receipt
Report fundraiser
See how thousands are crowdfunding for their causes on Milaap
Rs.10,011 raised

9 Supporters expand_more
This campaign has stopped and can no longer accept donations.
$150 Million +
Raised on Milaap
Are you in need of financial support for medical or personal emergencies, or a social cause?
Start a fundraiser
Campaign organizer contact_mail

All the best Shreelesh! I hope you get the success that you deserve through this project.

All the best Shreelesh! I hope you get the success that you deserve through this project.

You are sending a message to
Shreelesh S Nair
Go back 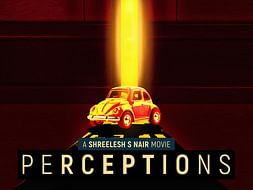