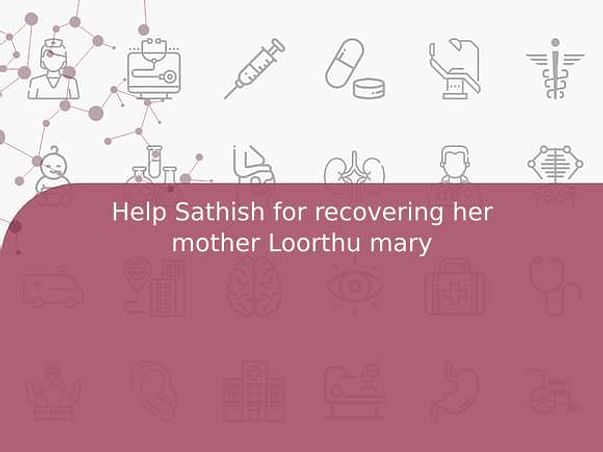 Share
Patient name is Mrs. S. Lurth Mary Amma, who is 64 years of age, who was identified with multiple enlarged lymph nodes in bilateral inguinal region.  A diagnosis of cancer (metastatic carcinoma) in the right inguinal region was confirmed after an FNAC biopsy.  She has been further referred for tissue biopsy and two right iliac nodes measuring more than 4 mm each was operated and removed for further tissue culture.  Further treatment consisting of medications/radiation/chemotherapy will be suggested post tissue report which is expected to receive on Saturday (26.9.20).  Treatment cost until now has exceeded more than Rs. 82,000, and is awaiting more medical expenses for further treatment.