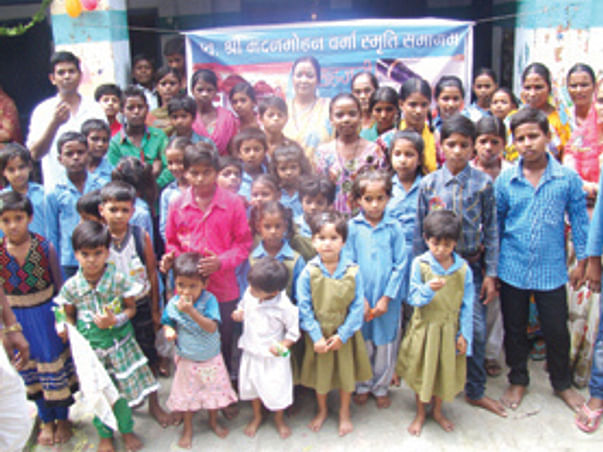 An important factor is that women and girls generally do not maintain cleanliness during their menstruation periods. This is due to the lack of awareness among them and also due to the economic inability for adopting better precautions like the use of sanitary napkins instead of  rags, cloth or dried leaves. As a result they easily become the host of many infectious diseases.
Different varieties of sanitary napkins are available in the market, but are not affordable for many women and girls. Thus, if the use of hygienic sanitary napkins could be initiated among such women and girls at low cost & also by creating awareness by the means of campaigns on self cleanliness & sanitation, the growth of different diseases could be curtailed or minimized to a large extent.
SSKS desires to work on arresting the growth of such Infectious Diseases caused during menstruation among women and girls. Working on the agenda about creating awareness on basic hygienic and sanitation, the areas of work have been chosen keeping in view the unhygienic living environment and poor living standards due to financial constraints.
To initiate, we will organize awareness campaigns to educate the precautionary and preventive measures and sensitize women & girls for rescuing them from Infectious Diseases and the use of sanitary napkins with other safety measures in presence of a specialized doctor/ certified nurse/ health inspector & distribution of free sanitary napkins in the targeted areas.
A pack of 15 / 20 piece sanitary napkins to each attendee will be distributed among the women and girls, lasting for 2 months on an average. By using the hygienic sanitary napkins for consecutive two months, women and girls in the targeted areas would be able to themselves perceive and identify the benefits of using hygienic sanitary pads as compared to using unhygienic methods like rags or cloth. The things explained in the awareness sessions would also come handy and advantageous for the same.
SSKS has undertaken many such programs without any discrimination of religion, sex or color in locations where people do not have or have very limited access to facilities and opportunities. Our key targets have been areas where people are forced to survive on charity and alms due to natural or non natural causes