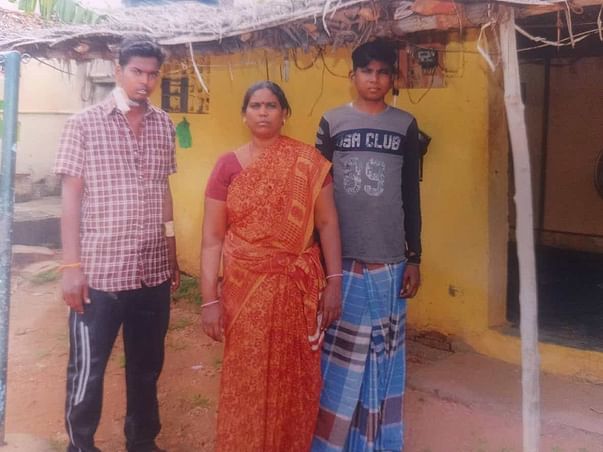 What if you are the unluckiest person in the world and Life is so cruel to you?

That's the life of Gomala who works as a school caretaker earning just enough to meet her day to day needs.
At first, Her second son Supaash who is now deceased had his both Kidneys failed at a very young age in his early 20s.
His treatments didn’t work out and passed away on 25/05/2021.
Gomala’s first son and Supaash’s elder brother Revanth is also suffering from the  same disease and his both kidney’s failed.
He is taking dialysis two days once and is advised to do an immediate kidney transplant.
The transplant costs them an hefty amount between 12 to 15 Lakhs. While some amount gets covered under a government scheme, still they are in need of huge amount of money.

They are from a very poor background, Mother is the only earner that too in wages, doing jobs just to meet their daily needs.
It's already getting difficult for them to pay the costs for Dialysis, Medicines, Biopsy, tests, scans etc.
Their only support is the government provided scheme but the amount is limited and with Kidney transplant surgery in sight it's going to be a very hard life here afterwards.
I am their neighbour and friend, known them for years, trying to help & raise the necessary amount and provide as much as possible.