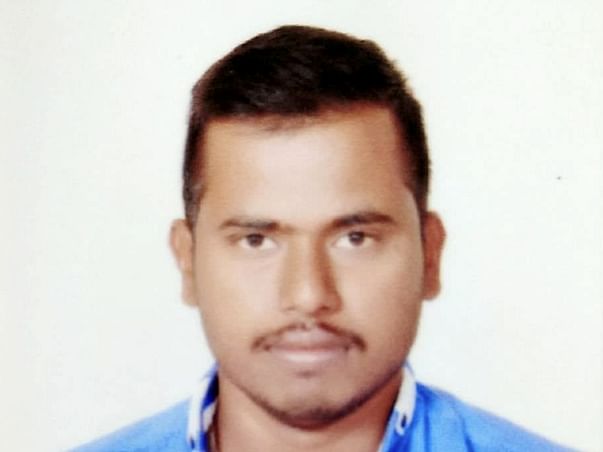 Ravi, aged 28, son of Hulisiddaiah works as a driver at a small workshop called Raghavendra Engineering Works, which manufactures grills and other steel works. He hails from a small village on Kanakapura Road.
He used to get a salary of Rs.12 thousand per month. His father is a daily wage labourer and earns hardly anything.
It was the day of Ayudha Pooja. Ravi finished his work and set out to reach his village. He had borrowed a two wheeler from his owner, it was about 10 kms after he had left Raghavendra Engineering Works, his two wheeler was hit by an oncoming car. The accident left both his legs shatterted and also his right hand was badly fractured. He also had a head injury.He was in danger of loosing his life.
He was lucky enough to get an ambulance. The ambulance rushed him to two other hospitals but was denied admission due to lack of facility. He was redirected to Vasavi Hospital where he was treated.
He was in danger of loosing his life .He had open fractures of his right leg in addition to fractures in the left knee and right forearm. And also he was bleeding as the blood vessel in his leg was cut.
The team of doctors managed to save his life. He was treated for his fractures and also his head injury. He was on ventilator for two days before he could make it back with help if multiple blood transfusions.

Though ravi is now alive, he is not in a position to walk . His life is safe but he can’t walk . He is still in need of multiple reconstructive procedures, which include orthopedic surgeries and plastic surgery to cover the open wound.
The cost of these procedures is Rs. 3 Lakhs.
Ravi needs your help not only to stand on his feet back again but also to feed his family and his parents.
He will be in a position to get back to his job and earn his livelihood only if he can walk again.
Please donate to help Ravi walk again. 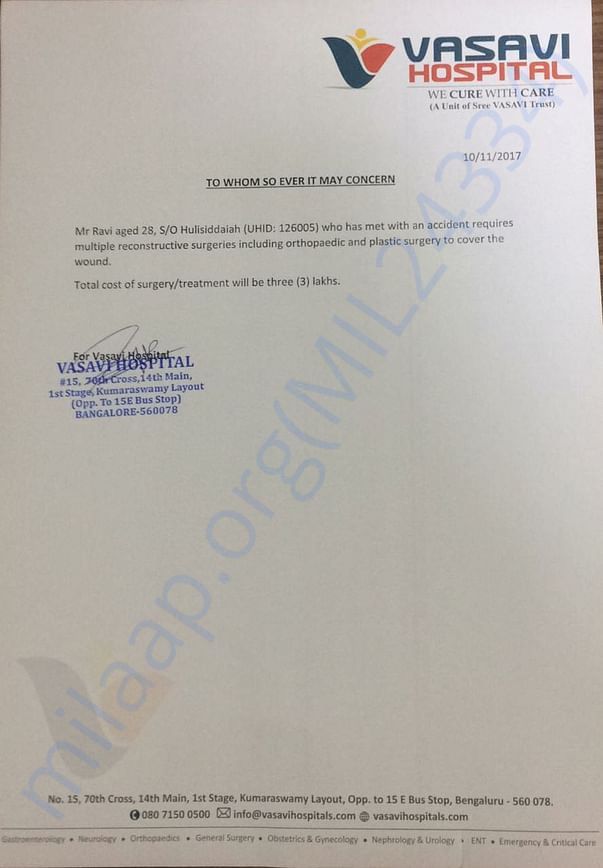 PV
You are sending a message to
Purushotham V
Go back 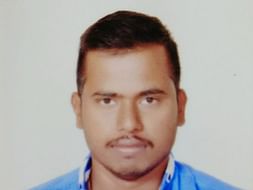