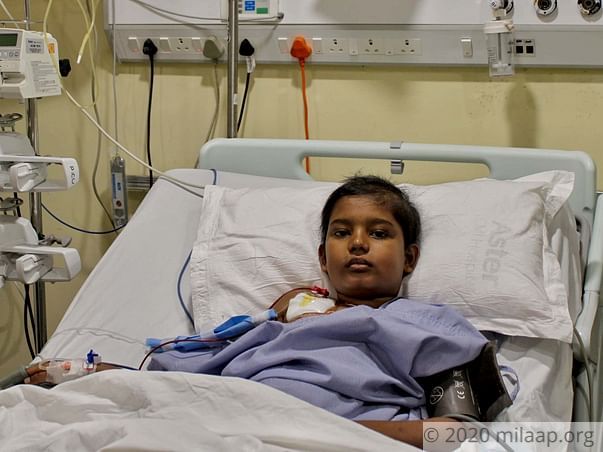 “Aunty, where is Ranjit?” the 11-year-old’s friend asked looking around the house. Shobha was shocked. Ranjit was sitting right beside him. His friend, however, couldn’t recognize him because of how much cancer had changed him. Ranjit’s hair is almost all gone, he has become weak, his face is swollen, eyes sunk in and he can barely open his mouth to talk. But up until then, Ranjit was not scared of the “blood infection” he has.

UPI: rzpy.givetomlpranjith0003@hdfcbank (Copy to clipboard)
Or
Click here to read the instructions before you make a bank transfer. 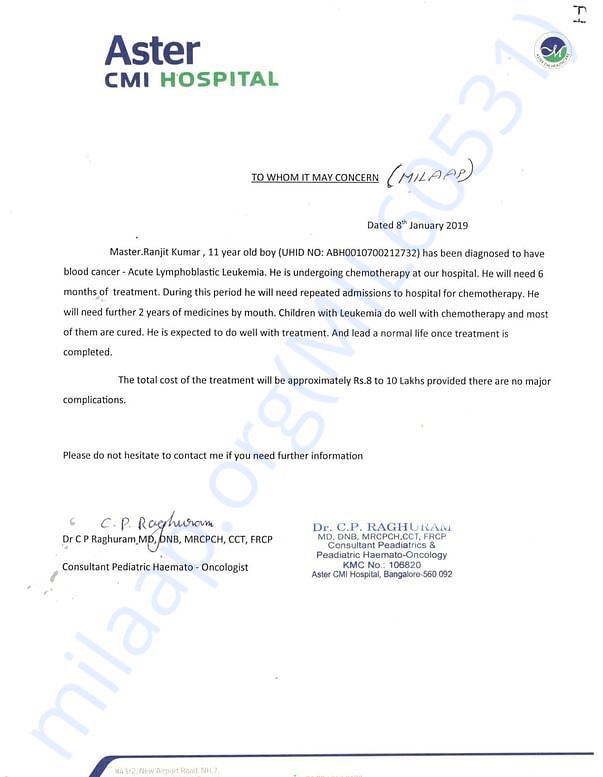 UPI: rzpy.givetomlpranjith0003@hdfcbank (Copy to clipboard)
Or
Click here to read the instructions before you make a bank transfer.

Ranjith is doing a lot better now. He has weekly check-ups with the doctor and once every three months he has an injection to take. The doctor says he has to continue the injection for the next 2 years. He is currently discharged and at home. He will not be able to go to school until his treatment isn't complete for the next two years.

Once again thank you for all the love and support. Please continue to support and pray for Ranjith's speedy recovery.

We are glad to inform that Ranjith has recovered well.  He has to go for follow ups to the hospital. There are injections to be taken once in every three months. He is currently at home.

Report fundraiser
See how thousands are crowdfunding for their causes on Milaap
Rs.576,696 raised

S
You are sending a message to
Saraswati
Go back 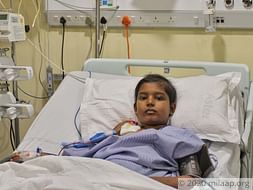