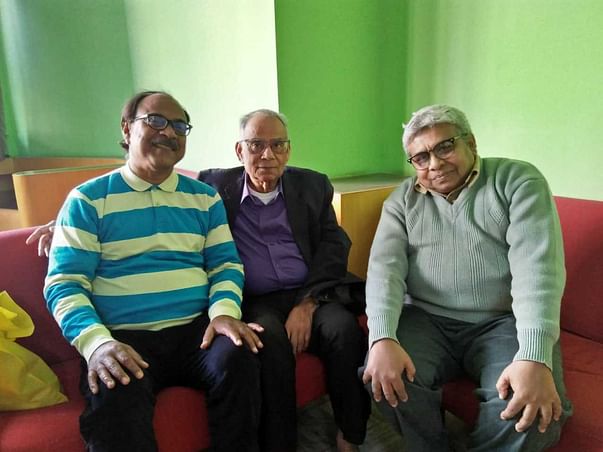 Hi, Smt Anamika Lahiri, I'm here to raise funds and support one of the scientist who is from Ramakrishna mission.
Dr. Swapan Kumar Ghosh, a super dedicated scientist of the country appeals to the patriotic Indians at large to fund his inventions that in combination would wipe away pollution, disease, and poverty. The most startling of his inventions, besides, the all-around cancer medicine from mushroom providing immunity to the fresh cells and destroying the nucleus of the diseased cells to prevent proliferation, a powerful fungicide to decimate the disease vectors about which it was published in the 'NATURE', powerful medicine to cleanse the artery blockages from a Brazilian herb widely grown in India, is the EVERLASTING & RADICAL SOLUTION TO THE MENACE OF PLASTIC WASTE. As we all know that plastic ban is advocated each day and yet it is never possible to weed out the use of the same for obvious economic reasons.

As for now, we have in the world the biodegradable plastic produced from PLA the corn for which is the main source of it. The main disadvantage is that first of all it compromises with food security and a large area is required for its cultivation for the manufacture of plastics. Besides also that, corn production is also associated with the use of pesticides and chemical fertilizers so that the contamination inbuilt is a problem and needs further processing which makes the product expensive. Besides also that it's waste if not disposed of properly shall produce more greenhouse gas than plastic. There are other methods that are being worked upon is that the microorganisms producing carbon chains from food wastes and biomass and that being harvested to make biodegradable plastics. But these researches are in very little circulation and so also are the exploits from them. Besides, the expense factor is also there. Thus while talking about this scientist's invention let it be admitted in the first place that to do away with plastic use is an impossible proposition. Also that the single use of PE plastics is not likely to harm by poison chemicals as in the case of their reuse.

The plastic industry provides bulk employment generation and mostly poor people. What he has done therefore is, A RADICAL SOLUTION BY DEVISING A BACTERIA BY GENETIC ENGINEERING THAT THRIVES ONLY ON PLASTIC. So to prevent landfill the single-use plastic waste are dumped in a reactor and the bacteria left in the chemical medium decomposes the entire plastic mass, a ton in 30 to 45 days and only water is left with which is drained out. No toxicity is left in the land. How the thing is radicalized is that in the municipal wastes it's pretty difficult to segregate plastic and nonplastic items the bacteria would chew only the plastics and the nonplastic bio-wastes are left for composting. The same bacteria can be made available as a spray, liquid, and powder forms. Besides the municipal vat reactor household tabletop reactors shall also be available to dispose of household plastic wastes. Also, the spray could be sprinkled over the land dumps and shall degrade plastic even in rain because of the simple fact that it thrives only on plastics. The heightened part is that the giant in this field Carbios company of France came running and tried to lure him with a garland of money to buy his invention but he pooh-poohed them out of the way. So staunch is the nationalistic fervor that he simply refused to entertain them in any sort of such deal. He had invented it eight years back in 2012 and submitted the project with Govt for a grant. But the same was not cared for despite several reminders. The scientist needs about 10 crores of rupees to complete the project ready for manufacturing and for peoples' use.

Needless to say, it will not only multiply employment in India besides saving employment in the plastic industry but also earn billions of foreign currencies. He thus appeals to the patriotic people in this 135 crore country to donate generously to enable him to gift India this prized invention, first of it's kind in the world.