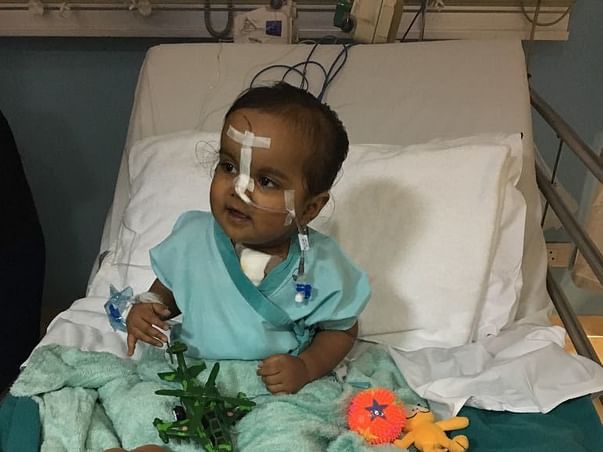 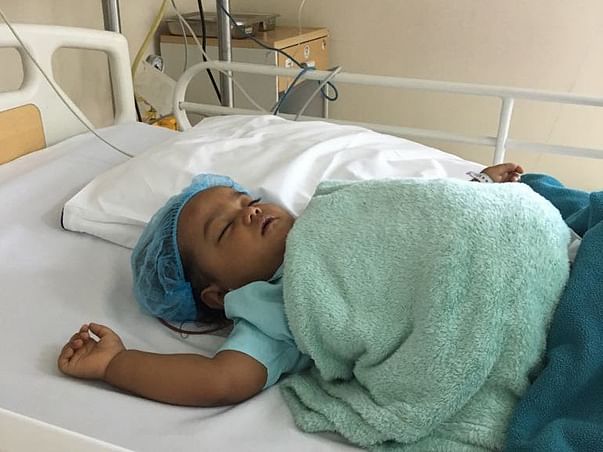 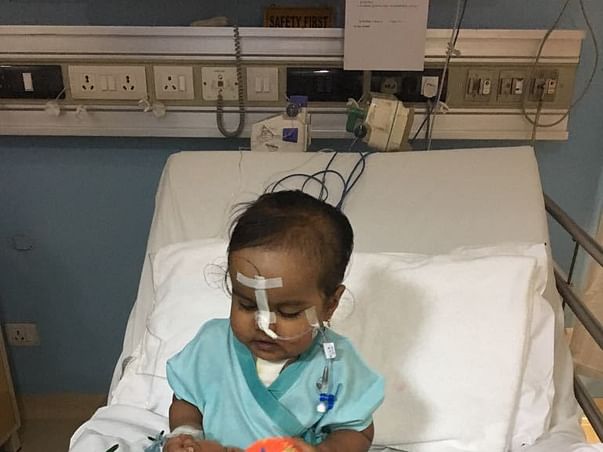 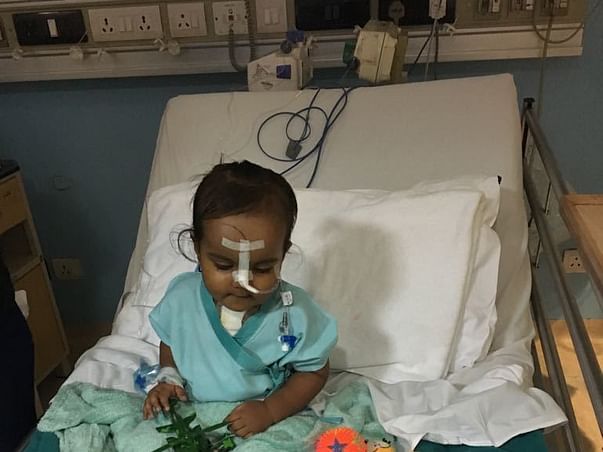 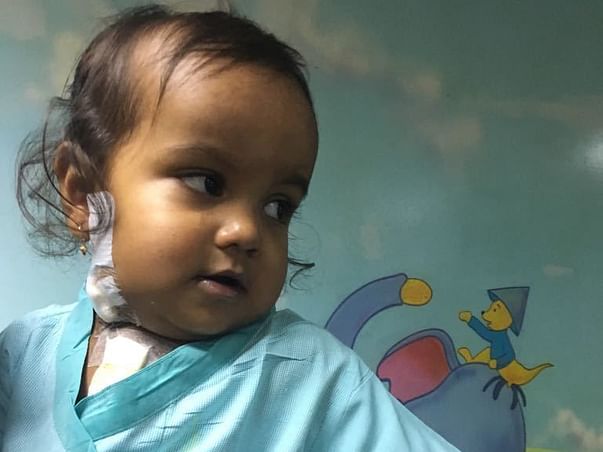 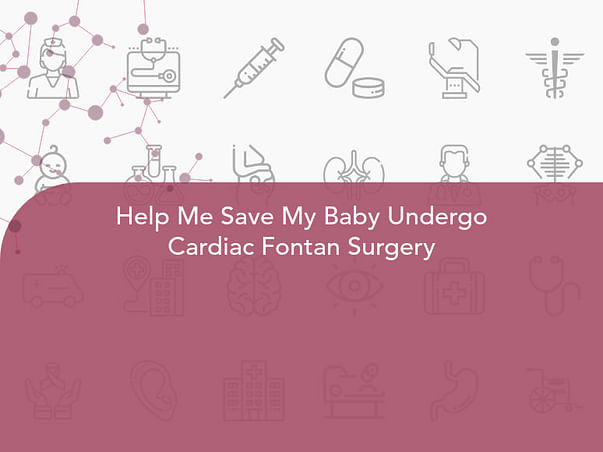 On a regular examination by the pediatrician, Dr. Santosh Kumar it was detected that the baby was suffering from congenital heart disease on 28/03/2016 and later confirmed by ECHO reports at Apollo Hospital, Mysore.

The child was diagnosed to possess a single ventricle in the heart. The Baby has only 3 Chambers in the Heart instead of normal 4 chambers.

The baby has been advised another major operation to be performed between her 3.5 years to 4 years of age.

Initially, the heart sounds of the baby showed a distinct murmur and on exertion, the baby would become blue and breathless due to the mixing of oxygenated and deoxygenated blood. Growth and activity milestones were delayed.

After the Glenn operation, the baby is walking and doing activities better, becoming less blue and attending school.

The above mentioned 2nd operation called, Fontan is scheduled between September and November 2019 at Fortis Escorts Hospital in New Delhi.
The Pediatric cardiac surgeon is expecting further improvement in health, activity, and longevity after the 2nd operation.

The cost of the Fontan Surgery will be INR 700000 which we are unaffordable.

Please help as much as possible by contributing your donations and sharing among your circles in raising the funds soon.