Farmer's Son Has Only 24 Hours Left For Liver Transplant | Milaap
This campaign has stopped and can no longer accept donations.

Farmer's Son Has Only 24 Hours Left For Liver Transplant 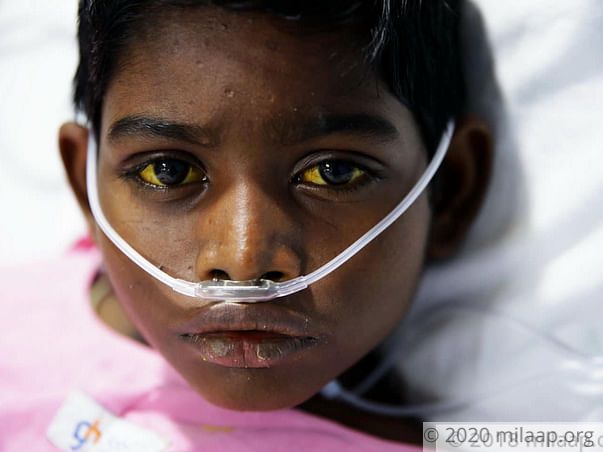 “I have 24 hours to save my son. If he doesn’t get the liver transplant in time, we will lose him forever. Although we haven’t told him anything, he understands how sick he is. He keeps telling me ‘Amma, please be with me till the last minute. Don’t let me go.’ And in those moments, I can do nothing but cry. With each minute that’s passing by, we’re getting closer to losing our son, and we’ve run out of all the money we had. We can’t save him on our own.” - Veerama, Mother.

Deva Kumar is the first son of Veerama and Bujji, who work as farmers in a small village in Andhra Pradesh. He has a little sister who is 5-year-old now. Having grown up watching his parents working day and night just to feed them 3 square meals, he has always been determined to study well and take care of his family. He has always been appreciated by his teachers for his dedication and hard work. However, to his parents' shock, their bright son's fate took a cruel turn leaving everyone in utmost despair.

When Deva told his parents about the pain in his stomach, they thought it may be because of something he ate. The next day, when he couldn't even get up from his bed, they admitted him to a local hospital. He became very weak and started throwing up everything he had. After a terrible fortnight of countless tests, procedures and a liver biopsy in hospital, the poor parents were given the dreadful news -  their son's liver was failing rapidly.


"The same day we took him to a hospital in Hyderabad, which is 300 kms from my village. Our neighbors helped us pay for the ambulance. By the time we came here, his stomach, legs and hands started swelling up. His eyes and skin turned yellow. He was struggling to breathe. I was holding his hands throughout the journey. When we reached here, doctors told us that his liver is completely damaged and he won't survive without a transplant." - Veerama.

Deva now fears for his life

Deva has lost 10 kilos in the past 15 days. His parents did not tell about the severity of his disease, but on hearing about his condition, all his neighbours came to see him. They were shocked to see his condition and started crying. Deva then understood that his life is at risk and from then on he refuses to leave his parents even for a minute.


"We are allowed to see him in the ICU only twice in a day because he is prone to infections. He holds my hands and cries when I go inside. He even asked me to bring his sister to the hospital. He thinks he will not go home again. He wants me to stay beside him all the time." - Veerama.

Poor parents have reached to everyone they knew, but it's not enough

Deva's parents are daily wage labourers, working on others' farms and they earn around Rs 400 per day. Ever since Deva was admitted in the hospital they have not gone for work. They managed all these days with the support of their neighbours and relatives. With the borrowed money, they managed to do all the tests and buy medicines for him. His mother, Veerama is a matching donor for him. But despite the help the received, they cannot afford the life-saving transplant.

"The people in my village are also poor but no one refused to help us. Everyone likes Deva and they are all praying fro him. But nothing seems to be enough. I have just a day left to save my son and still I have not found a way to help him. I cannot imagine losing him. I promised him that we'll not let him go away in pain, but both of us are losing our hope." - Veerama.

13-year-old boy Deva, an active and ambitious boy is now battling for his life. This poor boy knows that his life is at risk and he fears death. His poor parents, who have no savings and income now are struggling to save their son. He needs an urgent liver transplant. His mother Veerama is a matched donor but money stands in their way. Your support can save his life. 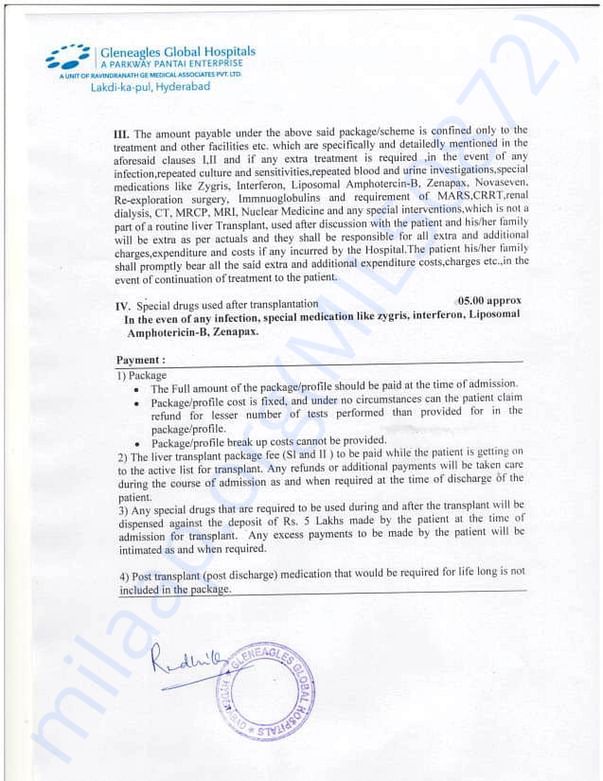 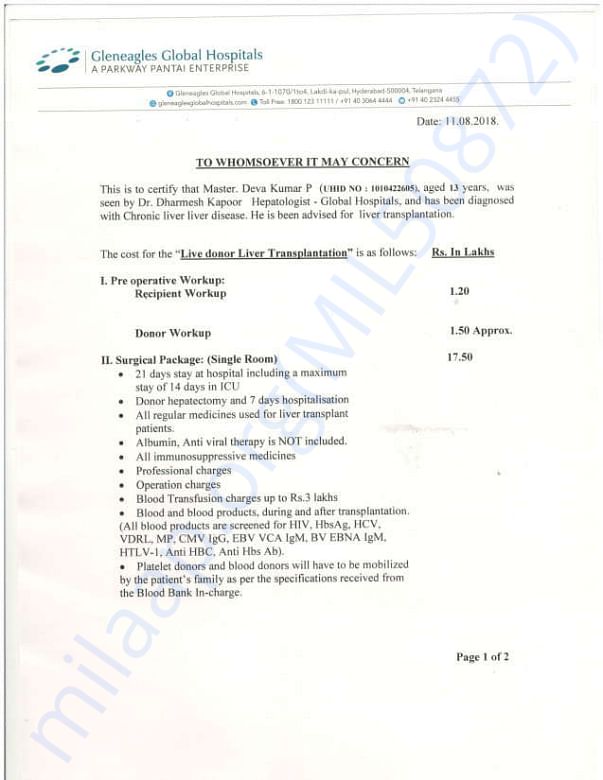 Master Deva Kumar is doing ok. He had to undergo urgent surgery for the  infection. He is stable now and is recovering.

Deva kumar successfully underwent his transplant and is  discharged. He is doing very well and recovering.

Here's a recent picture of his.

We are grateful for all your love and support!

We are happy to inform you that Deva has been moved to the general ward. His health is improving steadily. He has taken to the liver transplant well and is able to eat and walk around. His blood pressure and sugar levels are being monitored continuously and are within the normal range.

Thank you each and everyone, we could not have reached this far without your generosity!

Report fundraiser
See how thousands are crowdfunding for their causes on Milaap
Rs.2,502,638 raised

Donated to this campaign via Paytm? Click here if you can’t find your donation listed below.
RS
RAMA donated Rs.2,500

We wish he recover

Donated to this campaign via Paytm? Click here if you can’t find your donation listed below.
RS
RAMA donated Rs.2,500

We wish he recover 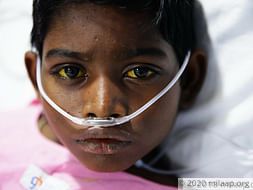 Farmer's Son Has Only 24 Hours Left For Liver Transplant