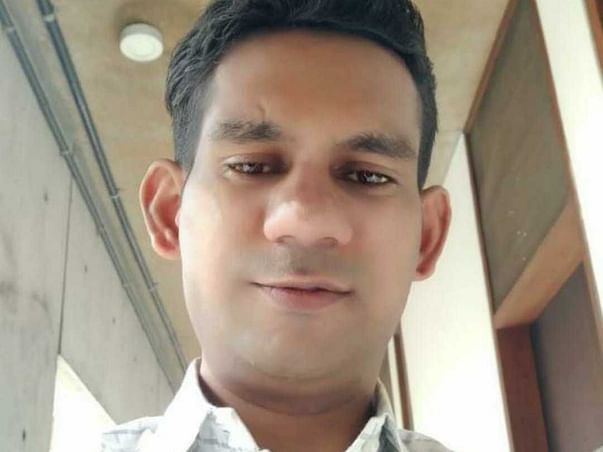 One of the most diligent cleaning staff of IIM Ahmedabad, Shailesh bhaiya has had a special place in the hearts of hundreds of students coming in and out of this campus. Going above and beyond his call of duty, he is often known to lend a hand to students unconditionally, be it helping them with their luggage, getting their rooms set up or sometimes, just having an innocent post lunch conversation that would set their mood right.

Behind his broad smile and the ever cheerful disposition, he hides several hardships and immense struggles which only a a handful of us are aware of. He is the sole earning member of his family, and with a meager salary, is hardly able to sustain the basic needs of his family, leave alone plan a secure future for his children or grant them educational privileges that he would want to. To worsen the financial crisis he has been going through for a while, the pandemic was another major blow, coming at the worst time he could have asked for. With multiple medical emergencies in his family, followed by the marriage of his niece, ad-hoc expenses in the pandemic have further driven him in debt. There have been months together when his family has eaten nothing but Dal Chawal.

His only ray of hope is to somehow gather enough money to buy an Autorickshaw by next year, which could supplement his salary from cleaning and make sure he can assure a better living for his family. He knows that from his salary, this would not be possible, and getting access to collateral free loans is also not an easy option for him. In this situation, let us all join hands and do our bit to ensure that our very own, our beloved Shailesh Bhaiya gets access to an alternate source of livelihood to sustain the needs of his family.

He has been spreading smiles in this campus for decades now, it is time for us to give him the smile that he deserves.

Thank you all for your help and support.

Donate
8 supporters
2%
Raised
Rs.5,500
of Rs.2,50,000
Only INR donations accepted towards this cause
Card, Netbanking, Cheque pickups
Or Donate using