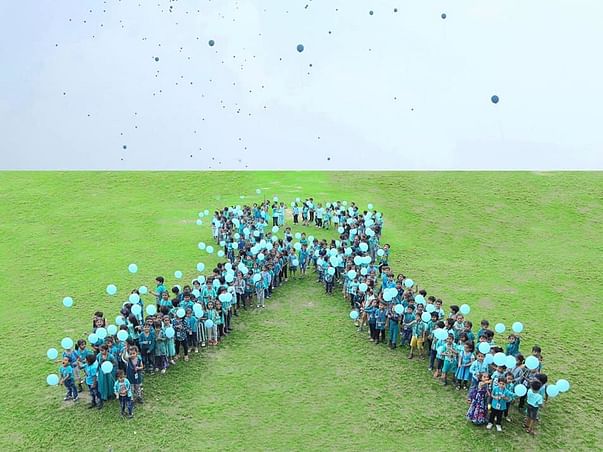 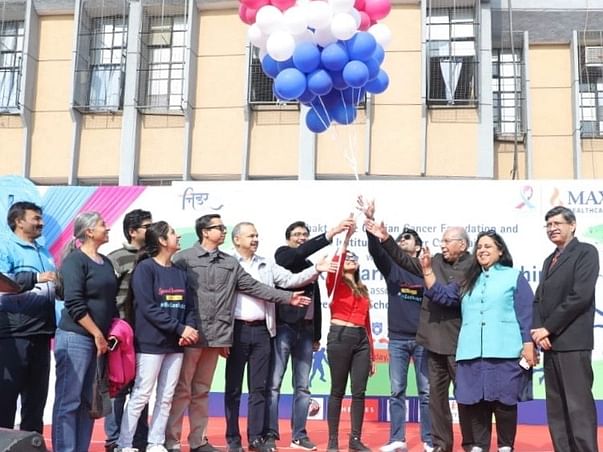 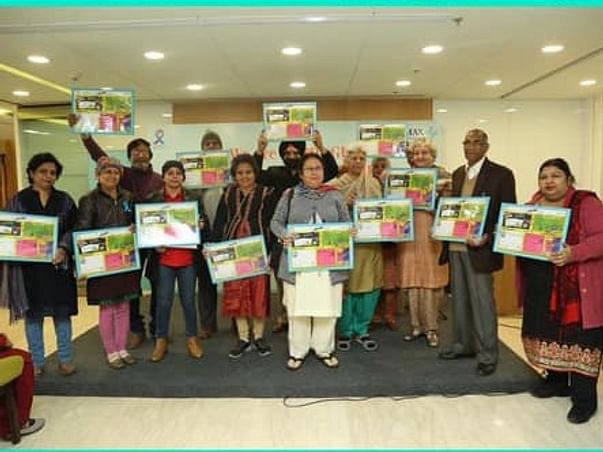 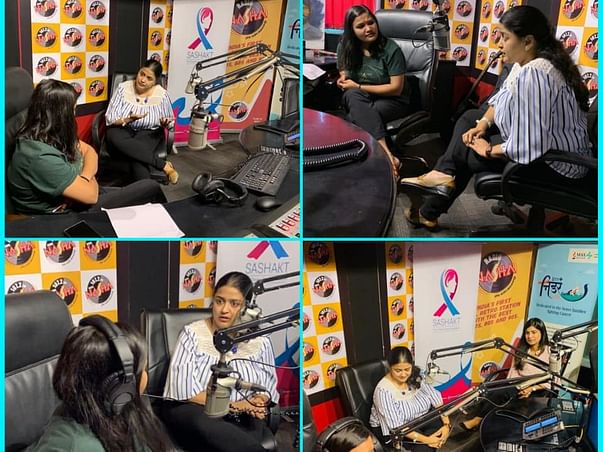 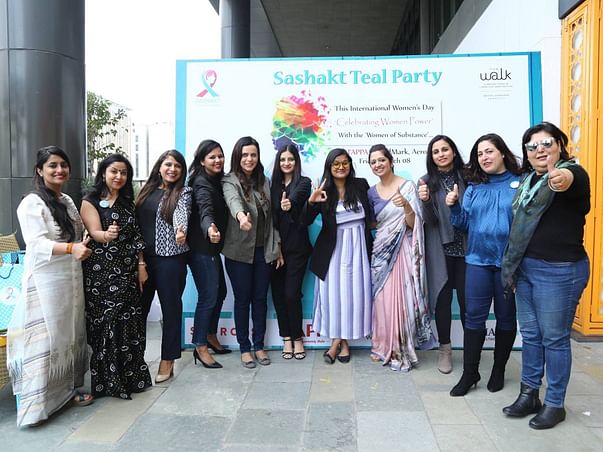 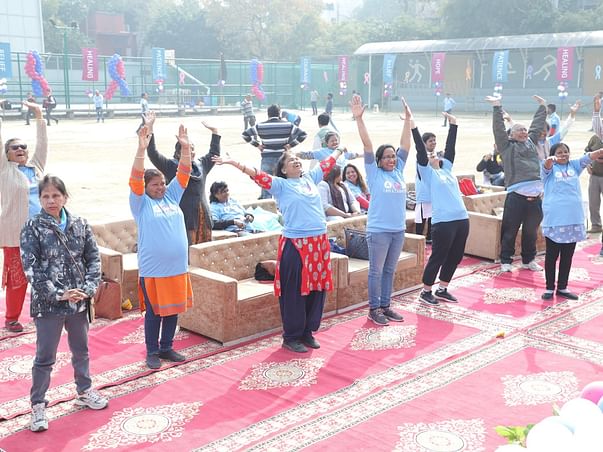 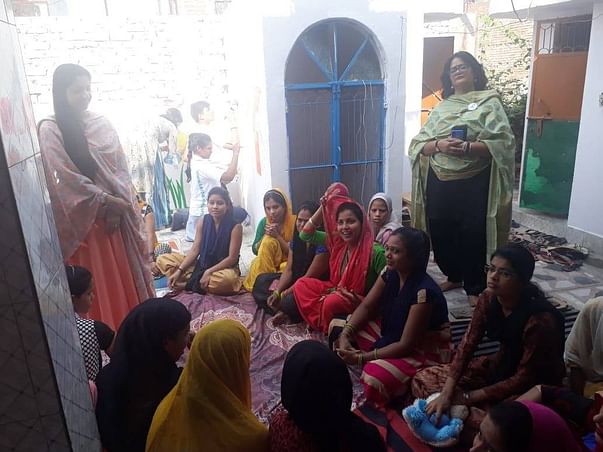 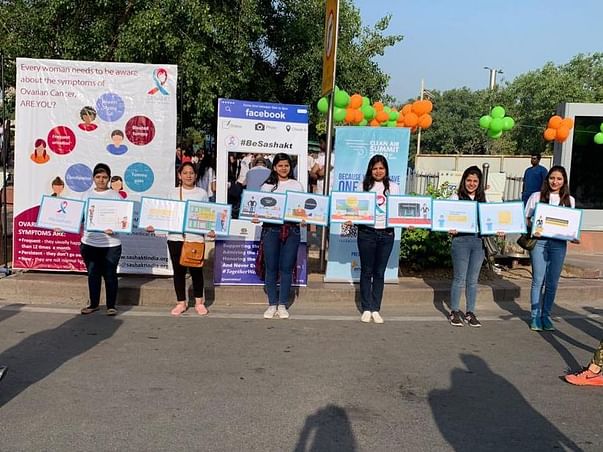 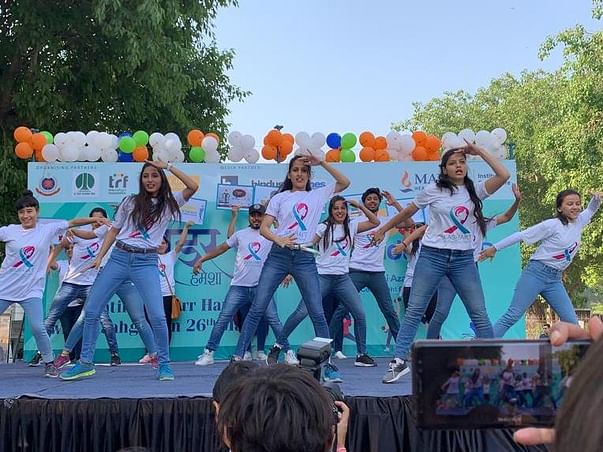 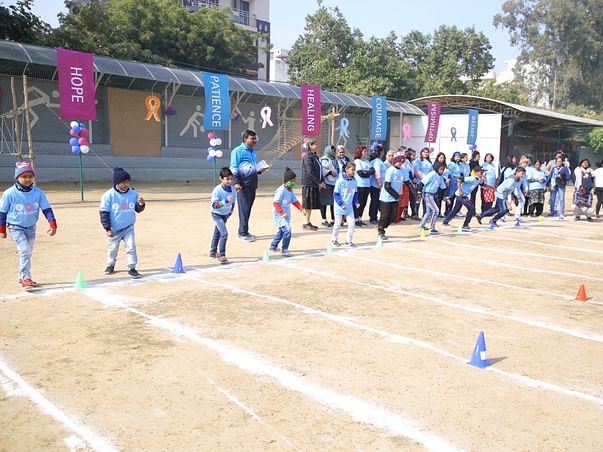 Sashakt – The Ovarian Cancer Foundation is a response to appalling lack of awareness and apparent dearth of organizations working for Ovarian Cancer awareness in India. We are a non-profit organization with the sole aim to make every woman in India sashakt (empowered) with knowledge and support to diagnose and fight the battle of ovarian cancer. We are committed to saving lives and supporting women.

One in every seventy-two women is diagnosed with ovarian cancer, in a lifetime. Unfortunately, 85% cases are diagnosed at Stage 3 or Stage 4, when the prognosis is really poor. However, if diagnosed and treated early, when the cancer is confined to the ovary, the survival rate is over 90 percent. That is why it is imperative that women, their families and the healthcare community recognize the early signs and symptoms of the disease.

There is still some awareness about breast cancer and cervical cancer but for ovarian cancer, awareness levels are absolutely zero. My mother is an Ovarian Cancer survivor and while I was researching for her, I realised that if I would have known the symptoms two years back, she would have been so much better and this is what gave birth to Sashakt.

We have been creating awareness through the following ways:
1. Flagship Events – We organized SASHAKT WARRIOR CHAMPIONSHIP on 2nd February 2020, which was first of its kind multi-sport carnival with matches, races, competitions, activities and exciting prizes exclusively for Cancer Patients and Cancer Survivors. It was a small effort to salute the indomitable strength and never give-up attitude of Cancer Crusaders. More than 200 Cancer Champions participated and made it a huge success.

We organized a Free Health Check Up and Awareness Camp for Sex Workers at Red Light Area of Delhi.
We have also participated in events like Cyclathon organized by Grameen Sneh Foundation for supporting cancer patients and survivors, Cancer Carnival organized by Max Super Specialty Hospital, Vaishali, Chillz-the Winter Carnival of Vivekanand School, World Cancer Day Celebration at Max Super Speciality Hospital, Vaishali and were successful in making a conspicuous difference by empowering people about this fatal disease.


2. Girl on a Mission: “Girl on a Mission” is a micro fiction written by me for young readers. We launched the book at Sashakt Hope Meet. It’s an effort to increase the awareness about Ovarian Cancer and start conversations to answer unanswered queries about the health of every woman. The book is now available on Kindle and the website of Sashakt along with libraries of many reputed schools across Delhi-NCR.
3. Sashakt Workshops and Collaborations: We have been organizing workshops in collaboration with hospitals at schools and colleges for the staff members. We have organized some workshops for rural women as well. A senior doctor along with Sashakt team empowers the attendees with knowledge and support to fight the battle of Ovarian Cancer.
With the firm believe that together we are definitely stronger; we have joined hands with lots of organizations that are helping us to reach out. Our Partner list includes Sheroes, WorldMark Aerocity, Innov8 Co-Working Spaces and Koala Cabs.

4. Sashakt Teal Party Kit: Sashakt Teal Party Kit is a small effort to create awareness through fun. The kit includes collection of ideas, printables & everything you need to conduct a teal themed kitty party. So we are asking women to take charge, conduct Sashakt Teal Kitty Party & empower their loved ones with knowledge about Ovarian Cancer. It’s available on our website: http://sashaktindia.org/teal-kit/
We launched the Kit at Sashakt Teal Party on International Women’s Day at Tappa, Aerocity. With a wonderful idea to bring together bold and beautiful women from different walk of the life, the event was lit up by positive vibes, fun, laughter, compliments, energy, yoga, meditation, dance, conversations and 30 women of substance.

5. Social Media Campaigns: We are creating awareness through our social media platforms. We launched a campaign called “#AskYourMom” on Mother’s Day i.e. 12th May where we asked everyone to talk to their mothers and grandmothers about symptoms of Ovarian Cancer and visit a doctor in case they find symptoms that are persistent for more than 2 weeks. We made the campaign poster with symptoms and around 100 individual posters of influential people who gave their consent with their photographs including Mr. Rajeev Khandelwal (Actor), Mr. Manoj Muntashir (Bollywood Lyricist), Mr. Gaurav Chopra(Actor), Harmanpreet Kaur, Jhulan Goswami, Punam Raut and other women cricket players, renowned authors, entrepreneurs and social activists, which were shared by them on their social media handles which was further viewed and re-posted by lakhs of people. The campaign was a great success because of the support extended by all these eminent people who have huge fan followings. Also, the campaign touched the right chord since it was Mother’s Day.
#BeASashaktAmbassador contest was a social media campaign that was open for participation from 17th December 2018 to 30th December 2018, to spread awareness. Participants were asked to make a one-minute video on their knowledge about ovarian cancer and share it on our social media pages. Surprisingly the social media pages including Facebook, Twitter and Instagram were flooded with the videos and it was overwhelming to see such a response. Sashakt Ambassador best video by Joyeeta Karmakar from Siliguri, West Bengal, won an exclusive teal hamper signed by Mr. Rajeev Khandelwal (Actor and Member of Sashakt Advisory board).
#SashaktCrusader was another online contest that we ran in the second week of August where a video talking to women about symptoms of Ovarian Cancer has to be recorded and shared on our pages. The winner of this contest Kamini Sharma from Mount Abu got to meet Rajeev Khandelwal on 18th August.
Here are some references that can help understand our work further:
Yourstory Interview Link:
https://yourstory.com/herstory/2019/07/woman-entrepreneur-megha-ahuja-sashakt-foundation

Awards and Recognition:
Indian Council for United Nation Relations (ICUNR) awarded me with the prestigious “International Women’s Day Award” on 3rd March 2019, for excellence in Education and Awareness. Ms. Shabana Azmi was a co- awardee and it was an honour to receive it from Major General G.D. Bakshi.
Sashakt is also awarded "Nidarr Hamesha Champion Award" by Max HealthCare on 18th August at Taj Palace, Delhi.
Femina Magazine has featured a two-page story on our work in December 2019 Issue.
The Funds raised will be used for similar activities to ensure each and every woman in India is empowered to diagnose and fight the most fatal women Cancer.