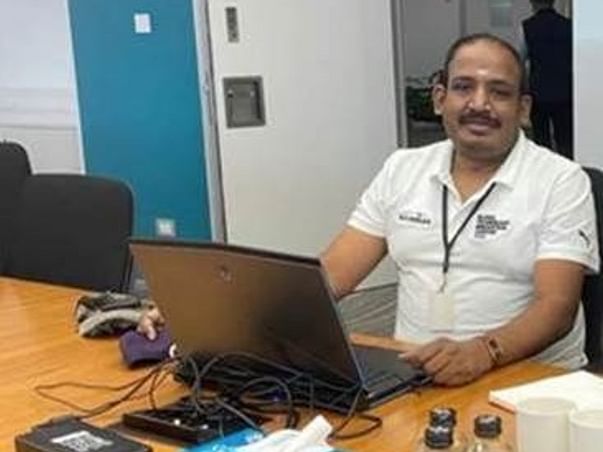 It is with great sadness and heavy hearts that we announce the passing of our beloved Siva on June 5th, 2021 He suffered a major heart attack on Saturday evening and never recovered.

Sivaprakash Rangarajan was a Level 9 colleague working in the CWE team for the last 2+ years. He was leading our design team across industries in client workshops, sustainability initiatives, GTIC and CCC

An unassuming and charming individual, Siva was a silent strong performer and will be missed by many - well beyond those who have benefited from his illustrious and acclaimed designs across the firm. In all that he did, Siva brought a level of energy, drive, and optimism that was the envy of many.

Siva was working from Krishnagiri and was looking after his wife and mother in law who were COVID positive and put his own health at the back burner as a result of this. He developed a severe cough in the last week and even though his RT-PCR report was negative, the CT scan showed that the infection had affected his lungs. Siva had already spent a lot of his savings on the treatment for his wife and mother in law and was adamant that any further hospital treatment especially for him should be in an Accenture empanelled hospital with cashless transactions as a service. Unfortunately on Saturday morning, things took a turn for the worse and he went to the hospital and was looking at options of getting to Hosur for an empanelled hospital for himself. Our team was working with Siva and his family to help with this transition of hospitals. He was being shifted from the hospital in an ambulance but never made it to Hosur unfortunately. He suffered a major cardiac arrest in the ambulance and could not be resuscitated.

Right from the time Siva’s family was admitted in hospital, we have been providing as much assistance as possible to his family. Our team and HR are in touch with Siva and then his family, helping them get through administrative (e.g. hospital admin, bills) and getting the insurance monies and processes completed swiftly.

Siva--a caring and beloved family man, a cherished colleague, a scholar and a friend-- will be missed by many, but never will he be forgotten by those who were fortunate enough to have known him. He is survived by his wife Jayshree and daughter Manthikaa (aged 12). He was the sole breadwinner of the family and am sure had great plans and ideas for his daughter’s education and their life together as a family. While God had other plans for him, as a team we are putting together some contributions to help ease their burden over this immense loss. These funds will be used towards his daughter’s education and to help the family sustain themselves until Jayshree is able to find a job.

I would urge each of you to please contribute generously for our beloved colleague.